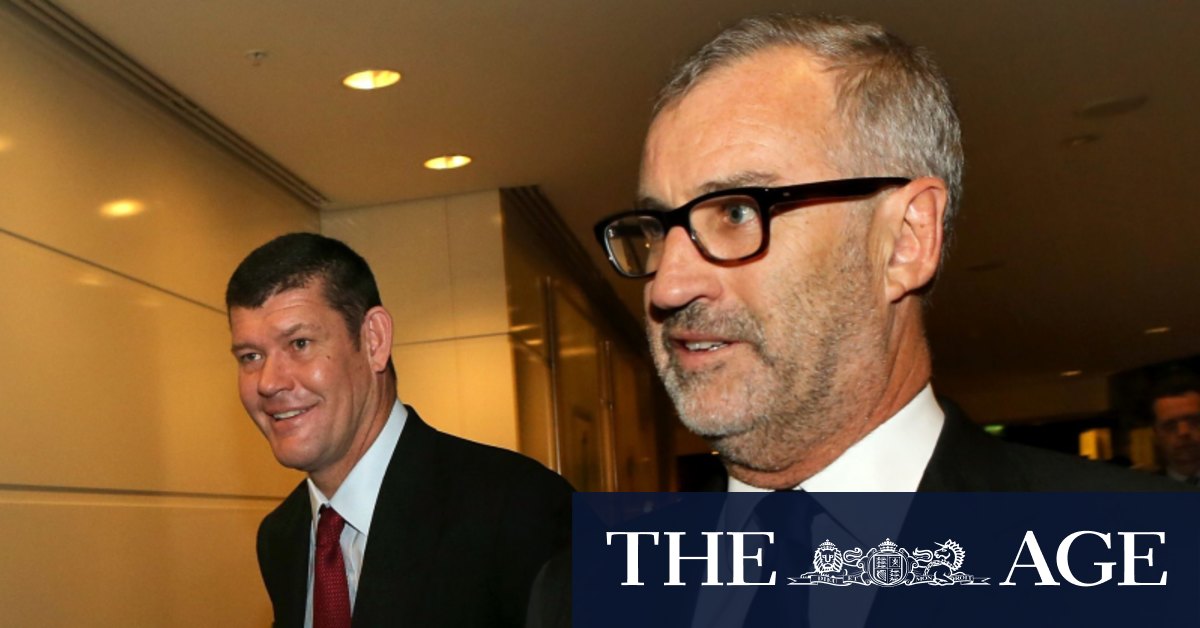 Mr Aspinall said in the absence of any explanation from Mr Rankin about his actions, Commissioner Patricia Bergin was open to find that he failed to notify his co-directors about his concerns – revealed in an email to executives – that Crown should be on “high alert” to the risk of staff being arrested in China, and had failed to follow up on that email to ensure Crown was taking steps to protect staff.

Mr Rankin had also failed to notify his colleagues on the board of the serious threat Mr Packer made in November 2015 to Melbourne businessman Ben Gray after a deal to privatise Crown soured, Mr Aspinall said.

“In those circumstances you may determine to recommend to the Independent Liquor and Gaming Authority that it consider referring Mr Rankin to ASIC for investigation for possible breaches of section 180 of the Corporations Act,” Mr Aspinall said, referring to laws covering company directors’ duties.

Mr Aspinall said a referral would be on the basis that “Mr Rankin, as the chairman of a public company, failed in his obligations of due care and diligence to alert the full board of the need to elevate its concerns for its staff in China to a significant risk and to act accordingly to protect them from arrest by the Chinese authorities”.

“Secondly, Mr Rankin…failed in his obligations of due care and diligence to advise the full board of the serious threat that had been made by one of its co-directors, Mr Packer”.

Mr Aspinall told the inquiry that Mr Rankin was in England and had refused to provide written evidence and contended that the inquiry did not have the power to serve him with a legal notice.