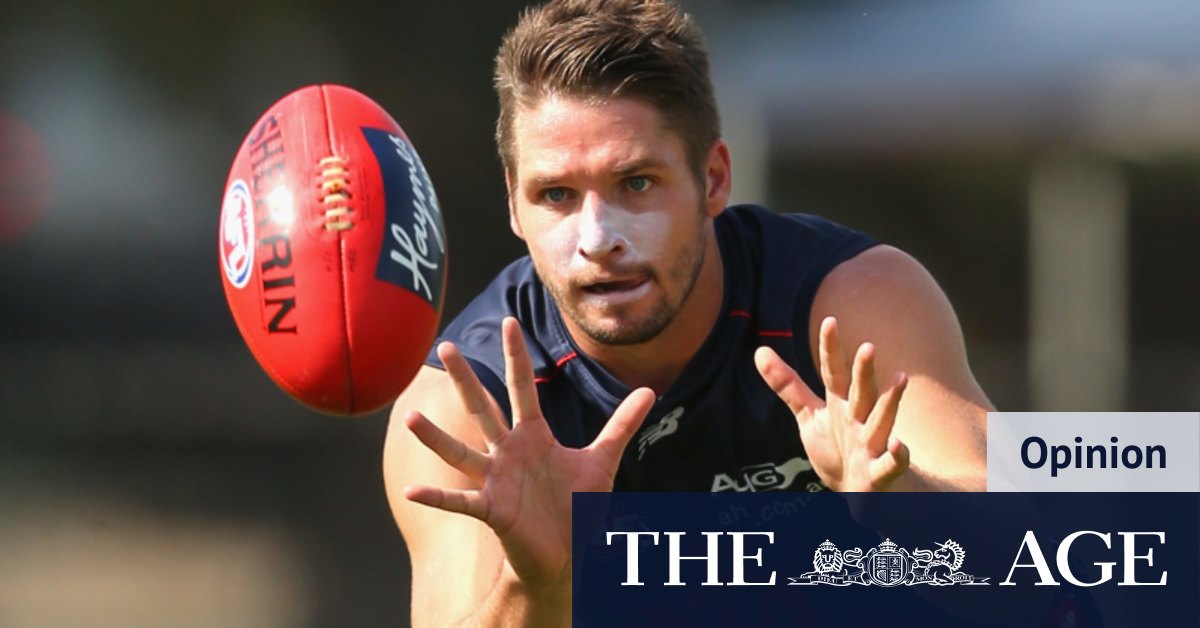 Barely two years has passed since the Dockers lured their own prized marlin back to Perth on a lucrative three-year deal, after intense negotiations. Now the club has fished the 25-year-old on the market, along with burly midfielder Connor Blakely, whose contract expires at the end of 2022.

The Dockers have not publicly declared the duo up for trade but rival AFL clubs confirmed on Tuesday that Fremantle had indicated the pair were available and interested in other opportunities.

The Hogan trade is dividing Freo fans: some are unwilling to part with the huge talent, believing he owes something in return for early draft picks the club gave up for him; other supporters prefer he be traded out for a second or third-round pick and both parties move on.

The former Demon was spoken of by his peers as a generational forward capable of kicking 100 goals a season after a dominant debut year at Melbourne in 2015 but is now out of favour at Fremantle.

In 2018, he averaged 18 disposals, six marks, two tackles and 2.4 goals in his final season and was considered among the competition’s best players before a navicular injury in round 21 cruelled a first finals appearance with the Demons.

After 152 goals in 71 games for Melbourne, the Dockers relinquished picks six and 23 in the 2018 national draft to bring Hogan home, where his football suffered and he made lapses in judgement.

While his currency has dipped sharply, also challenging Hogan is his body. Just 25, the 195cm Claremont product is regularly sidelined with injury, a curse that started in 2014, when he could not debut all year for the Dees due to a lower-back injury initially assessed as a four-to six week setback.

Adding spice in 2020 is the throng of key forwards up for trade, such as Geelong-bound Jeremy Cameron (GWS), Ben Brown (Kangaroos) Joe Daniher (Essendon) and Tom McDonald (Melbourne).

There’s also a suite of AFL clubs desperate for a full-forward, including Sydney, Essendon, Gold Coast, Collingwood, Melbourne and the Kangaroos.

It is perhaps this uncanny scenario that forced Fremantle’s hand to take due diligence and gauge Hogan’s true market value against his contemporaries before his current contract ends next year.

The premiership window is not quite open at the Dockers and they stand to lose much more than they would gain by keeping Hogan on their list.

Coach Justin Longmuir has one shot at setting the right culture at Fremantle and if he doesn’t believe Hogan is on board, as it appeared at times this season, then club and player should find a suitable trade next month to save another year of headline speculation.

After growing up on the Scarborough coastline and dreaming of an AFL career, perhaps Hogan should try salvage his on the east coast at Sydney, whose strong culture and brilliant leadership would help him thrive and survive in the rugby-mad state.