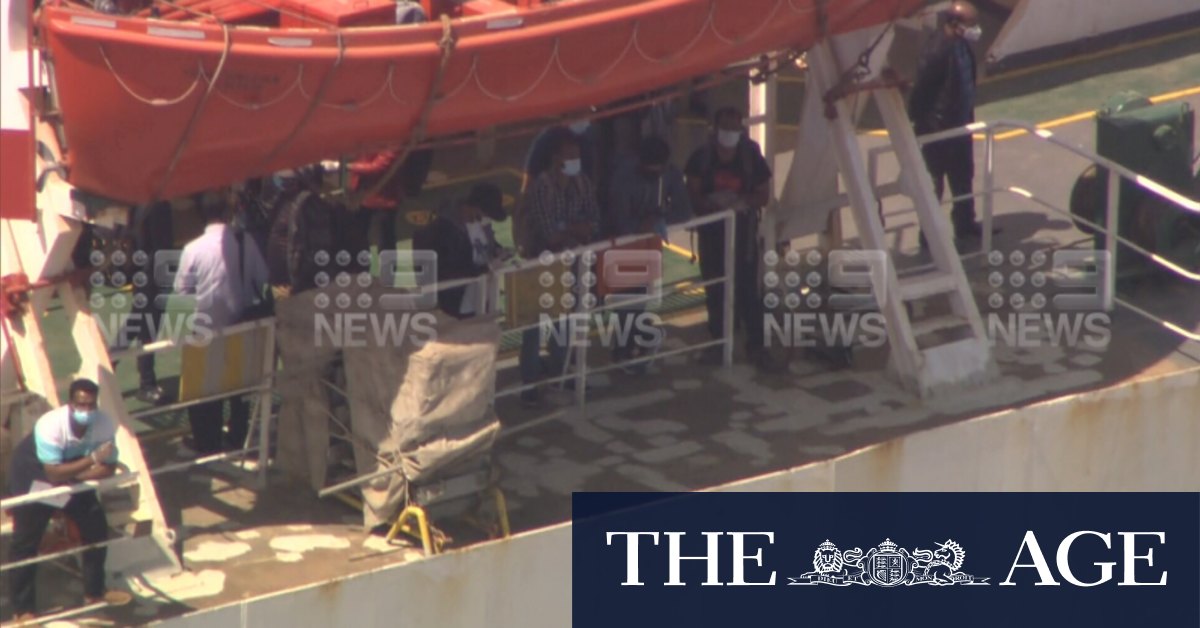 Mr McGowan said one of the measures being considered was turning ships around, or telling them WA could not take their cargo.

“The downside of that is the crews, or ships, may then not tell us they have sick people on board and that creates a whole other series of issues,” he said.

So far 37 of livestock ship Al Messilah’s 52 crew have disembarked in Perth to allow the vessel to be cleaned, with 25 testing positive for COVID-19. One crew member, aged 35, is being cared for in Royal Perth Hospital in a negative pressure room.

About 10 crew from the bulk carrier Key Integrity will also be moved into hotel quarantine today, including two people who have tested positive, to allow for a deep clean on the ship.

Aside from those on ships, there were eight new cases of COVID-19 detected overnight in WA.

The positive cases were Australians returning home from overseas, with all in hotel quarantine in Perth.

Mr McGowan emphasised two of the people quarantining in Perth hotels were from New South Wales; a retort to NSW Premier Gladys Berejiklian, who earlier on Thursday said other states should pay back the cost of putting up their residents in hotel quarantine.

Ms Berejiklian said WA owed NSW “$7-8 million”, and also took a shot at Queensland, calling on the state to “cough up the $35 million they owe us”.

Mr McGowan pondered if NSW should cop a bill for the Ruby Princess debacle and “all the trauma that caused other states”.

The Premier said national cabinet made an agreement that each state would look after any Australians who arrived from overseas.

“Clearly what the NSW government is doing is outside the national agreement that was reached at national cabinet,”

The new cases in WA range in age up to 62 years.

They came from multiple countries, through airports including Doha, Singapore and Kuala Lumpur.

There are currently 1981 people in hotel quarantine in Perth.

The total number of New Zealanders to have arrived in Perth now is 102.