Race-by-race preview and tips for Randwick on Saturday

admin October 23, 2020 Latest News Comments Off on Race-by-race preview and tips for Randwick on Saturday 15 Views 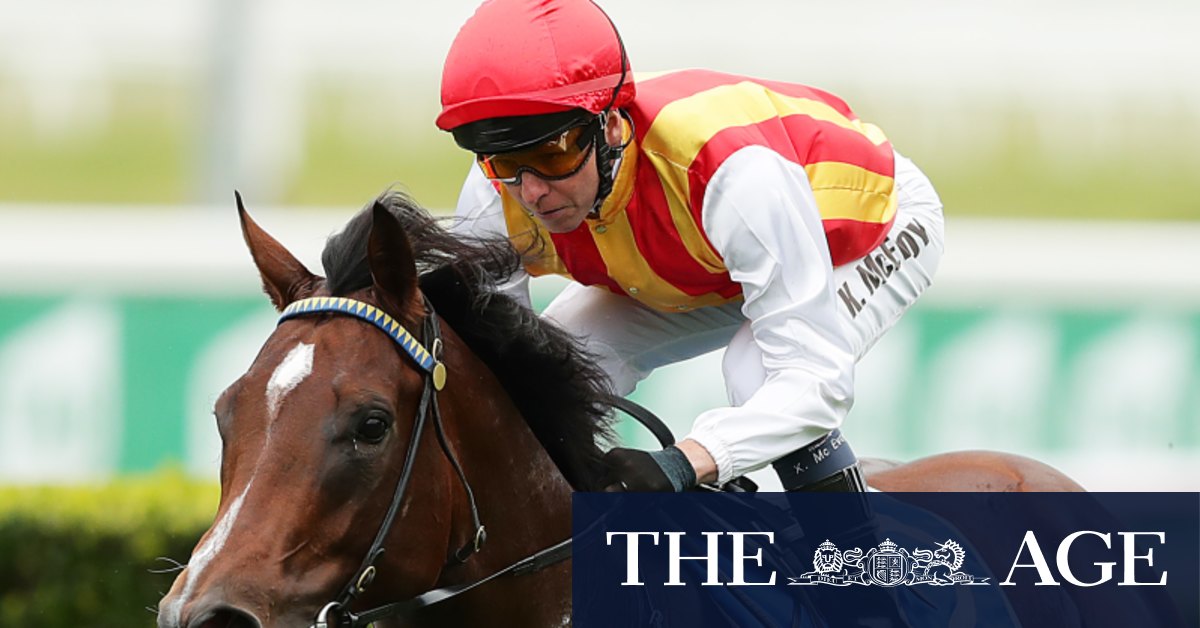 1. Destination attacked the line behind Wild Ruler in the Heritage Stakes the last time we saw him at the races. That was off a month freshen-up, which is the preparation James Cummings has replicated going into this. The son of Exceed And Excel clocked a slick 32.87 seconds for the last 600m there, with 10.75s and 10.89s for this two final 200m splits. That’s humming. Wild Ruler has won again since and is hard in the market for the group 1 Coolmore. Has to stretch his brilliance to 1200m – running beyond 1100m for the first time – but all indications are that it won’t be a problem. 5. Tommy Gold profiles as the forgotten runner. Has always shown glimpses of ability throughout his four-start career.
How to play it: Destination to win.

3. Archedemus stepped out for Team Hawkes for the first time at Caulfield a fortnight ago and liked what we saw from the seven-year-old, having sat outside of very strong speed. The race was set up for the closers. With any kind of control in this, Archedemus looks the main threat to up-and-comer
8. Criaderas, who will be out the back. Last preparation, Archedemus, when trained by Joe Pride, was brave in the Hawkesbury Gold Cup before wet tracks coupled with the inability to find the front in two races thereafter derailed his campaign. Criaderas is a winner of four of his five starts. Last time out he got home over the top of Zakat, with a luckless Bottega in third. He is untapped, but does he warrant being odds-on in a field with even more depth than last time?
How to play it: Archedemus each way.

Having a throw at the stumps with 9. Knights Order, given he is the only leader in a staying race that could be won by any of the nine runners. The import faded late first up in the Port Macquarie Cup but raced keenly in the early stages, having parked on the outside of stablemate Entente, who ran his rivals into the ground. That was after two years on the sidelines. It’s a leap of faith, but you’re braver than me if you’re willing to back the likes of
4. Djukon or 3. Girl Tuesday at single-figure odds. On Girl Tuesday, we can be very forgiving of her last-start failure in the group 1 Metrop where she sat outside of the leader. That’s not her go.
How to play it: Knights Order each way.

2. Prime Star took late ground off 1. Peltzer in the Stan Fox Stakes, having been forced back to last from the wide draw. He maps to be giving away another headstart in this but liked the way he closed. That was jumping from 1200m to 1500m. Thought his run ended at about the 50m mark, which allowed 3. Acrophobic to level up again after he breezed straight past him at the 200m mark. Punters Intelligence reveals that Prime Star’s quickest 200m section in the race was from 400m-200m (11.05 seconds), showing a brilliant burst of acceleration. There looks to be more pressure in this, which is key in making a case for Prime Star to turn the tables. Peltzer will have
4. Street Dancer and 9. Elizabeel for company up front, but he’s the class runner here.
How to play it: Prime Star to win.

9. Asharani hit the line hard behind 8. Athiri first up when only Hilo and Handle The Truth clocked faster last 600m splits. Asharani not only meets her 1kg better off for the 0.2-length margin but also strips fitter second up. Athiri is deep into a preparation. This looks to be a target race for Asharani, being a second-up winner at her last three preparations. It’s hard to split these mares, but that factor shouldn’t be overlooked – that she has been set for this. A lot of her rivals here boast better ratings but it looks an afterthought for most, with the majority coming back after busy campaigns. Brenton Avdulla has ridden the five-year-old five times for two wins and a narrow miss (to Trumbull).
How to play it: Asharani each way.

Benchmark 88s don’t come much deeper than this. One failure and
1. Inanup goes back to being ignored by the market. In his past five wins, the seven-year-old has jumped at $11, $8.50, $7, $9 and $5. Now, that ‘‘failure’’ was in the group 3 Show County, where he found himself in front. It’s a race that subsequently provided the Epsom quinella. Prior to that, the gelding won two on the bounce. Jarrod Austin has freshened him up with The Hunter in mind, so expect there to be some improvement, but he is a horse that always runs well first up. From the perfect draw, he can only run well. 4. Outrageous is another runner here that the market has overlooked. No knock on 5. Hilo. He is bursting to win now third up after two terrific runs.
How to play it: Inanup to win and Outrageous to win.

Happy to forget that 6. Betcha Flying ever ran last start. Wipe it from the record. The four-year-old parked outside leader Discharged in a fast-run race over the Randwick mile. She was entitled to knock up late. The daughter of Uncle Mo jumped a heavily backed $4 shot in that race. She drops back in grade here and, although she slides up in the weights on the back of that, like how this race sets up for her. 11. Icebath has been in and around the money all preparation without winning. She was in the deep end last start when fifth in the Silver Eagle, but she held her own. Was beaten less than a length in the Kembla Grange Classic at her one previous try at the mile, but the tip still has to be a slight query.
How to play it: Betcha Flying to win.