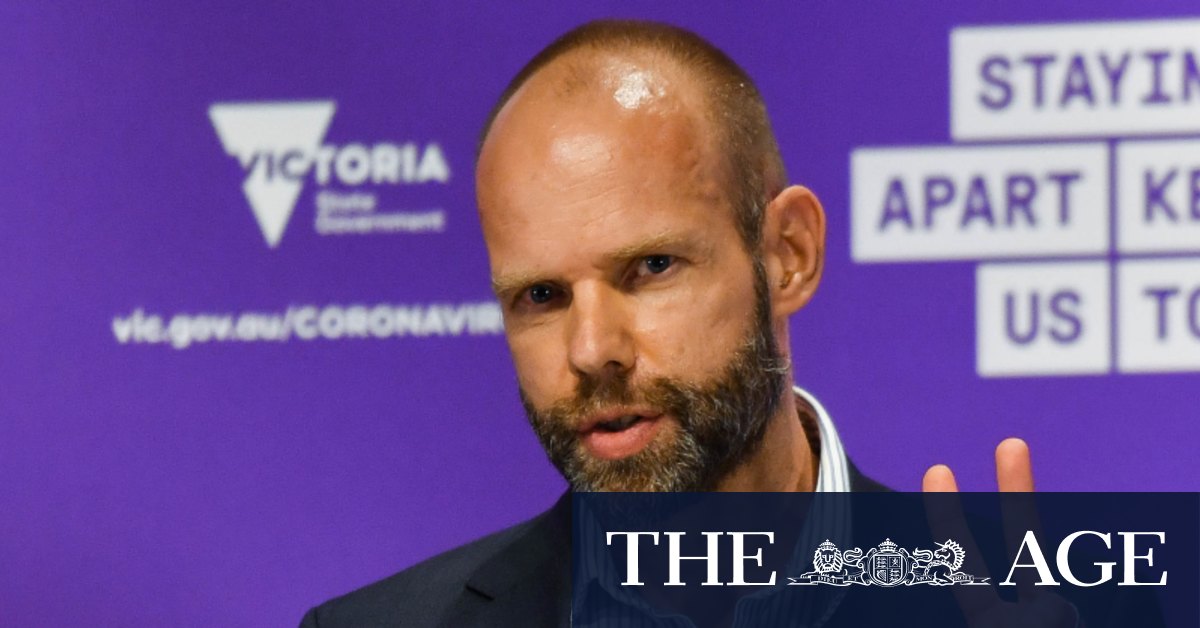 With all Melbourne students due back at school on Monday – when those in years 8 to 10 will return to the classroom for the first time since the end of term two – Victoria’s testing commander Jeroen Weimar said communication channels between the state’s education department and public health officials had been improved.

“We have strengthened those arrangements over the last 48 hours,” Mr Weimar said. “There is now communication between the education department and the schools concerned to identify any students who are positive [or] close contacts.”

When pressed on why this was not in place previously, Mr Weimar said the recent trend of low infections meant authorities could now take a closer look at individual cases.

“We are now at a point where we can manage the individual cases far more closely,” he said.

Opposition education spokeswoman Cindy McLeish questioned why it had taken the department so long to tighten contact tracing processes for schools.

“They’ve had seven months to get these systems in place; they’ve had failures in the school system previously,” Ms McLeish said.

Education union leaders said contact tracing at schools had improved vastly late in term three, after a unit dedicated to schools was set up inside the Department of Health and Human Services.

Before that, schools that had closed due to a positive case could wait more than 10 days to hear from contact tracers.

“We had some concerns early on about delayed contact tracing and the length of time schools were closed, but certainly in the latter half of the second lockdown that’s massively improved,” Australian Education Union Victorian branch president Meredith Peace said.

As of this week, the Department of Education and Training will inform schools of which students are contacts of positive cases and should not be in attendance.

The statewide 14-day case average has fallen to 5.8, down from 6.4 on Thursday and there were 10 mystery cases and just five active cases linked to aged care.

Mr Andrews said that restrictions would still be overhauled as planned, with the details to be announced on Sunday. He stressed that areas with outbreaks would not get different eased restrictions to the rest of metropolitan Melbourne.

In late June, as coronavirus numbers spiked, 10 Melbourne postcodes were locked down to halt the spread.

But Mr Andrews said that a similar approach would not be taken this time. “We just don’t think that works,” he said.

The Premier also said that he intended to resume international flights by the end of the year.

The cluster includes 28 cases from six households, one of whom was a primary school student who attended school for two days while infected with COVID-19 this week. This is up from 16 infections linked to the cluster on Thursday.

Mr Ozyurek said this week he did not know the boy was meant to be isolating at home, because the Department of Health and Human Services had not passed this information on to the school.

A source involved in contact tracing the northern suburbs outbreak, who spoke on the condition of anonymity because they were not authorised to speak publicly, said they identified earlier this week that a lack of communication with the school was an important failing.

“It was clear to us that the school was not actually aware the student’s family was in isolation,” the source said.

“They should have been told about the household case in order to know whether it was appropriate for the student to go to school.”

Health authorities said the parent who was the latest positive case was not in isolation in the days before their positive test because they were not deemed a close contact of the student.

The parent had few close contacts and was largely house-bound in the days prior to testing positive.

Julie Podbury, Australian Principals’ Federation president, said throughout the pandemic, parents were generally the first to inform the school of a case, with official word from the department coming days later.

“Often schools are first informed through families and it just surprises me that it does take so long when it’s so serious,” Ms Podbury said.