The end of democracy? If Trump loses, Trumpism still wins 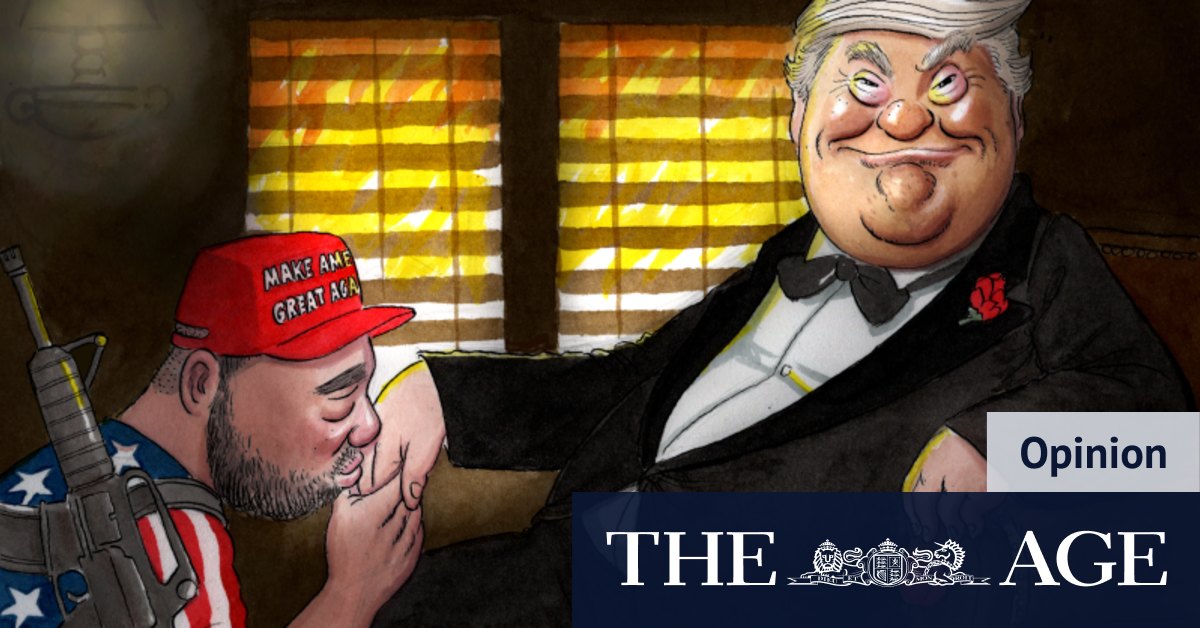 The Commission on Presidential Debates decided that, after the first debate between Trump and Joe Biden, it would mute their microphones during parts of the second. Because the President could not be trusted to be civil or to obey the rules.

Yet these are some of the very reasons that 43 per cent of Americans stand ready to entrust him with the button that has existential power over the human race.

“That’s the thing that’s most distressing,” Francis Fukuyama tells me. “He still has the support of more than 40 per cent of American voters and they love him – they love the fact that he’s wrecking the US government,” says the world’s most famous political scientist.

Or, as the election analyst Charlie Cook of The Cook Political Report puts it, “Voting for Trump is a cultural statement.” It’s not subject to events.

If he is re-elected, it will show that a politician can spin a pandemic, that populism can triumph even over the ultimate reality – death.

Populism isn’t just another word for popularity. Populism, in the definition I favour, elevates the simple wisdom of the common people and denigrates elites. It’s a political style that offers unworkably simple solutions to complex problems.

In response to the coronavirus, this is exactly what Trump has done. Lie about it – “totally under control”. Ignore it – “like a miracle, it will disappear”. Offer fake cures – take hydroxychloroquine, potentially “one of the biggest game changers in the history of medicine”.

By the time the plague has finished with America, we can say with certainty that more than a quarter of a million citizens will be dead. Many or most of those deaths will have been preventable. Projections suggest the eventual total will be far greater.

By the time the winner of the presidential election puts his hand on the Bible to swear his inauguration oath on January 20, the total could be approaching 400,000 dead Americans, according to the Institute for Health Metrics and Evaluation at the University of Washington School of Medicine.

That would mean the US had allowed COVID-19 to kill more Americans than the Nazis, the Japanese and all America’s other World War II foes managed to kill in combat. US battle deaths from that conflagration totalled about 291,000.

The pandemic has exposed the limits of Trump’s nonsense populism. Fukuyama says Trump would be easily re-elected if not for the plague. But it also has revealed the power and persistence of his appeal.

Even if Trump loses, it’s “scary because Trumpism survives Trump,” says Fukuyama. The movement lives on even if he’s voted out at the November 3 election.

“The core of Trump’s support is still going to be there. He will be encouraging them. A lot of Republicans [in Congress] have thrown their lot in with him.” He would become ex-officio leader of the opposition.

Fukuyama thinks Trump’s presidency is so dire that it qualifies for a special category of government, a word long out of use: Trump’s America, he says, is a kakistocracy.

Norm Ornstein, a longtime scholar at the American Enterprise Institute, explains: “It’s the worst kind of government by the worst among us.” The word is based on the Greek kakistos, meaning worst. But it’s simple, really: “Ask any child what kaki is,” says Ornstein. “Kakistocracy is shit government.”

To convey just how bad he thinks the Trump presidency is, Fukuyama first reaches for comparison with a Third World regime, but then says it’s more like a Mafia family takeover.

“It’s a family that’s somehow seized control of the US government and they want to use government to enrich themselves and everyone they know and use the law against their enemies. It’s old-fashioned corruption,” says Fukuyama, who is based at Stanford University and chairs a new magazine, American Purpose.

Trump this week pressed to use the law against his rival for the White House. He said publicly that he wanted his Attorney General, William Barr, to launch a criminal investigation against Joe Biden. “He has to act,” said the President.

“This is so far out of out of any experience we have had in the US, certainly in the last century,” says Fukuyama, the author of The End of History and the Last Man, and a two-volume history of world politics.

Because Trump’s America is a kakistocracy, the election is about far more than policy. While most elections are fought on policy issues, that’s outweighed by two more important factors, according to Fukuyama.

One is institutions. “Trump has attacked virtually every important check-and-balance institution in the US that’s got in his way – the intelligence community, judges, the media. Every significant constraint, he wants to get rid of it.”

Of course, he’s also opposed to the ultimate constraint in a democracy – the outcome of elections, unless he happens to win. For four years, he’s consistently refused to commit to accepting loss at the ballot box.

“Once you undermine the normative order and institutions, it’s extremely difficult to put them back together, whereas you can always change policy,” Fukuyama observes. “That’s why I think this is the most important election of my lifetime and this century.”

The other is leadership. “It’s got crazy when you have a US president promoting completely outrageous false information like QAnon,” the fantasist conspiracy movement. “He came into office completely unprepared and instead of being awed by the responsibility, he’s failed to take it seriously. From top to bottom, he’s filled his administration with mediocrities whose only qualification is loyalty to the President’s family.

“Almost every statement that comes out of his mouth is a lie. It’s hard to imagine anyone with worse judgment and less qualified to be president.”

And, of course, Trump took the Republican Party with him. Francis “call me Frank” Fukuyama explains the effect on the party: “With all the changes going on in society, the Republicans are realising there’s not enough people like them in the country. The party has two ways it can go. It can open itself to more women, Hispanics and black people, and that’s where they thought they were going.

“Instead, they went in exactly the opposite direction to an increasingly narrow and unrepresentative base of white, working class, poorly educated people resentful about all the changes going on in society.”

The party, in other words, went with Trump, whom Fukuyama doesn’t hesitate to call a racist. “Trump got his start arguing that Obama was not born in America and it’s only gotten worse. He’s encouraging racists across the US to be bolder.

“So the Republicans think the only way they can win is by suppressing Democrat votes. So in every Republican state there’s efforts to suppress the vote. They have to rely on non-democratic means to hold power. They realise they can’t win elections fair and square so they are taking increasingly authoritarian positions.”

The combination of Trump’s attacks on the institutions and the principles of democracy and the Republican Party’s repressive methods means that democracy itself is on the ballot.

The consequences will ripple out across the world. Fukuyama fears for the fate of US alliances if Trump remains in power: “I don’t think NATO and our other alliances will survive another term.” When I point out that Australia’s US alliance, after a rocky beginning, has remained relatively unharmed, he thinks I’m premature: “He’ll probably get to you sooner or later.”

More broadly, Fukuyama argues that America has lost any moral credibility in the world. Trump’s Secretary of State, Mike Pompeo, continues to criticise human rights violations and undemocratic practices in countries such as China, Iran and Venezuela, but, says Fukuyama: “I think everybody listening to this thinks, ‘Well, what about your boss?’”

Our weekly newsletter delivers expert analysis of the race to the White House from our US correspondent Matthew Knott. Sign up for The Sydney Morning Herald‘s newsletter here, The Age‘s here, Brisbane Times‘ here and WAtoday‘s here.

Previous Tears flow as first flight carrying stranded Australians lands
Next 2020 hindsight: how the AFL found a way through the season