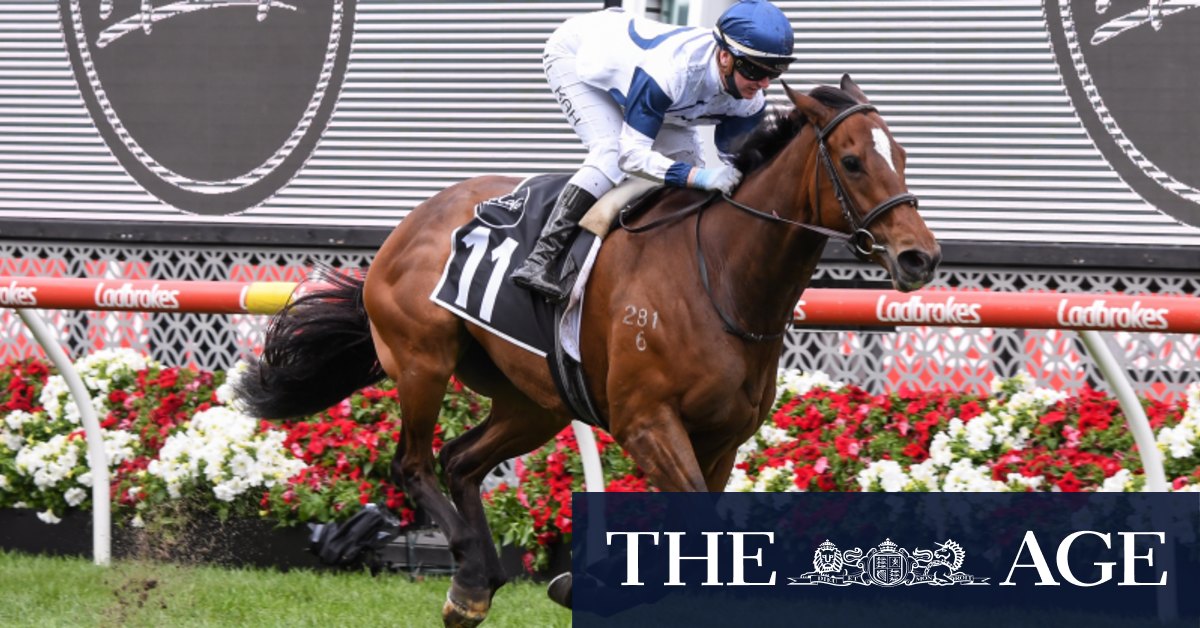 “God that was a good win,” Kah said, following her third winner for the day.

“The best thing about riding for Danny is their horses are so fit.

“She really didn’t like being on the rail last start. I don’t think she liked being crowded and today I think she got a beautiful run down the back straight and that was a really tough win.

“I never really wanted to go inside horses because of last start so I was happy to bide my time. She’s flying and going super and so is the team.”

O’Brien said the stable has been pleased with how Miami Bound has been going, despite punters overlooking her for Saturday’s race which she won with a starting price of $23.

“She’s a much better horse when she gets out in distance, a mile-and-a-half [2400 metres] at least, and obviously she grows a leg on the soft so there were a few things in our favour today,” the reigning Melbourne Cup-winning trainer said.

“But we’re thrilled to see her win again. She gave us a great thrill last spring in the Oaks and it’s still a big effort to come back here and beat the boys and win the Moonee Valley Cup.

“Soft 7 today and she just grew a leg, she was never going to get beat.”

O’Brien said she deserved a start in the Melbourne Cup with 51kg on her back, subject to Racing Victoria’s chief handicapper Greg Carpenter handing her a weight penalty next week.

“I would think she’d definitely be an acceptor now,” O’Brien said.

“She’s won that impressively and when you’re that close to it, it’s pretty hard not to run.

“It’s still been difficult for those Oaks winners to come back and win a Melbourne Cup, I don’t think it’s happened for 30 or 40 years, but I think we’ll be there on the first Tuesday and giving it a crack.”

Runner-up Shared Ambition will have to win Saturday’s exempt Lexus Stakes if he is to earn an 11th hour start in the race, while co-trainer Mick Price was happy with Oceanex’s performance.

“Today was stand up day. I thought she did stand up after having to do a bit of work early and hitting the front too soon. For her to run third, beaten a short margin, was excellent,” he said.

Prince Of Penzance was the last horse to complete the Gold Cup-Melbourne Cup double in 2014.

Kah finished the day with four winners after claiming the final race on La Mexicana.

Previous Outside the stadium: Panthers’ super fans
Next Melbourne inner-city childcare services the most expensive for parents