No crowds at this year’s Melbourne Cup carnival

admin October 25, 2020 Sport Comments Off on No crowds at this year’s Melbourne Cup carnival 39 Views 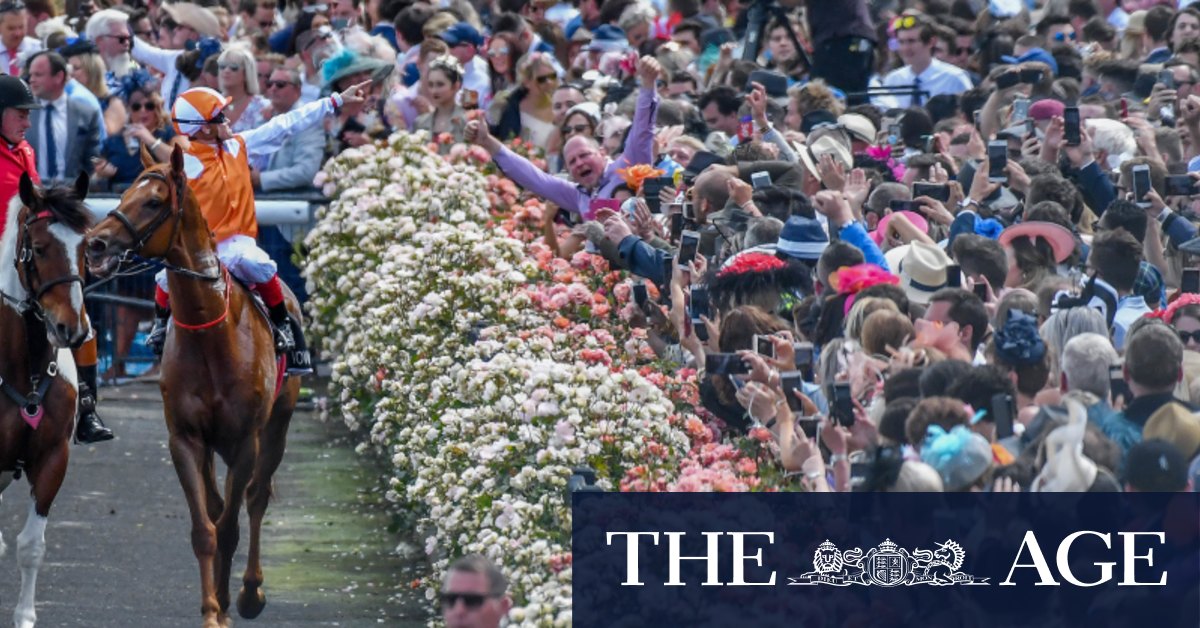 “What is certain is the Melbourne Cup carnival will go ahead with viewing audiences watching from across Australia and around the world. The spirit of Cup week, the high quality racing and the 160th running of the people’s Cup will be enjoyed by millions.”

More than 300,000 people attended Flemington over the four days of the 2018 carnival, according to the VRC’s most recent annual report, which provided an economic benefit of $447.6 million.

But this year’s Cup will be run and won in front of empty grandstands, just like Saturday’s Cox Plate and the Caulfield Cup seven days earlier.

During the peak of the pandemic the club had been preparing to host anywhere between 50,000 and no crowds by the first week of November, but that best case scenario was constantly revised as metropolitan Melbourne’s lockdown endured.

Last week’s announcement that about 500 people would be allowed at Moonee Valley for both the Manikato Stakes and the Cox Plate provided some optimism that the VRC’s biggest events could be attended by some of the general public, but Victoria’s racing minister Martin Pakula was forced to reverse his decision following community backlash.

Elliott, as recently as Wednesday, was optimistic restrictions would be eased by Cup week to allow some patrons on course.

“We are absolutely working with government and I think restrictions should look a bit different come Cup week,” she told 3AW on Wednesday.

That did not come to fruition on Sunday, however, with Victorian Premier Daniel Andrews announcing a delay to the easing of restrictions.

“I know it is frustrating,” Andrews said.

“I know people are keen to have a long and detailed list of changes to the rules. It is not appropriate for us to do that now.

“It will be in the next couple of days and we will not be, I don’t think, really in any meaningful way behind schedule but we had already set.”

Pakula has said that some crowds would be allowed back to the races if it was decided by the government’s public health team it would be safe to do so.

“We’d all love to see connections and maybe some racing fans there during our group 1 classics, but we don’t want to jeopardise our steady exit from restrictions, nor would we want to put at risk the amazing job racing has done to continue right through this pandemic,” he said earlier this month.

Previous Dodgers fumble twice, Rays walk it off in bizarre finish to game four
Next Independent A-League will prop up cash-strapped clubs