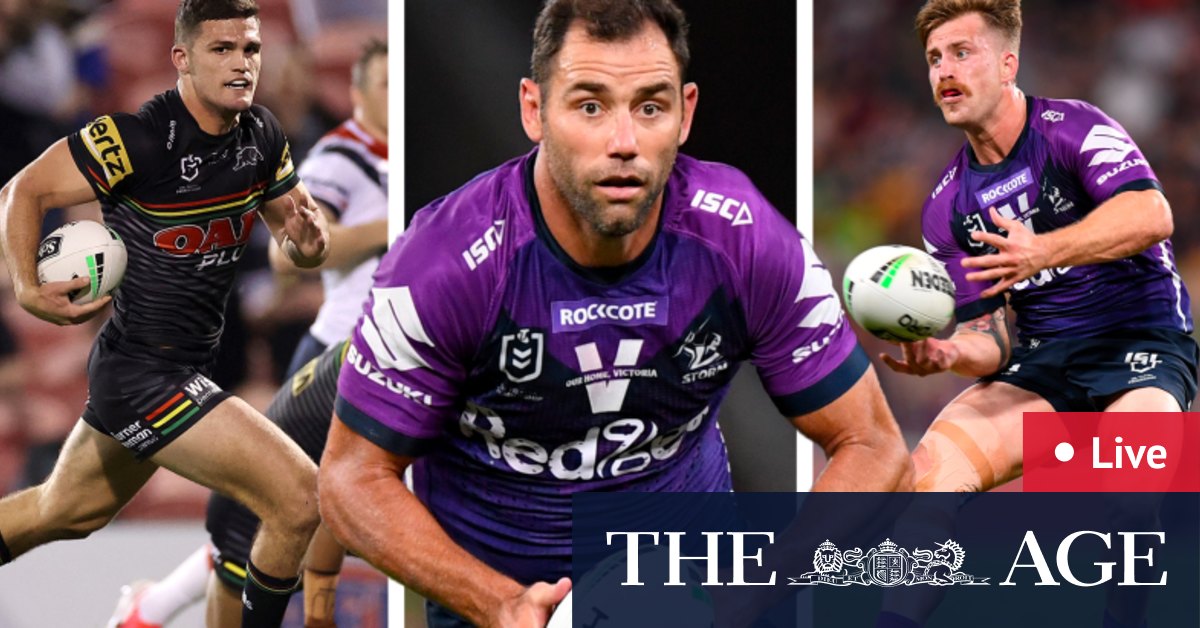 They tend to default to halves and hookers but Hall was a break through the middle for Brisbane and deserved that completely. Roosters were great, Caslick would have helped, especially in that weather, but they are building something good at Bondi Junction.

One down. One to go. We begin the countdown to Panthers-Storm.

The Broncos triumph one again. They win 20-10 in horrid conditions and get a third-consecutive premiership. It was scrappy at the end but they came up with some big defensive plays and kept their cool for the most past, while the Roosters will be disappointed they couldn’t take some of their many opportunities in the second half.

Some big performances for the Broncos, Tamika Upton one of the best, Ali Brigginshaw a star but I thought Amber Hall was the most destructive performer and was the best on the park. Let’s find out who wins the Karen Murphy Medal.

Some good defence but every error seems to be met with another error at the moment. Neither side really finishing with any sort of flourish as Hall makes another strong charge out of yardage. Now there’s a good shot on Upton who is rocked in the contact. Brisbane only have to hang on for a few minutes here and they are winners again.

Brilliant defensive read from Meg Ward as she jams in and forces the error just as the Roosters looked the goods! But now Brisbane give it back with a forward pass and the Roosters get yet another chance! And now the Rooster return the favour! Brisbane hold on… it’s all falling apart here for both sides. What is going on? Broncos cling onto that 10-point lead.

The Roosters need to find something here. A costly error just before with a knock-on from the play-the-ball just metres out from the Broncos line and that stung. That’s a great set though and now the Brisbane error! They need to score!

That kick should have been made but it was missed… Brisbane will want to hope that doesn’t haunt them but they look well on their way now. The rain belting down but the handling has been superb really.

Chante Temara into dummy half for the Broncos as Hall makes another willing charge. Now Boyle and now Brigginshaw puts it on the platter for Harden! She cruises over untouched and that might be the winner.

The Broncos rake was rocked there, took an eternity to get to her feet but somehow avoids leaving the field for a HIA. Plays on… how on earth? Anyway. Brisbane lead 16-10 with 20 minutes to play.

But now a mistake from Raecene McGregor from the kick-off! The door is open again for the Roosters and the are working hard around the ruck to find an opening. Block play out the back finds no players in motion and they end up not even getting the kick away on the final tackle. That’s a very ugly final play.

A wasted opportunity from the Roosters, Brisbane end up with a penalty of their own, they get up the other end and Chelsea Lenarduzzi goes back on the inside and crashes over near the line. Again, Amber Hall with the big run in the lead-up and she’s been the best player on the park so far.

Previous Emerging Lees filly has form to make light of heavy going
Next Over 50,000 masks at stadium as Sydney hosts biggest event since start of COVID-19