‘The best-coached team that I’ve seen’ 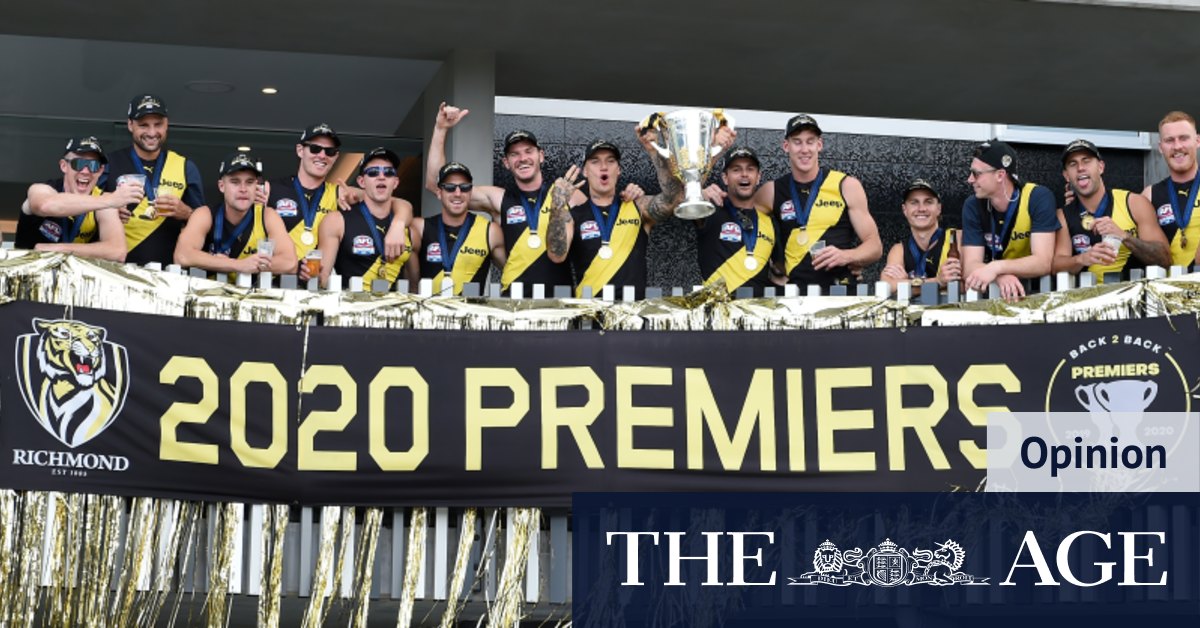 One of the best finals players ever, the unsung heroes and the critical six minutes of the game.

Is Dustin Martin the best Richmond player ever? How have the Tigers shaped him? Would he be the same player had he ended up at another club? And how did the performances of one star and a role player reflect the Tigers’ story?

We look at what turned the game around, after Geelong dominated early. Would Jeremy Cameron have made any difference, had he been a Cat?

Previous Over 50,000 masks at stadium as Sydney hosts biggest event since start of COVID-19
Next Die-hard Tigers fans (quietly) enjoy the moment in Richmond