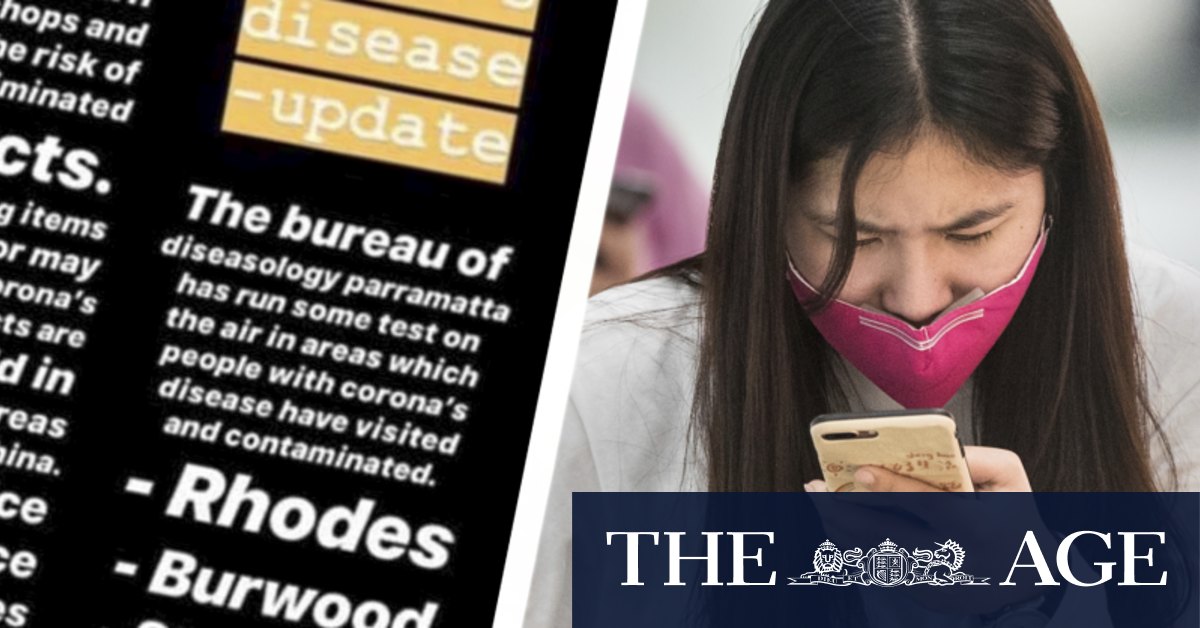 “The draft code released by DIGI for public consultation is a long way from the model that we proposed to address these important issues.”

Under the proposed model, a tech company would agree to measures to address the ACMA’s concerns, which are based on the risk of harm to a user, and how they will report back on their attempts to meet these measures.

But the draft code does not provide the specific measures. Instead, it outlines examples such as flagging or demoting content and stopping receiving revenue on ads based on disinformation.

The code defines disinformation as “inauthentic behaviour” for economic gain or that is designed to mislead and may cause harm. It does not include misleading ads, satire or clearly identified news and commentary.

Decisions on what measures need to be taken will be based on factors like the severity of the post or article, who is involved in its creation, the speed at which it is disseminated and whether it is “maliciously motivated”.

This could mean that posts or articles from anti-vaxxers or conspiracy theories that are not published with malice may not be removed or placed lower in a newsfeed.

The code also explicitly states companies will not have to remove content on the basis that it is misleading or false if it isn’t unlawful, to balance removal of harmful content with rights of users to engage in free speech.

The companies can opt-in or opt-out of the code as they wish. It excludes articles sent on private messaging apps such as Facebook Messenger and WhatsApp.

Ms O’Loughlin said the ACMA will meet with the tech platforms later this week for further discussions. Consultations about the code are taking place until November 24.

DIGI’s code is the first voluntary proposal to be created by the tech giants. It also has been released at a crucial time for the tech giants, which are waiting on the imminent release of a finalised compulsory code that will make Facebook and Google pay news outlets for use of their content.

Separately, a report released by the Australian Competition and Consumer Commission last week found that Australians were being “extensively tracked” online, with Google and Facebook the key recipients of the data.

The ACCC analysed the 1000 most popular websites in Australia and found Google’s third party scripts on 80 per cent of the websites, while Facebook’s were present on 40 per cent. Third party scripts can be embedded into websites to collect analytics or for advertising purposes.

The report also found that Google and Facebook had increased their dominance of the online advertising market to 81 per cent in 2019, up from 73 per cent in 2018.

“Based on information provided to the ACCC, for a typical AU$100 spent by advertisers on
online advertising in 2019, $53 went to Google, $28 to Facebook and $19 to all other
websites and ad tech,” the Digital Platform Services interim report said.

ACCC chairman Rod Sims said the figures underscored the difficulty faced by news media businesses, in particular newspapers, in competing for a slice of the digital advertising pie.

“It’s a difficult environment to be in if you’re relying on online advertising with Google and Facebook growing so quickly,” Mr Sims said.

Previous In the US election’s shadow, Chinese leaders try to define next decade
Next NT police officer to face murder trial over death of Kumanjayi Walker

Don’t bottle it up, there are better ways to sell wine

Q: The glass bottle is environmentally dubious from several points of view. Are there any …