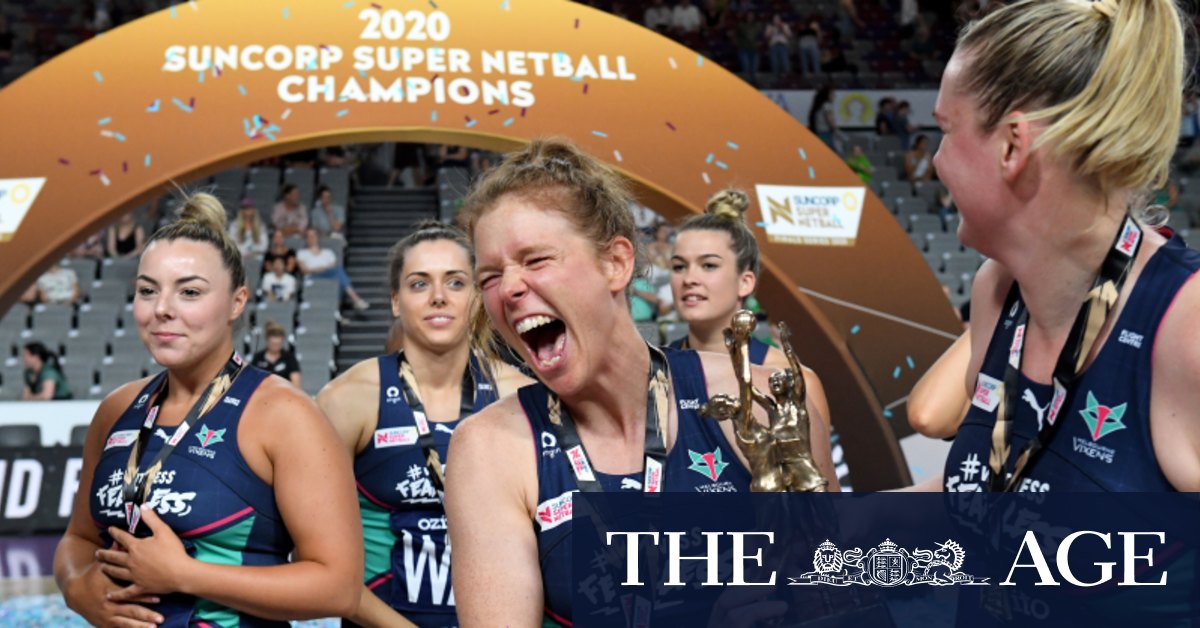 Victorian minister for tourism, sport and major events, Martin Pakula said the trio of premiership wins were a source of pride for the state in times of duress.

“Kick a Vic has been a bit of a national sport over the last few months,” he said. “But the stunning effort of the Vixens, the Tigers and the Storm to win premierships on the road shows we’re still the sporting capital of the nation, even in the most difficult of times.”

A recognition and respect for what Victoria was enduring was present for those three sides, most recently articulated by the Storm after their NRL grand final win over Penrith.

“This big ‘V’ on our jersey, this is who we are playing for – everyone back home in Victoria,” Storm captain Cameron Smith said on Sunday

“This one is for you, you beauty!”

His coach, Craig Bellamy added: “This group … playing for the people of Victoria.

“We got some real strength out of that.”

Richmond’s triple-premiership captain spoke in similar tones on Saturday after the Tigers beat Geelong at the Gabba.

“I can imagine it has been a real challenge for them [people in Melbourne],” he said. “I implore them to stick [with it]. It will be OK. As long as we take the lessons that we have learned through this time, and take it forward, we are going to be better for what has happened this year and their support has been amazing.”

While Richmond can divide opinion and plenty of NSW and Queensland ex-pats in the southern state don’t support the Storm, the Melbourne Vixens’ Super Netball triumph felt like a win for the whole state.

Despite months in their Queensland hub and a compressed fixture they dominated the competition from start to finish, securing the minor premiership with weeks in the season remaining and dominating their first final, going on to win a thrilling grand final over West Coast Fever.

Retiring legend Caitlin Thwaites – one of the brightest netball stars Victoria has produced – hoped their efforts had been well received.

“We really hope that you guys back home, [that] we have brought some light to you guys,” she said. “We know that it has been really, really hard for you and we can’t wait to get home and just give you all a huge big hug.”

Ms Ouda is the sole operator of Prime Family Day Care in Thomastown, which the …