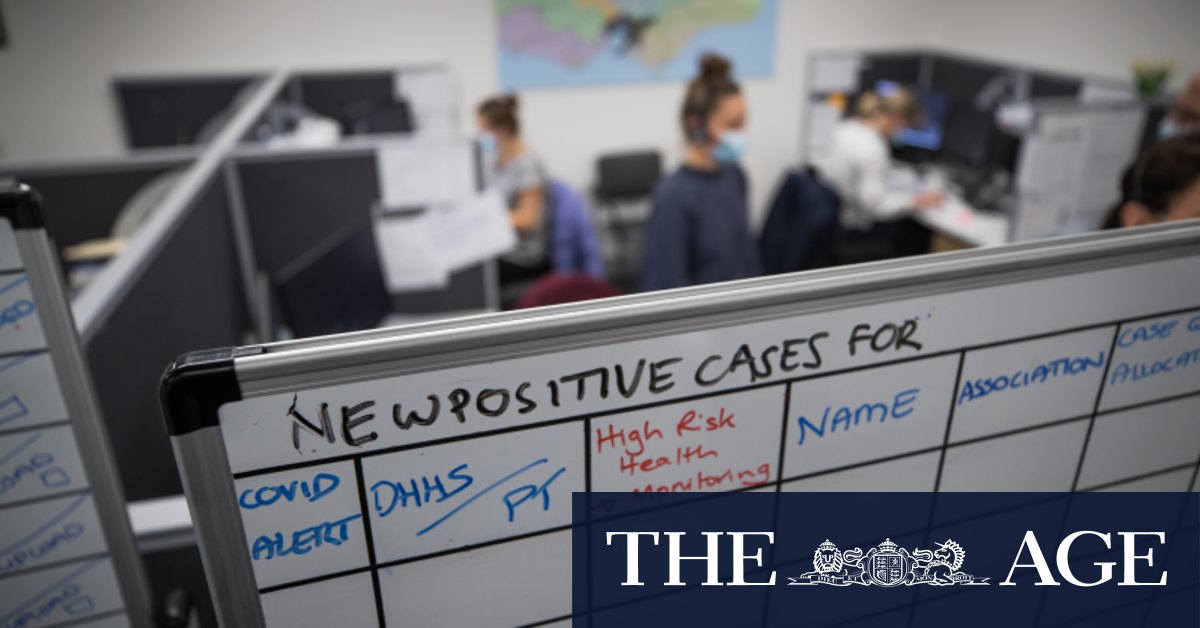 For the first time since June 9, there were no new cases of coronavirus announced on Monday, prompting Premier Daniel Andrews, who had been waiting anxiously on testing results from the city’s north, to declare “now is the time to open up”.

“As soon as you start opening up, people will have contact with more people, so the amount of work involved with interviewing every case potentially will increase,” he said.

But he believes the state’s tracing team are up to it.

“If you look at what has happened over the last couple of weeks with the response to this northern suburbs outbreak, the response to Shepparton and Kilmore, that’s proof I would have thought that we should have every confidence in the public health response.”

Only two weeks ago University of Melbourne Professor Tony Blakely, one of the authors of the modelling behind Victoria’s road map, told The Age he thought it unlikely the state would ever get daily numbers down to zero.

Victoria’s contact tracing system has come under fire for failing to control the state’s second wave, but multiple experts said they now believe it is up to the job.

“Their contact tracing is now way better than it was even a month ago,” said Dr Stephen Duckett, health program director at the Grattan Institute.

“A lot of people said zero is an impossible goal. And they called on the government to relax restrictions before it was safe to do so because they were so short-sighted and they did not care about the long-term and the risk of a third wave.”

But while Victoria has zero new cases, the virus has not been eliminated.

Professor Blakely’s modelling suggests the chances of a serious virus resurgence by Christmas were now around 3 per cent.

“What we can expect more generally, is unless we get really really lucky and eliminate this thing – which is possible but a low probability – what’s going to happen is we’re going to have cases bubbling along in the same way as NSW,” he said.

Ms Ouda is the sole operator of Prime Family Day Care in Thomastown, which the …