Race-by-race preview and tips for Grafton on Tuesday

admin October 26, 2020 Sport Comments Off on Race-by-race preview and tips for Grafton on Tuesday 13 Views 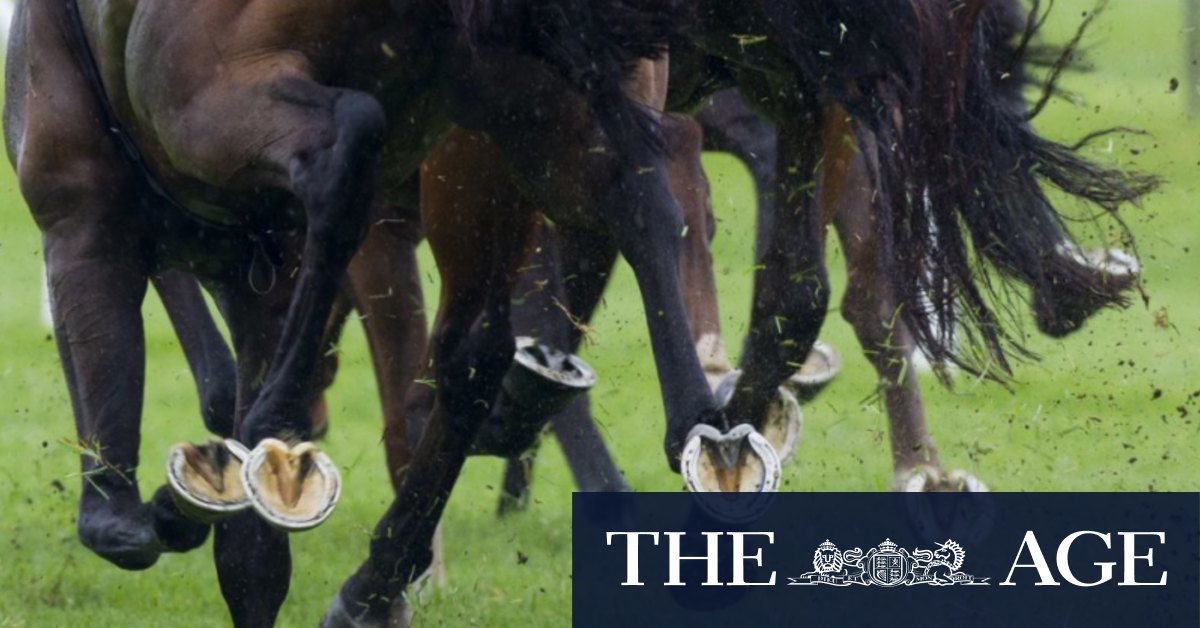 Now the stayers turn in a tactical battle where there isn’t much speed about. Coffs Harbour 6YO 2. Sawtell doesn’t always deliver but is a superior galloper on his day. Has been tackling much deeper opposition this prep before working home okay this grade at Murwillumbah. Blinkers back on a is a key gear change.
Dangers: Topweight and track specialist 1. Heza Magic Man draws to control the race. Won three straight here in convincing fashion before finding the line okay in a smarter field at Port Macquarie, although does rise sharply in weight and trip. Improving 4YO mare 4. Zavy’s Hope put two wins together before moving up the grades and only collared late after leading for a long way in that same race as Sawtell. Carries the same weight and already a winner on soft 7 ground.
How to play it: Sawtell to win and box exacta 1,2,4 Odds and Evens: Split

Tricky and modest affair at set weights with a few chances. Murwillumbah 5YO 5. Rumberella can break a run of outs third-up this prep. Don’t be put off by his single win from 18 starts. Has placed eight times, is in need of more ground, and at his most effective on rain-affected going. Scratched from a stronger race later to be saved for this.
Dangers: Taree 5YO 1. Epaulette Prince finally broke through at his 20th start coming from well off the speed in a handy maiden. He does go up 4kg, but this isn’t much stronger. Progressive mare 8. Bombay Nights broke through at only her third start sailing home from well off the speed. Liked the way 5YO stablemate 3. Head Up High finished off third-up at Ballina, and a more experienced rider gets back on but will need to slot in from the outside gate.
How to play it: Rumberella to win Odds and Evens: Odds

Back to the sprint trip and very keen on debutant 3YO filly 12. Hallowed Dreams off two trials, winning the latest at this track. From the leading stable, carries only 53.5kg after the claim, and bred to be a real wet track performer by Golden Rose winner Hallowed Crown, who was never beaten on a heavy track, out of a mare by prolific sire Show A Heart.
Dangers: Watch the betting on 3YO Coffs first starter 9. Bonchevo who was close-up in a trial here. Improving 4YO 4. Schoona The Better boxed on OK at home on debut in a maiden with some depth, and trainer has removed the blinkers and brought him back in trip. Port Macquarie 5YO 2. Line Up Girls has made a habit of getting a mile back and finishing off all too late and is still a maiden after 22 starts. That said, he has placed 66 per cent of the time at this track and, if they go along up front, he’ll be the one zooming home late.
How to play it: Hallowed Dreams to win Odds and Evens: Split

Plenty of chances and formlines in this one. Like the value here about improving Port Macquarie 5YO 7. Prince Arli who can peak fourth-up out to this distance. Was beaten under two lengths by a smart one last start and had previously trialled well on soft and heavy ground.
Dangers: Ex-Victorian 4YO 1. Alcides has made a quick switch to Coffs Harbour and steps out for his first run in NSW. Has generally been in the market without figuring in deeper races, so the betting will tell a big story coming back in trip off a five-week freshen-up. Rival Coffs 5YO 2. Collingwood resumes with no public trials, and blinkers have been removed. Local mare 10. Queens Do Dream has been up for a while but hit the line late last start. Include in wider exotics lightly raced mare 9. Legato Feeling who finished off okay second-up.
How to play it: Prince Arli to win Odds and Evens: Split

Capable Coffs Harbour 5YO 3. Beat That can take another step on what already has been a progressive prep. Charged home to win a C1 here three runs back beating Rumberella, who is a leading chance earlier in the meeting, and again was strong late winning a similar race at Lismore. Unproven in wet ground but has superior ability.
Dangers: Murwillumbah 5YO 2. Maspoeta has been threatening to win since claiming his maiden at Casino in late June. Was close-up in a handy C1 here two runs back before missing by a nose at home. Better when ridden a little quieter, although won’t want the track slipping into heavy range. Local mare 4. Mia’s Got Class flew late to win a similar race here two runs back before working home okay under a big weight. Won twice from six starts at this track and handles cut up ground. The more rain the better for Coffs mare 5. The Red One who won her maiden by more than six lengths on a bog track and overcame a wide draw to win at Port Macquarie last start.
How to play it: Beat That each way and box trifecta 2,3,4,5 Odds and Evens: Split

Talented Gosford mare 1. Charmed Princess is very well placed here dropping in grade fifth-up. Hit the line hard in a deeper BM 81 at Dubbo two back before again flying home right on the place-getters’ heels in the Coonamble Cup. Unbeaten at this track from three starts, and all five career wins from 21 starts have come on soft ground. The one to beat!
Dangers: Progressive mare 7. Divine Diva has charged through the line all three runs this prep and bursting to win one. Unproven in the wet but is by Sebring, whose stock normally handle it. Former Qld 5YO 2. Magic Wu has her first run for new Lismore stable and tuned up with an impressive trial win at home. Will need some luck from the wide draw but loves rain-affected going. Port 5YO 3. Okay Boss is consistent enough in and around this level, and will roll forward from a wider draw.
How to play it: Charmed Princess to win Odds and Evens: Odds