Derby favourite Young Werther on target despite lack of experience 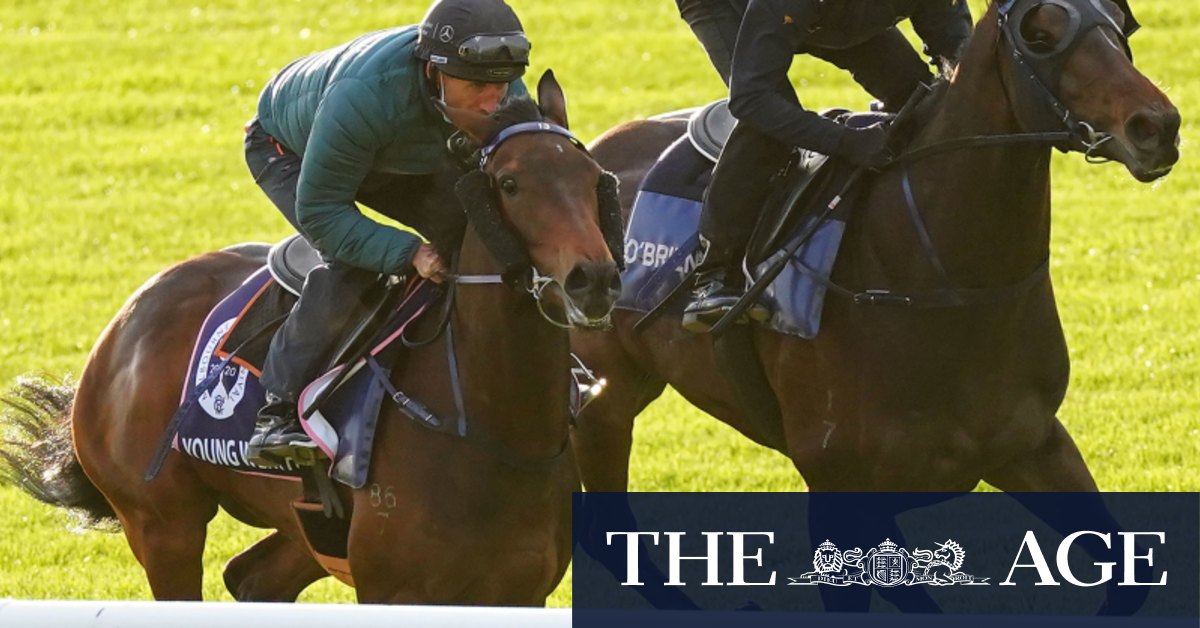 But O’Brien, who has a rural training complex at Barwon Heads, is confident that his unorthodox preparation certainly won’t harm the son of Tavistock, who is one of three runners the stable will send out for the $2 million derby.

The others are the maiden Kenzan, to be ridden by Daniel Moor and Cetshwayo, the mount of Jamie Kah. Damien Oliver will be aboard Young Werther.

Normally the Tuesday before the Cup carnival starts at Flemington the track is a hive of activity, with owners, media and members of the public all rising at the crack of dawn to get to the course to see the workouts and final gallops of big race contenders as the final polish is put on their preparation.

This year was very different, the COVID-19 restrictions wreaking havoc with tradition as they have across every walk of life through 2020.

But one thing that hasn’t changed is the optimism trainers have when they are supervising the last minute detailing of a big race fancy, and O’Brien is no different.

Speaking after watching trackwork, he said: ”I don’t think fitness will beat him. He did a lot of work over the winter with our Melbourne Cup horses and he is as fit or fitter than horses like Vow and Declare and Russian Camelot.

‘He’s fine to go the 2500m on Saturday against his own age group in the derby. He worked nicely this morning and made a little gear adjustment and put a set of winkers on him just to make him focus a bit better in the run.”

The plan was not to go into the derby with just two runs – a win in a Geelong maiden in mid September and then a second at Flemington over 1800 metres earlier this month – behind him.

O’Brien had planned to start Young Werther in the Vase at the Valley last weekend – won by one of his main rivals, Cherry Tortoni – only to scratch on raceday because of his concerns over the deteriorating surface as the rains came.

”We didn’t want him to have a gruelling run seven days out from his target race.”
‘
The trainer revealed that initially he felt that the lightly-raced stayer would not be ready in time for an arduous spring campaign.

”We probably thought he was an autumn horse, but he stepped out at Geelong and went so well and then ran very well here without luck.

”At the start of the spring I probably thought he would be running in the 1800-metre race (for three year olds staged during Cup week) not the derby, but he’s thrived all spring and he’s one of those horses that is probably ready to run a strong 2500 now.

”He will definitely stay, he’s got a great attitude, he’s a very relaxed horse

O’Brien was also bullish about the prospects of his other runners.

”We think Cetshwayo is a definite winning chance. He was very good the last time he was at Flemington (when he won the Derby Trial) but in the Caulfield Classic (where he ran down the track behind several of Saturday’s rivals) he just got undone by a muddling pace. He got left flat footed when they quickened but he was still strong over the line.

”On a more even tempo on Saturday at Flemington out to 2500 we think he has got a terrific chance.

”Kenzan we put a set of blinkers on him this morning, he worked with Young Werther, he worked really nicely, he’s a very fit horse and I don’t think he will have any problems running 2500 so he is some hope as well.”

Previous Boral inks $1.43b deal, but insists ‘no fire sale’ of US assets
Next Funnel cloud spotted as storms bear down on SEQ