Crows and Saints sweat on compensation, Broad set to stay a Tiger

admin October 29, 2020 AFL Comments Off on Crows and Saints sweat on compensation, Broad set to stay a Tiger 59 Views 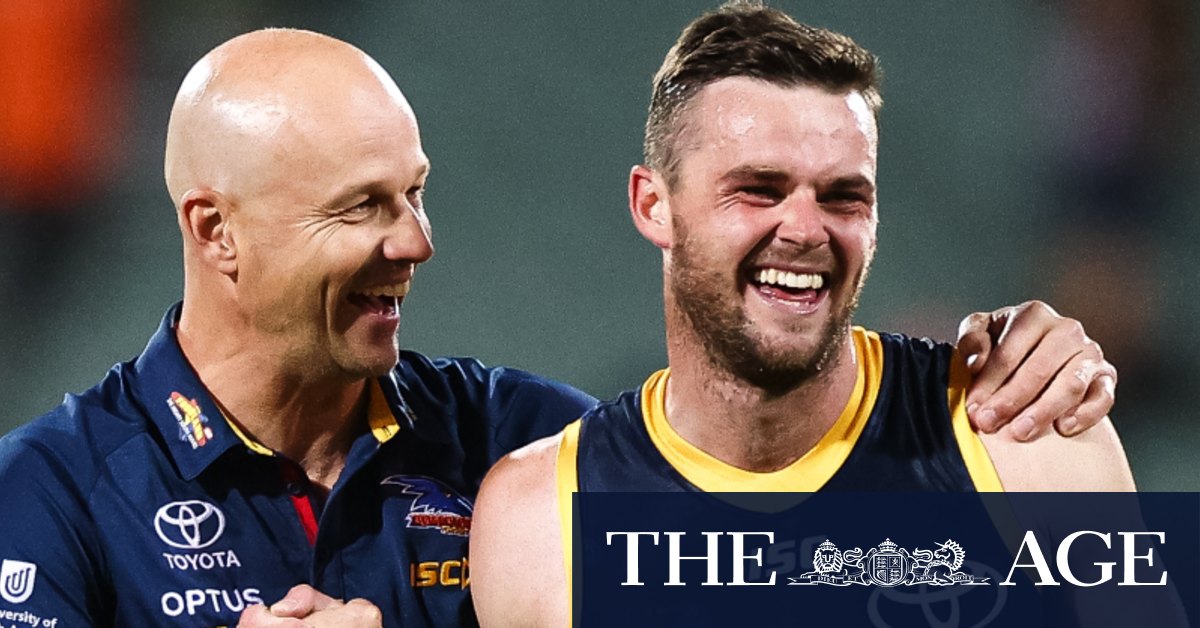 The free agency window opens on Friday morning, from which time the Saints can make their submission to the league. Outgoing AFL compliance officer Ken Wood and legal counsel Andrew Dillon are among the tiny group of people that know the league’s top-secret free agency compensation formula which is based on the terms of the relevant player’s contract offer.

Once a club seeking to obtain a restricted free agent makes its offer, the AFL runs the contract through its formula – sources close to the situation insist there is no discretion involved – to determine which band the offer falls under. The league then communicates the details of the offer and the compensation selection to the player’s current club, who then have three days to decide whether or not to match a bid.

The Saints would much prefer the Crows not match the St Kilda offer for Crouch as they don’t want to be forced to give up a pick for him. Sources familiar with the situation said the Saints were contemplating tinkering with their offer in a bid to boost the chances the deal triggers pick No. 2 for Adelaide.

A bid on a restricted free agent has never been matched since the league introduced free agency eight years ago but that streak appears poised to end over the coming days. Greater Western Sydney have indicated they are likely to match Geelong’s bid for spearhead Jeremy Cameron with a view to forcing a trade which could reap the Giants some of the Cats’ three first-round draft picks, and perhaps a player.

Brisbane have been optimistic that their contract offer for Joe Daniher will be enough to warrant a top band compensation pick for Essendon which would prevent the Lions from needing to facilitate a trade with the Dons.

The Giants also have the option to match bids for Aidan Corr (North Melbourne) and Zac Williams (Carlton), both of whom are also restricted free agents. However the fact the Kangaroos and Blues don’t have as compelling draft hands as the Cats makes GWS much less likely to match bids for that pair.

Adelaide pair Rory Atkins and Kyle Hartigan, both of whom are unrestricted free agents, should safely make their way to Gold Coast and Hawthorn respectively as early as Friday.

Meanwhile three-time Richmond premiership player Nathan Broad is poised to remain at Punt Road. Sources close to the situation confirmed the West Australian is likely to sign a new contract with the Tigers despite interest from Gold Coast.

“‘Walla’ [McDonald-Tipungwuti] is a good chance of kicking a goal, but we thought other guys …