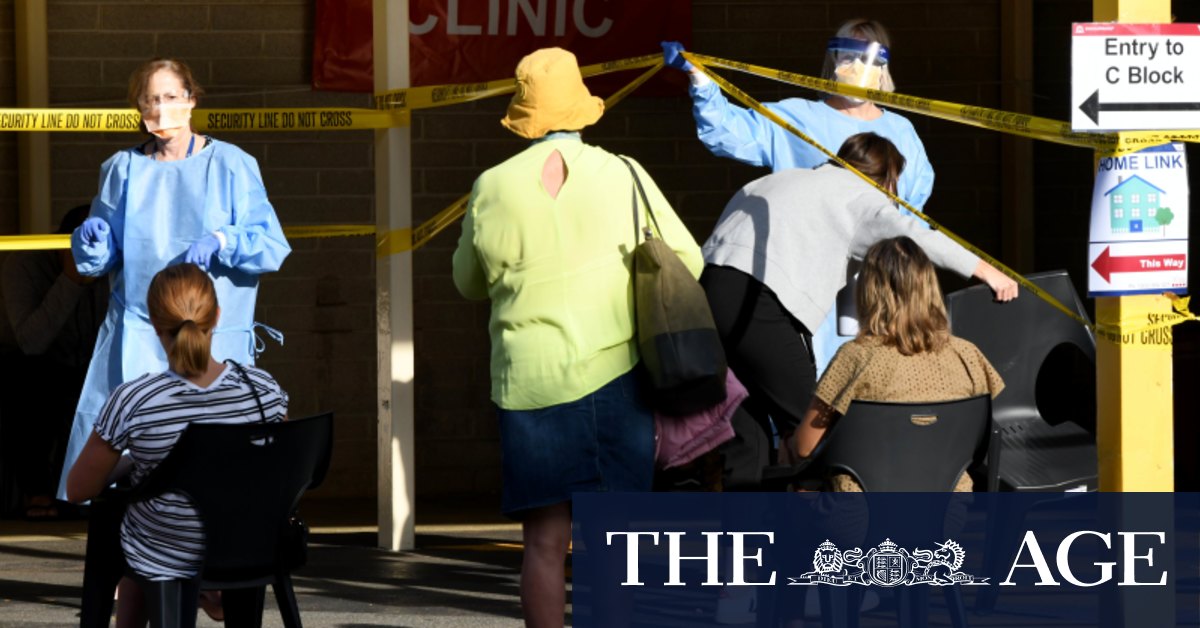 “But [they] haven’t proven anything when it comes to finding and testing and tracing and isolating people at all, and the target is to find all contacts within 24 hours and then find their contacts as well.

“There’s not a lot of thought going into all of this and there’s a lot of posturing for the election.

“On all these things, we need to be saying to them, ‘You’ve had plenty of time, you’ve had plenty of latitude, you now need to start proving to us that you actually know what you’re doing’. It seems like way too much spin over the preparation, basically.”

The system that should be in place by January would be required to deliver quicker contact tracing to prevent the spread of infection, according to Department of Health documents.

In a written statement, the department did not answer questions about whether the system would be in place by the January deadline, but said the “procurement process is ongoing”.

“The ‘COVID contact tracing solution’ tender is to seek broad options for a solution in the longer term and will not diminish WA’s ability to conduct contact tracing and outbreak management in the short term,” the statement read.

“WA Health currently has a fit for purposes contact tracing solution in place. This system was developed rapidly in April and has been upgraded progressively since then.”

Dr Miller said preparing the public was an important part of the contact tracing system.

“Half the piece of work is having that infrastructure, but the other half is getting public co-operation and that piece of work just isn’t being done as far as I can see, to get the population ready,” he said.

He said WA should have pandemic drills, where “everybody’s got to act like there’s an outbreak and you all just go through the motions”.

“I think that would be a much smarter way of preparing WA,” he said.

Dr Miller said he had been calling for a QR code system to be rolled out in WA, similar to those operating in the eastern states. The system allows venue and retail patrons to quickly leave their contact details by scanning a code.

“Nobody’s going to mind, if we say that’s part of being ready for an outbreak, let’s all register to go to businesses and if part of going to a restaurant is you’ve got to give them your contact details and they say, well businesses are then allowed to use them if they want to,” Dr Miller said.

“I think there’s a bit of a win-win there for the businesses.

“People are going to accept that we have to give something in return for our freedoms, or they should be made to expect that.

“Low cost, low intervention things should be brought in now along with some community trials of a mask day, we should have a day were we all mask up to practice and to practice our social distancing.”

“WA Health has a robust contact tracing operation in place and ready to go,” he said.

“We have an experienced, well-trained contact tracing team with a reserve workforce who are trained and ready to meet any increase in demand.”

“There are contingency plans to ensure case and contact response remains effective and timely under a range of scenarios right across the state,” he said.

“WA has an effective COVID-19 communication strategy producing a range of culturally appropriate and accessible information targeted to both the community and community leaders.

“Our teams are well planned and well drilled, which is why Western Australia has been one of the safest places in the world for so long.”

Not all trophy hunters are bad people

Last week we published an urgent request for assistance from Jane Ellis (C8) of Cremorne. …