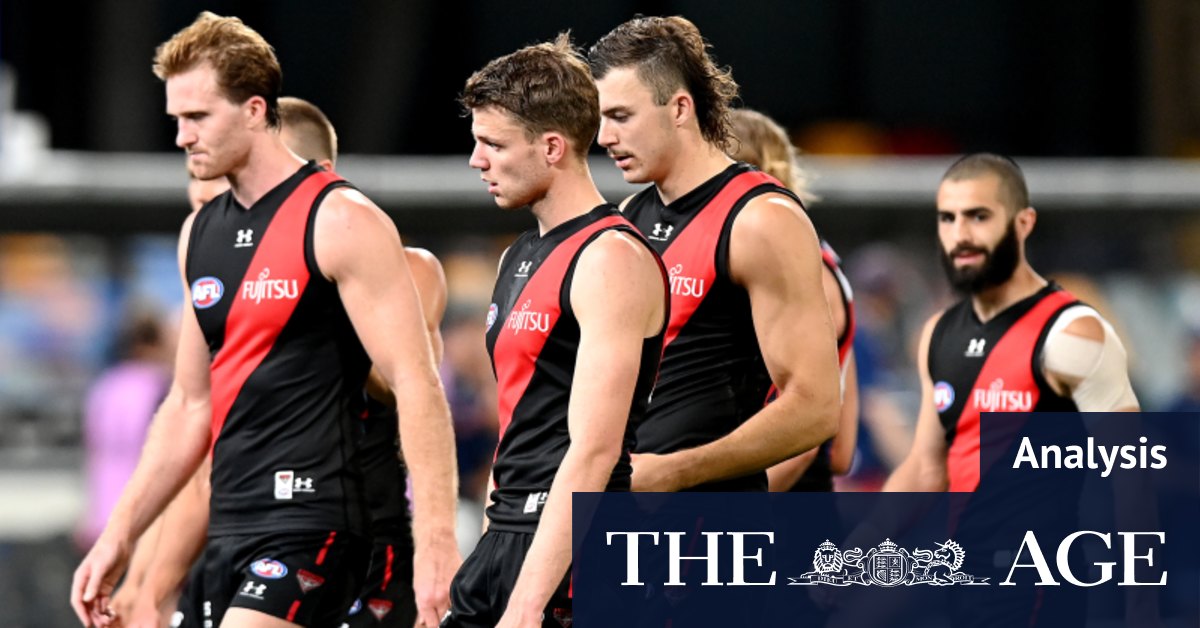 Chief executive Xavier Campbell’s role at the club must be scrutinised. It was Campbell’s decision to bring in Richardson and empower him to turn over the football department and prosecute change.

Richardson brought changes, many of them not popular but they were his commission.

It was Campbell’s decision to back Richardson with the appointment of Rutten and then the recommendation he be the next senior coach. Richardson favoured an immediate handover last year from John Worsfold to Rutten. Campbell, and then the board, preferred the succession plan.

Campbell was until two weeks ago negotiating a new three-year contract extension with Richardson, who was coming out of contract. It is a remarkable jump from a three-year extension to sacked in two weeks.

If Brasher’s review of the club is to be as sweeping and unsparing as promised then serious questions need to be asked of why they are now looking for yet another head of football.

In six years the Bombers have had Neil Craig as football performance manager, with Rob Kerr as football operations manager, then Richardson as general manager of football and now they are in the market again. Footy managers don’t get long service leave at Essendon.

It was a bold move to split with the then head of football Kerr after the season of a reconstructed team of players back from suspension, kids and fill-ins they had hung on to make the eight in 2017. They said they wanted a change of direction and needed to tap into what Richmond did well and access their IP.

The timing of Richardson’s sacking on the eve of what will be one of the most active and significant trade periods for the club at first blush looks surprising. The decision appears to have been timed, in part at least, to ensure any payout he receives is made before the end of the football financial year, which ends on Friday. Although Richardson was coming out of contract he will receive some form of payout.

The AFL ruled that in this COVID-19 year when clubs were instructed to shed staff, any redundancy or termination payouts would not be included in the soft cap this year.

They would reason that if they decided Richardson was now suddenly not the man to lead the football department why have him there making decisions in this crucial period?

So what does Richardson’s departure mean for the direction the club had deliberately taken and asked him to lead? If they have sacked the man commissioned to craft and then prosecute a plan what happens to the plan?

Essendon says nothing. They say the plan stays but the leader changes. Yet those who have been hand picked by Richardson have to feel uneasy.

What does it say to Rutten as he prepares to embark on his first year as a stand alone senior coach that he loses his biggest backer in what has been a fractured club?

Former Richmond assistant coach Blake Caracella – handpicked by Richardson to come over from Punt Road – will wonder where it leaves him. It will also be confronting to Daniel Giansiracusa – AFL Coaches’ Association assistant coach of the year – who was just hired by Richardson to join the coaching panel from the Western Bulldogs. They are very talented and highly sought after coaches who came to the club in part because of Richardson.

Essendon will say it means nothing for them, they are part of a plan and direction the club had set and now they will look for a senior football figure to lead the football department. They will look first for someone preferably with senior coaching experience to help Rutten have someone to lean on. This sounds good, but was that not Worsfold last year?

The Brasher review was in large part initiated in response to the number of senior players wanting to leave the club. The new chairman wanted to find out why the players were leaving, if there was a common denominator, and beyond that to take a clear-eyed look at the football side of the business.

Plainly, Brasher has found failings and Richardson as head of that department takes the blame for those failings. It would be surprising if he was the only reason for that.