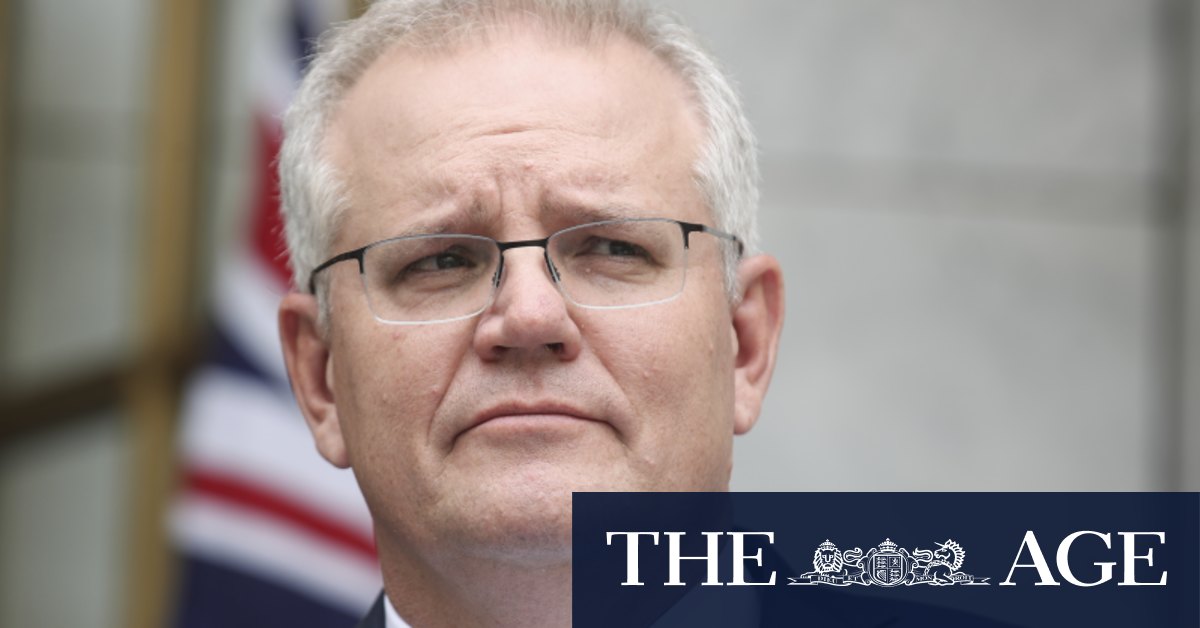 The Prime Minister said it was his “understanding” that she had been asked to stand aside, but demurred when asked who delivered the instruction for her to do so, saying: “I’ll leave that to the Australia Post board to respond to.”

“What has happened is she’s been asked to stand aside, is my understanding, while an investigation takes place and that’s what is occurring in a number of other parts of the government,” Mr Morrison said.

Australia Post’s annual report says Ms Holgate must be given six months’ notice of termination or be paid out for the notice period, unless she is found have breached certain contract conditions, such as engaging in improper conduct.

Ms Holgate, who earns a base salary of $1.4 million, could be in line for a minimum payout of about $700,000 if her contract is terminated. An Australia Post source not authorised to speak publicly said the board was seeking legal advice on Ms Holgate’s employment contract.

Mr Morrison also repeated his justification of the investigation, which will probe Ms Holgate’s decision to reward four employees with Cartier watches worth $20,000 in 2018, as well as the broader expenses and gift-giving culture at Australia Post.

Mr Morrison’s remarks in Parliament last were described by Ms Holgate’s lawyer Byran Belling as “humiliating” in a statement on Thursday, which laid bare the deteriorating relationship between the postal service chief and the board.

The statement also set the stage for a potential legal stoush over Ms Holgate’s future, after the Australia Post board confirmed in a statement last week that she had been stood aside for the duration of the four-week long investigation.

Mr Belling claimed Ms Holgate had not been legally stood down as the board had failed to follow proper processes.

“Ms Holgate has not had any proper notification that she has been stood down from her role, nor has she been informed as to why she should be stood down,” the statement said.

“Legally, in my opinion there are no grounds for Ms Holgate to be stood down, and ‘optics’ [is] not a legally-valid defence.”

Australia Post has disputed this version of events, saying Ms Holgate had verbally agreed to stand aside.

“The chair stands by his previously made statement on Thursday 22 October that Ms Holgate will stand aside and this was agreed to by both parties in a telephone conversation,” a spokeswoman said in a statement.