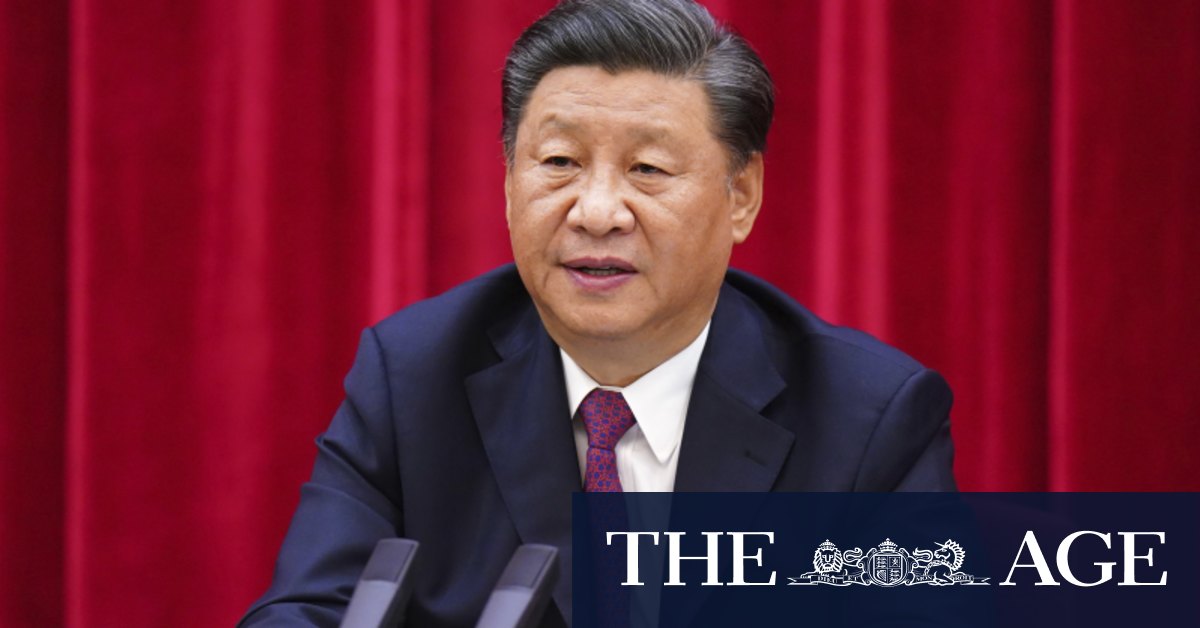 The trade tension between the White House and Beijing has roiled markets, sparked tit-for-tat sanctions and escalated into stand-offs over the coronavirus, Hong Kong and the South China Sea.

The deteriorating international economic climate has prompted China’s President Xi Jinping to establish a new model for China’s economy, which was formalised for the first time in the 14th Five Year Plan on Friday.

China’s”dual circulation” model will attempt to drive economic growth internally by getting its 1.4 billion people to produce and consume at home. The shift has seen innovation put at the top of the five-year agenda for the first time, indicating China is preparing to unleash significant state support to manufacture products such as the critical semi-conductors and chips behind many of the world’s electronic devices.

It will also position Hong Kong as an “international technology hub” and use it as an innovation base for its $1.5 trillion “belt-and-road” initiative which aims to project China’s global power.

Han described Hong Kong as “the freest economy in the world”. Beijing has arrested dozens pro-democracy protesters after it implemented new national security laws that criminalise dissent in the former British colony.

The official communique also re-inserted the word “peaceful” in discussions about the future of Taiwan, which separated from the mainland after a civil war in the 1940s. In May, Chinese Premier Li Keqiang left out the word in his opening speech to National People’s Congress when referring to Beijing’s desire to “reunify” with Chinese-claimed Taiwan.

The omission, increased military presence in the strait of Taiwan and a stream of propaganda videos preparing the Chinese public for a potential invasion have raised concerns that a conflict was looming.

Australian Department of Foreign Affairs secretary Frances Adamson on Wednesday said it was something she was more concerned about this year than “any time over the last three-and-a-half decades that I’ve worked on this subject”.

Friday’s five year plan is expected to moderate some of those concerns. The Central Committee said it was necessary to “promote the peaceful development of cross-strait relations and the reunification of the motherland”.

The implementation of the plan and the Party’s longer term goal of “socialist modernisation” by 2035 will also be closely watched for its focus on renewable energy. China, the world’s largest polluter, in September committed to achieving a target of net zero emissions by 2060. Japan, the European Union, Britain and South Korea have all also made net zero emissions targets.

Australia has declined to set a target but relies heavily on all five economies for more than $100 billion in fossil fuel exports each year.

“Energy resource allocation has been more reasonable, utilisation efficiency has been greatly improved, and the total discharge of major pollutants has continued decrease,” the official communique noted. “[But] ecological environmental protection has a long way to go.”

The Central Committee also said it would make decreasing China’s persistent wealth gap a top priority as it looks to expand its social security system across rural and urban areas and move “from a middle income to a high income country” by 2035.

The official documents and remarks further entrenched Xi’s power by highlighting his “thoughts on socialism with Chinese characteristics for the new era” next to Mao Zedong thought and Deng Xiaoping theory in the pantheon of Communist economic philosophy.

Jiang Jinquan, the director of the Central Policy Research Office, claimed at the offical press conference that international surveys showed there was 95 per cent support in China for the policies of the Chinese Communist Party, an authoritarian regime.

“That is number one among the world’s government’s,” he said. “The leadership of the Chinese Communist Party is the defining feature of socialism with Chinese characteristics.”

The official communique noted that the Party would continue to increase its authority over the military in the next five years.

“Carry out Xi Jinping’s thought on strengthening the army, implement the military strategy of the new era and adhere to the party’s absolute leadership over the people’s army,” it said.

Previous Munster ready for Origin after limping through decider with pain-killing injections
Next Mental health system needs NDIS-style reform to cope with this crisis, experts say

The fight to save Hong Kong’s past from its future