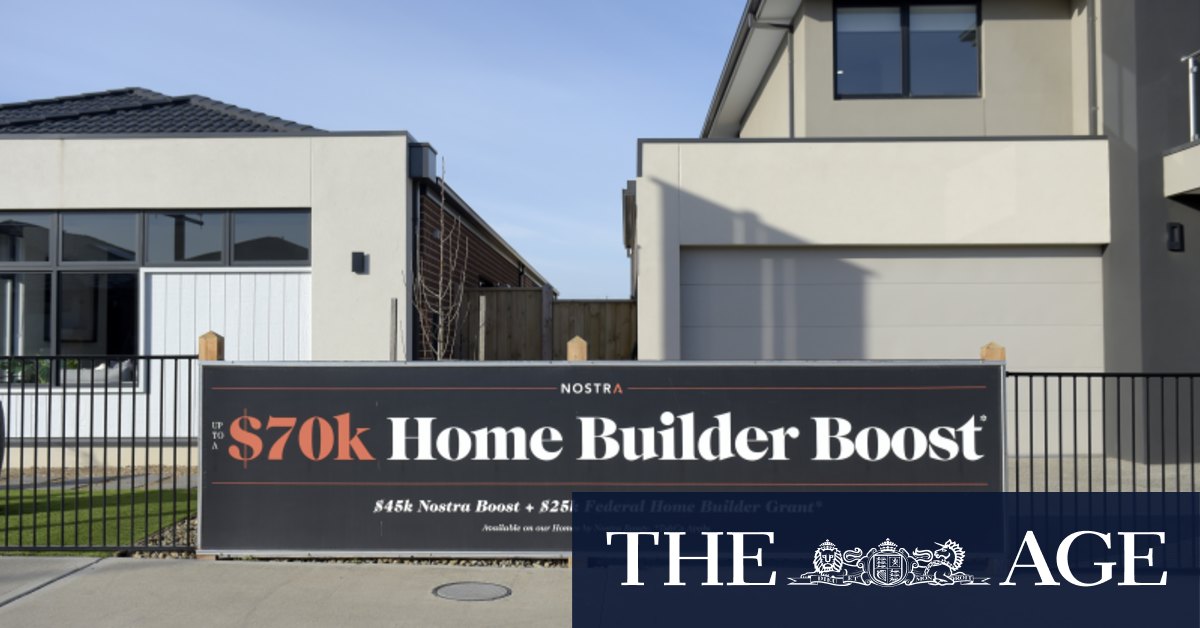 The $25,000 government grants are available for new home builds where the combined house and land value does not exceed $750,000. The grant is also available for renovations and knock-down rebuilds worth between $150,000 and $750,000, as long as the property’s existing value does not exceed $1.5 million. There are also income caps for the individual or couple applying.

Property developers have been heavily advertising their eligibility for the HomeBuilder scheme on radio, and say the grants have fuelled a dramatic upswing in buying activity. While developers are expecting HomeBuilder to be extended into next year, the government has not yet made a decision about the future of the program. However, government sources told The Sun-Herald an extension was being considered. Any plans would most likely be revealed in the December mid-year budget update.

Developers now want the federal government to extend the scheme beyond its current December 31 end date.

However, some home builders are wrangling capacity issues especially in Queensland and Western Australia where demand has been particularly strong, he warned. Western Australia’s official application figures are not large, this is likely due to a decision from the revenue office to accept applications after foundations have been laid or the property title is issued, while in other states applications are made following the signing of contracts.

About 10 per cent of Home Builder applicants have so far been paid the $25,000. To receive the money certain building milestones must be reached and additional documents are required beyond the initial application to prove eligibility.

Several building companies said that it was sometimes difficult to meet the government requirement to have construction started within three months of signing a contract for a new build or home renovation.

He agreed the end date in December “really doesn’t allow much time for keen home buyers to act”. “It makes sense to extend the grant to maximise its intended benefit not just for the construction industry but also for the overall economy of Australia,” he said.

AVID Property Group chief executive Cameron Holt said there was an 83 per cent rise in the number of deposits for the business between June and October compared to the same time in 2019. More than a third are intending to access the HomeBuilder grant. AVID is selling homes across NSW, Victoria and Queensland.

“However, with population growth expected to fall next year and the HomeBuilder grant in its final months, now is the time to extend the grant into 2021 and bridge the gap before activity rapidly falls … impacting the economy and local jobs,” he said.

Mr Holt said new buyers had responded positively to the scheme with “demand for land clearly highlighting that many buyers are taking advantage of the opportunity”.

This demand along the eastern seaboard has prompted the company to bring forward $200 million worth of expenditure to release new house and land packages ahead of schedule, with some selling out within a week of launch.

Mr Sukkar said the grant was “igniting the construction industry and helping to protect jobs” in the sector.

After dropping Kyoto credits, Morrison’s next step is much riskier