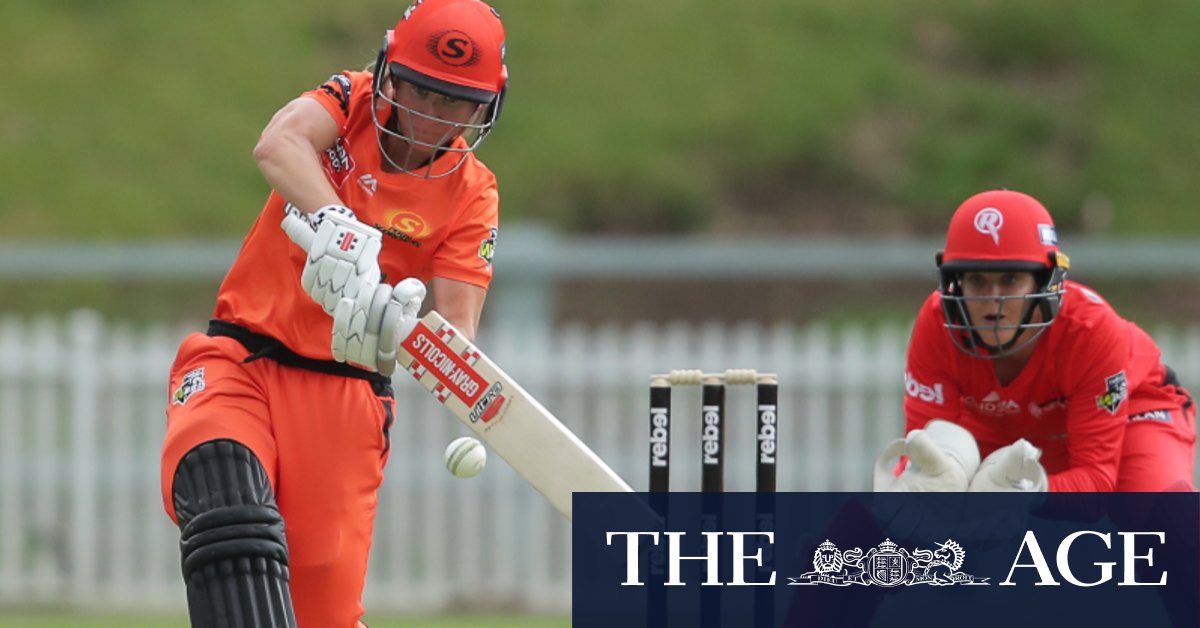 Satterthwaite lost patience on six when she attempted to swat the medium pace of Taneale Peschel and was caught at mid on, leaving the Renegades at 3-16 after five overs. It was a shot that was unbecoming of a captain.

It was now over to Molineux and Courtney Webb to resuscitate the innings and they did that in a half-century stand. They were helped by their opponents, who grassed four catches. There wouldn’t be a fifth, however, when Molineux jabbed a full toss from spinner Nicole Bolton to deep mid-wicket.

The pugnacious Webb (33 off 44) kept the scoreboard ticking over until she was run out on the penultimate ball of the innings in an excellent final over by Bolton. Georgia Wareham (22 not out off 14) had an intent to score and ensured her side at least had a modest total to defend.

Any hope of a shock victory dissipated when Scorchers Sophie Devine (31 not out off 28) and Beth Mooney (23 not out off 32) handled the bowling with ease.

Don’t bottle it up, there are better ways to sell wine

Q: The glass bottle is environmentally dubious from several points of view. Are there any …