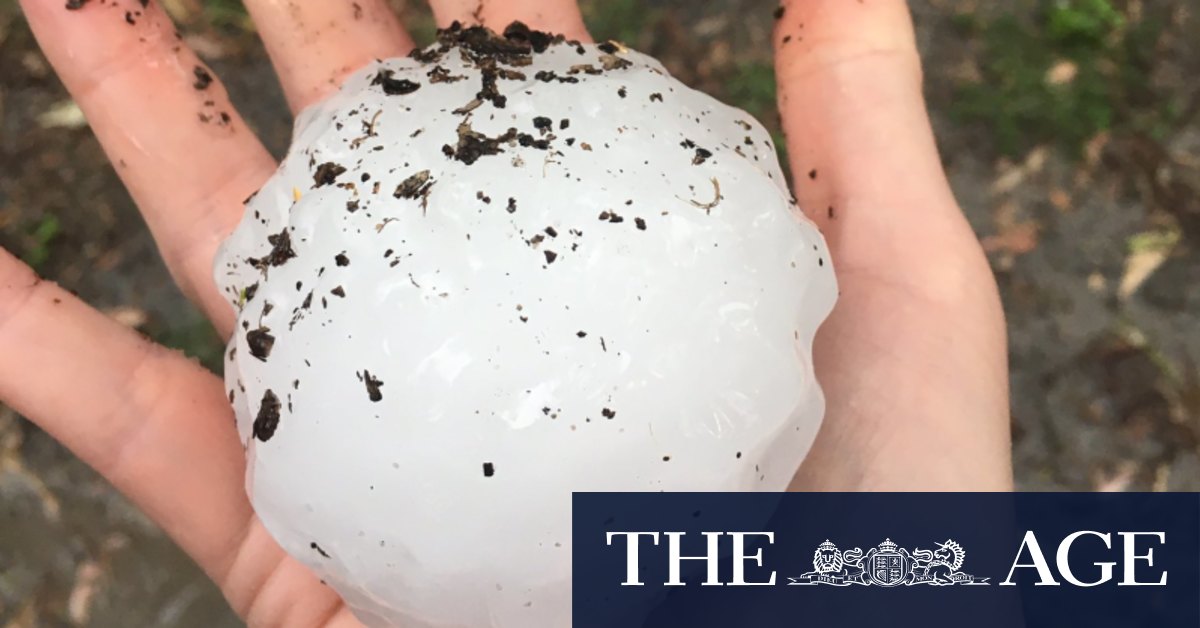 The Insurance Council of Australia has declared the event a “catastrophe” – the first of the 2020-21 natural disaster season – after more than 5000 claims had already flowed to insurers by 2pm on Sunday.

A disaster hotline is now in place to assist customers and an industry taskforce is set to step in to help work through any issues with emergency services and the state government. Early losses are estimated at $60 million.

“Householders should contact their insurers before commissioning any repairs to their homes,” chief executive Andrew Hall said. “They should ensure this work will be paid for under the policy.”

RACQ spokesperson Lucinda Ross said the storm left the “worst hail damage” since a freak storm in 2014 which left tens of thousands of residents and businesses a damage bill of more than $1 billion.

“We’ve already had 1380 claims come in for damage – more than 900 for vehicle damage overnight, and 480 for home damage,” she said in a statement. “The worst of the damage, according to our claims, is in Springfield, Rosewood, Greenbank and Boronia Heights.

“It’s been a terrifying experience for many people and we’re working hard to make sure we can help our members process their claims as soon as possible and fix any damage.”

Energex had reported about 14,000 customers were still without power early on Sunday morning after more than 120 powerlines were downed – most on the Sunshine Coast – and almost 300,000 lightning strikes.

This power outage figure peaked at 52,000 on Saturday night and had dropped to about 10,000 by midday, with warnings some could be without power well into Sunday.

The hail was met with strong wind gusts, with damage reported from Redcliffe on the bayside to Kingston on the city’s south. Mr Gray said one gust of 100km/h was recorded around Moreton Bay.

While rainfall totals across the south-east struggled to top 50 millimetres, with less than 25 millimetres falling across most of the region.

The “volatile, life threatening” storms prompted an urgent warning from the bureau and saw trains suspended due to trees falling across tracks.

Three people were able to escape injury after a the roof of a home collapsed near Ipswich.

Conditions are expected to settle over the state’s south as warm temperatures return across much of the state.

“Another trough system may move through southern Queensland from the west late in the week with showers and thunderstorms potentially returning to the south-east,” Mr Gray said.

“Although there remains large uncertainty with the timing and strength of this system.”

He added the extended period of cut-off low pressure systems occurring over eastern Australia this month may be linked to a positive Southern annular mode phase, a climate driver which can influence rainfall and temperature.

The SES was tasked with about 3400 jobs in the 10 days following the freak November 2014 storm, with the Archerfield, Moorooka and Annerley areas worst hit.

Previous Queensland border ban extended as nation records zero community cases
Next Paper cuts: how COVID-19 did away with more than 20 million sheets of paper