Breaking News
Home / National News / Paper cuts: how COVID-19 did away with more than 20 million sheets of paper

Paper cuts: how COVID-19 did away with more than 20 million sheets of paper

admin November 1, 2020 National News Comments Off on Paper cuts: how COVID-19 did away with more than 20 million sheets of paper 61 Views 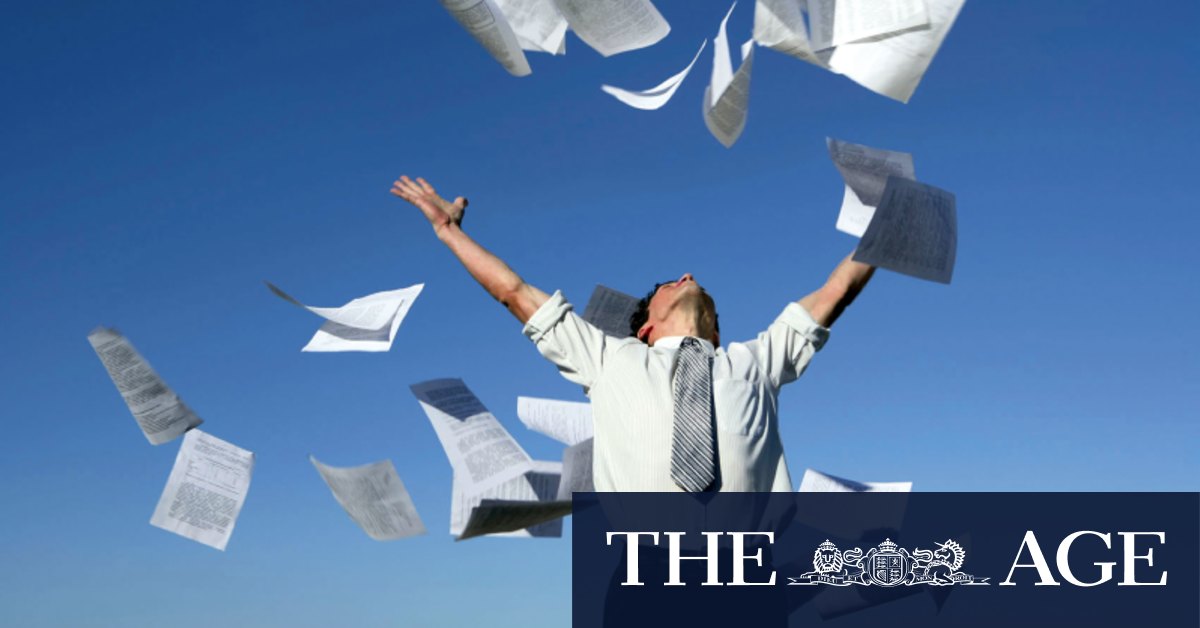 In total, the Treasury department used about 22 per cent less paper in the 2020 financial year. Across a series of large departments that also revealed their paper usage, the average drop was nearer to 30 per cent, or more than 25 million sheets of paper.

Most attributed the drop, which built on a longer-term trend of declining paper use, to the working from home arrangements that have governed the state since March.

The Department of Jobs, Precincts and Regions (DJPR) was one of a few to post a steep rise in paper use – its employees used 6.36 reams of paper each last financial compared to 4.7 reams in the preceding year.

Still, its annual report claims there had been an 89 per cent decrease in paper purchases in the fourth quarter of the financial year compared to the first quarter.

“The [department] actively seeks ways to reduce its environmental impact by reducing its consumption of paper, water and energy,” a DJPR spokeswoman said.

“This work was already under way and has continued throughout the pandemic.”

“Professional workers with greater access to and use of technology spend roughly 6.8 hours every week less on administration,” Ms Mizrahi said.

“I don’t think it’s just the amount of paper which will decrease, it could be the tasks people are doing are slightly less manual and paper-based, which means they’re spending their time on more engaging and less administrative tasks.”

The Department of Health and Human Services recorded one of the steepest falls (36.5 per cent or 39,000 reams) in the financial year despite its key role in managing the pandemic.

A Department of Justice and Community Safety spokesman said it had digitised many of its previously paper-based processes and, although its figures were not yet available, there had been a significant decrease in paper use.

He said staff had responded positively to the move, noting that a May wellbeing survey found 91 per cent of respondents were “coping well or thriving in their new work setting or with new procedures”.

A Department of Education and Training spokesman said it has also shifted to a greater digital focus, driving its paper use down by 34.5 per cent.

Numbers covering the lockdown period were not available for all departments in their annual reports, due to differing calculation schedules.

These figures also account only for the period to the end of June, so it is likely the trend has continued or deepened as workers have stayed home.

A recent Australian Bureau of Statistics survey revealed more than half of Victorians were working from home in September.

Chief Health Officer Brett Sutton said on Sunday some office workplaces could look to reopen by Christmas but he emphasised it would be a slow and cautious process.