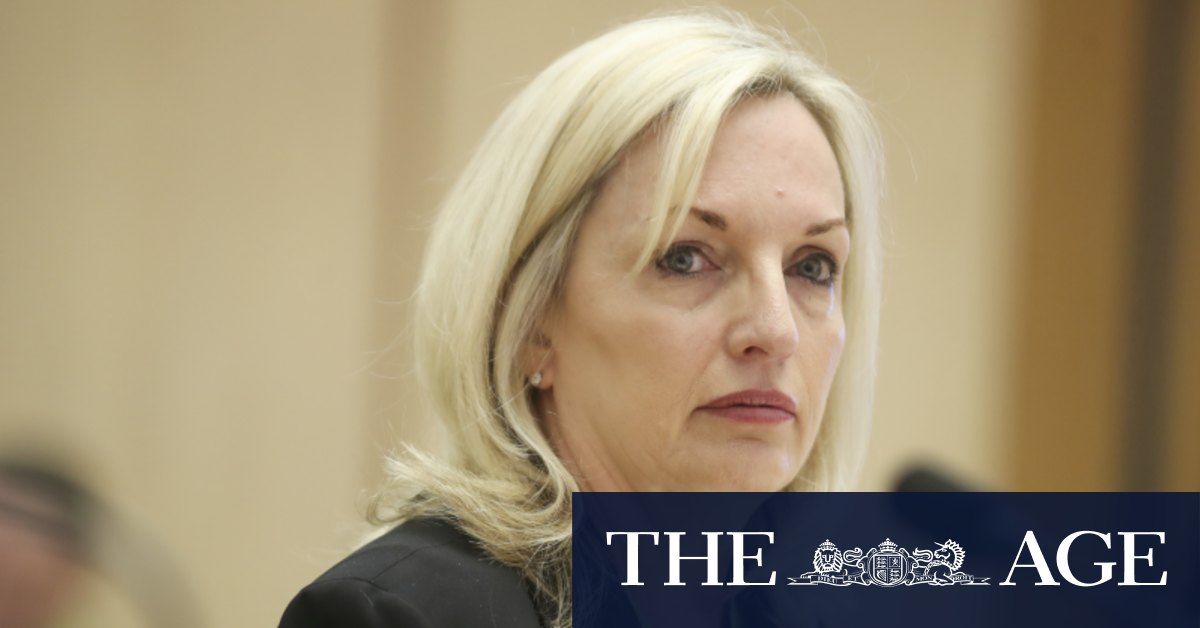 Her resignation comes amid a four-week long federal government investigation into Australia Post’s expenses and governance culture. It was triggered by her admission to a Senate estimates hearing that she had gave the watches as gifts to four employees in 2018 for landing a major deal with three of the big banks.

The revelation angered Prime Minister Scott Morrison and fuelled a perception of largesse inside the organisation as it grappled with a string of expenses-related scandals. These included Ms Holgate’s $300,000 spend on corporate credit cards and chauffeur-driven cars in the 2019/20 financial year and her decision to pay a reputation management firm $119,000 for just 38 days’ work for the organisation between June and July.

She also came under scrutiny for intervening on Senator Pauline Hanson’s behalf when the City of Melbourne refused to deliver One Nation stubby holders to locked down public housing tower residents.

Communications Minister Paul Fletcher and Finance Minister Simon Birmingham, in a joint statement, thanked Ms Holgate for her three years of service and said she had “driven important reforms”.

Ms Holgate referred to the watches saga as a “significant distraction” for Australia Post in the lead-up to the busy Christmas period.

“I do not believe it is good for either Australia Post or my own personal wellbeing. Consequently, I have made the difficult decision to resign, hoping it will allow the organisation to fully focus on serving our customers,” she said.

She said the employees “deserved recognition” for landing the banking deal, which “dramatically improved” Australia Post’s financial performance by securing a $220m investment.

Her resignation follows the collapse of her relationship with the Australia Post board, which was laid bare last week when her lawyer issued a public statement claiming the board had failed to follow proper process in attempting to stand her aside.

Chairman Lucio Di Bartolomeo confirmed Ms Holgate’s resignation in a statement that briefly referenced her contribution to the organisation.

“Christine Holgate has held the role of Group Chief Executive Officer and Managing Director since October 2017 and while noting the current Review, I would like to acknowledge and recognise the significant contributions she has made during her tenure,” the statement said.

Ms Holgate also said she had “no animosity” towards the government and “enjoyed” working with prime minister, despite her lawyer accusing Mr Morrison of “humiliating” her in the Parliament.

In a fiery question time speech last week, Mr Morrison declared he was “appalled and shocked” by the watch purchases and indicated she faced the sack if she did not stand aside during an investigation, telling the chamber: ” if she doesn’t wish to do that, she can go.

The Morrison government confirmed on Monday that law firm Maddocks had been appointed to assist with the four-week long inquiry, which is being led by the Communications and Finance departments.

The investigation will probe the roles of Ms Holgate, then-chairman John Stanhope and the board in the purchase of the Cartier watches for four senior employees in 2018.

It will also scrutinise Australia Post’s governance arrangements and management culture to determine whether it was an isolated incident or symptomatic of a broader culture of gift giving within the organisation.

Ms Holgate said she would be “readily available” to participate in the investigation and “any other issues of possible concern”.

Previous Lygon Street crowds top typical Melbourne weekend in 2019
Next ‘I knew who I wanted to ride him’: Kah the best jockey for the job