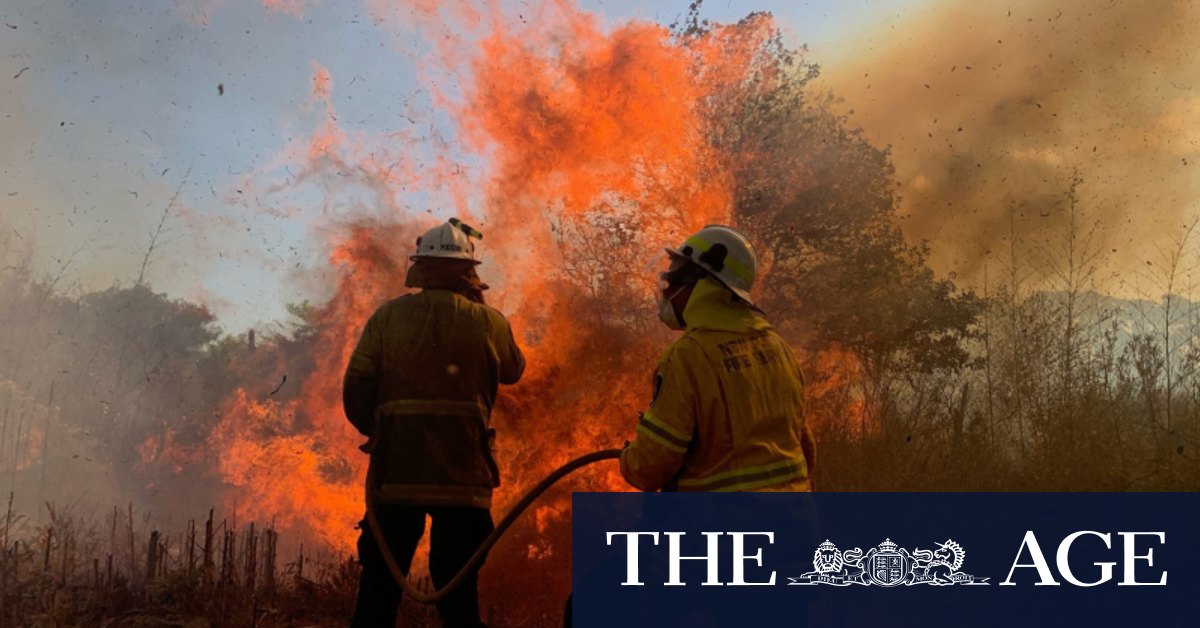 Prime Minister Scott Morrison said in January the “most constant issue that has been raised with me has been the issue of managing fuel loads in national parks” and his government would work on policies to address it.

Hazard reduction burns are carried out in cooler months to reduce the fuel loads in forests, whereas back-burns are undertaken during fire events to attempt to halt their spread.

Professor Ross Bradstock, the director of Wollongong University’s centre for environmental risk management of bushfires, said on Monday hazard reduction burning was “a small piece of the puzzle”.

“We could do more, but it’s expensive and the return is modest. The Victoria Auditor-General costed the state’s fuel reduction in 2019 at $110 million and emphasised it was not getting a clear answer on the degree of risk they had reduced, but noted it was only a small amount of risk reduction,” Professor Bradstock said.

He said investing in more hazard reduction should be considered but needed to be weighed against a better understanding on how it stacked up against other alternatives.

“For example, you might look at permanent vegetation modification around margins of development and bushland interface, invest more in fire suppression, or fund retro-fitting of houses to remove external features like decking that are known to be fire risks,” Professor Bradstock said.

The Institute of Foresters said the commission’s report lacked vision and it was “essential” a much greater focus was given to hazard reduction burning.

Locals from across the firegrounds flooded the inquiry into the 2019-20 Black Summer fires, which left 33 dead and thousands homeless, with submissions on the need for more hazard reduction burning.

A resident from Gippsland said the Victorian government had “failed to keep up with adequate hazard reduction burns, resulting in hotter and frequent bushfires”, while another from the Clarence Valley on the NSW North Coast said it was “reported that hazard reduction is not the answer because more hazard reduction has been done in recent times”.

Environmentalists, on the other hand, argued wide-scale burns would shrink the already diminished remnant habitat left in the wake of last summer’s fires.

The commission’s report acknowledged that hazard reduction burning was a “polarising issue” and recommended the states review their management policies and develop “consistent processes” to share data.

It warned that “extreme weather has already become more frequent and intense because of climate change” and “that further global warming over the next 20 to 30 years is inevitable”.

“More research is required to better understand the role of fuel loads in extreme bushfire development, or to confirm that no such role exists,” the report said.

Previous ‘Fire Fauci!’: Trump tells rally he just might after doctor warns of grim winter
Next In a Tibetan cave, Australian archeologists find evidence of a mysterious ancestor