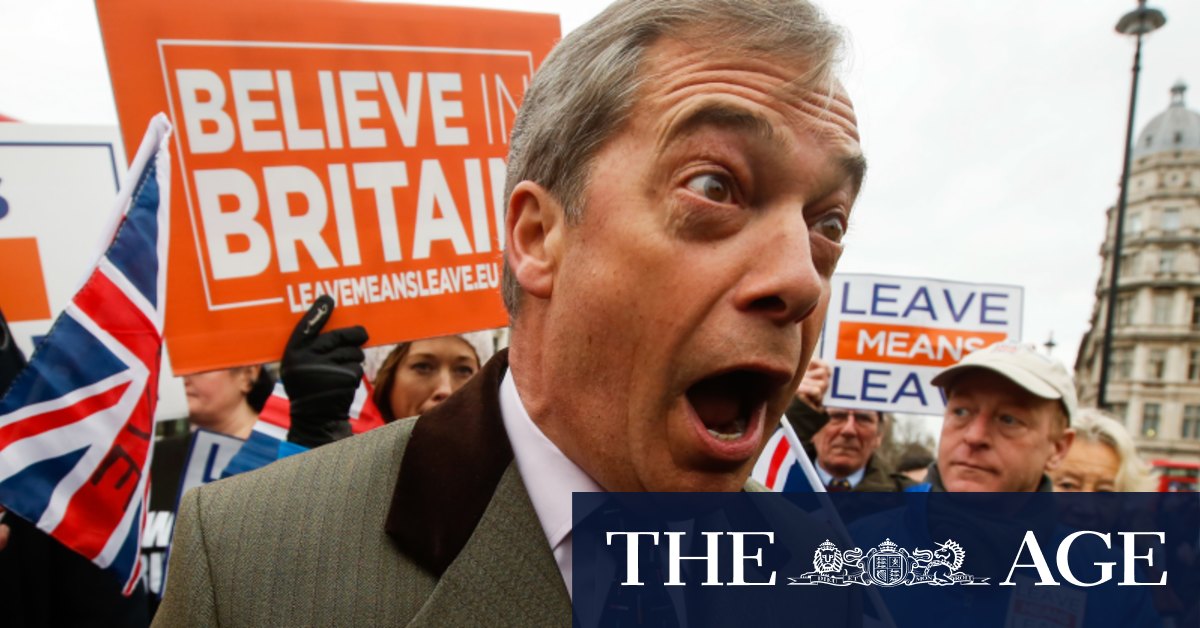 “Focused protection is the key, targeting resources at those most at risk: the elderly, vulnerable or those with other medical conditions.

“The rest of the population should, with good hygiene measures and a dose of common sense, get on with life. This way we build immunity in the population. The young act as warriors, creating a shield of protection.”

The World Health Organisation has said herd immunity is “unethical” and Johnson has previously said it would not work and produce an “intolerable death toll”. Australian Prime Minister Scott Morrison has called it a “death sentence”.

However Farage’s message will resonate in some parts of England, where unemployment has skyrocketed and a new lockdown will cause more economic and social upheaval. Britain’s first lockdown in spring enjoyed widespread support but the second is more polarising.

While Farage and his party have had little electoral success since the Brexit vote of 2016, his appeal to disenfranchised and right-leaning voters alarms the Conservative Party.

Johnson ordered the month-long shutdown on Saturday night after being told a second wave is on course to kill 85,000 over winter and overwhelm the National Health Service.

Farage said the government’s handling of the pandemic had been “woeful”.

“The strategy has been to terrify the nation into submission, coupled with a barrage of lockdowns, rules, regulations and threats,” he said.

“It is all about playing for time, in the hope that a vaccine miraculously comes along.”

The new lockdown is due to expire on December 2 but may be extended if surging infection rates do not fall. A group of rebel Tory MPs is expected to vote against the measure in the House of Commons on Wednesday.

Farage did not make the Reform UK announcement in the UK because he is in the United States for Tuesday’s elections. He is a personal friend of US President Donald Trump and has spoken on stage at rallies.

The Brexit Party chief dodged a ban on UK nationals entering the US by applying for a journalist visa. He is a columnist for London newspaper The Telegraph, which ran his opinion piece about the Brexit Party rebrand on Sunday night.

In a video recorded in the plush foyer of Washington DC’s Trump International Hotel, Farage said the average age of death of coronavirus victims in Britain was 82.

“I think it’s quite safe to say that what this second lockdown means is that ultimately more people will die of other illnesses, because they have not been diagnosed, than will die from COVID-19.”

He did not provide evidence to support that claim.

Matthew Goodwin, a professor of politics at the University of Kent, said there was more mileage for Farage in holding Johnson to account on the economic divide between the country’s north and south, the fallout from Brexit, and immigration issues.

“There is definitely a 5 to 15 per cent party in that which is more than enough to scare Conservative backbenchers and influence policy,” he said on Twitter. “Zero seats in Westminster but then, as we know, Farage doesn’t need seats to influence policy.”