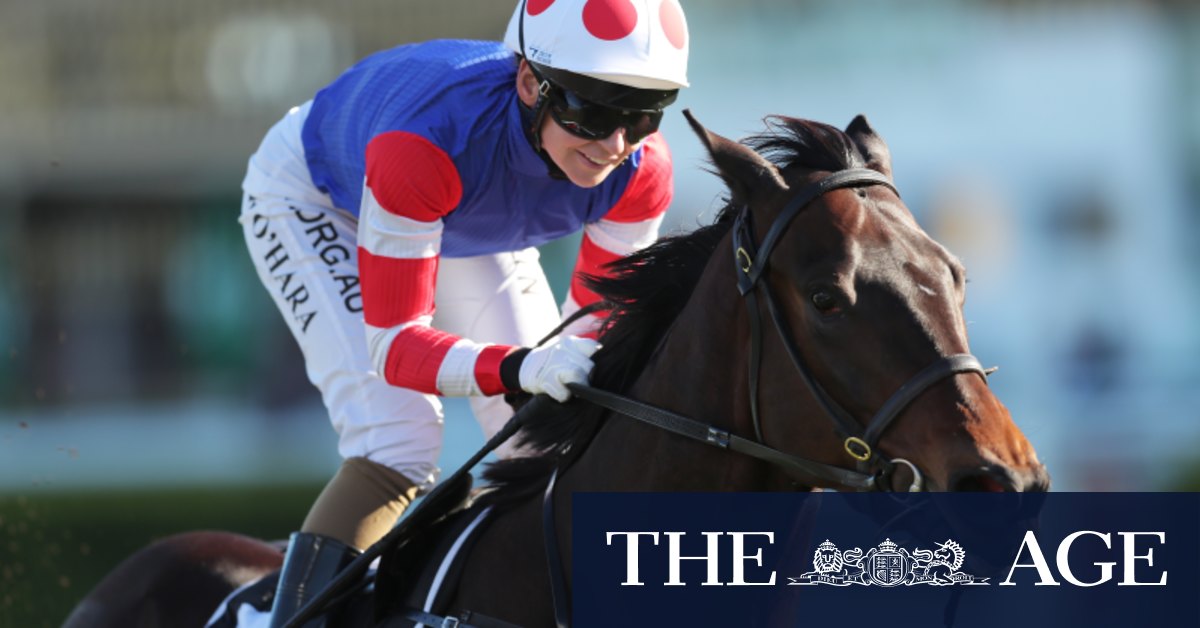 The horse has had his critics, and Portelli has been one of them in the past, but after three straight wins during the winter up to benchmark 78 level his expectations are high this time around.

“It’s a strong race and it will be a good little test for him, no doubt, because he’s gone up in grade.

“He loves it wet, he’s drawn wide, which is perfect, and I think he’d be right in the race.”

Spaceboy started his winter preparation as a maiden and the reputation as something of a speedy squib.

Portelli is adamant that perception will change, and his long range plan is to prove he can be effective at 1200m and even 1400m.

What the trainer has been doing behind the scenes since the start of that prep, which realised four wins from six starts, is part of the reason he’s not concerned about kicking off at 1100m.

“We put a tongue tie on and started training him a bit harder, a little longer work. It toughened him up, and the rest is history,’’ he said.

“I think 1100m is good because we’ve been able to get more work into him.

“The trip up and back to Brisbane was like a run. He had a gallop on Thursday morning and he just ran ridiculous time.

It should be pointed out that, while Portelli believes he can stretch Spaceboy out in distance, he said as that happens he won’t be changing his racing style.

Previous ‘I knew who I wanted to ride him’: Kah the best jockey for the job
Next Giants want Kelly type of compo for Cameron

Two down, five to go: McKeon ‘pretty happy’ with bronze in 100m butterfly