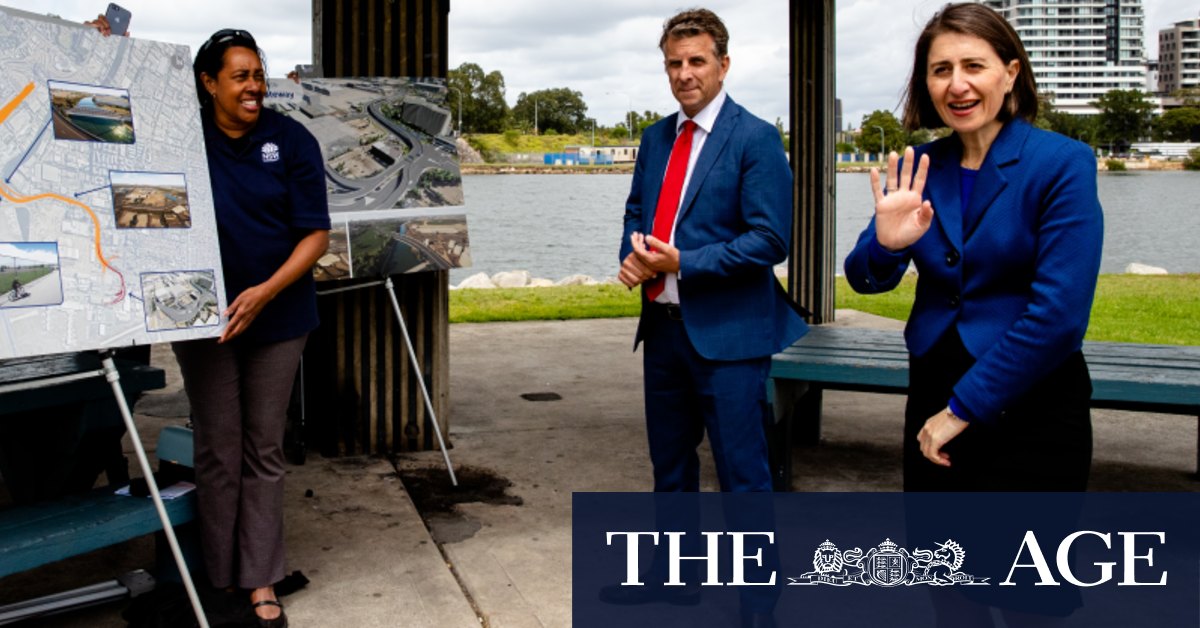 “I’m very comfortable with the 2024 timeframe given where we are now with the motorway network,” she said.

“Clearly, planning and detailed engineering work allows us to make sure that we get our timelines right.”

And while the previous business case indicated a connection to Port Botany, opposition roads spokesman John Graham said Monday’s announcement was proof there would be no new direct link.

“The airport link is now a year late. The port link is gone. The current plan does half the job, slowly,” he said.

He also raised concerns over revelations that the final stage of WestConnex, linking the M4 at Haberfield to the new M8 at St Peters, would likely open before the Gateway.

“The failure to coordinate these two road projects risks creating the world’s biggest car park all around the airport, as traffic simply grinds to a halt,” Mr Graham said.

“This is the first time we have heard that the Gateway project will not be completed until after WestConnex opens.”

The toll-free motorway will have the capacity to carry more than 100,000 vehicles a day, according to government data.

The government on Monday announced it had agreed to a joint venture construction contract between John Holland and Seymour Whyte.

Transport Minister Andrew Constance said the five kilometre Gateway would contribute to travel time savings of up to 40 minutes from Sydney’s west, when combined with the WestConnex.

“It is just going to alleviate the pressure people feel when they’re trying to get to the airport which at the moment is without doubt one of the most congested points in the network,” he said.

He said the government anticipated half of all trucks travelling to Port Botany would be using the Gateway by 2026.

The freight and logistics industry on Monday criticised the government’s handling of container movements in and out of Port Botany, given more than 8]0 per cent are moved by trucks.

Ms Berejiklian said the price tag for the Gateway could change, subject to “project contingencies”.

“At this stage we estimate it will be around that cost,” she said.

It will create 1000 direct jobs, with another 3000 indirect jobs generated.

After the pair were briefly separated, the other man punched Mr Mitchell to the face …