‘Not heading for elimination’: Victorians warned against complacency

admin 4 weeks ago Victoria News Comments Off on ‘Not heading for elimination’: Victorians warned against complacency 19 Views 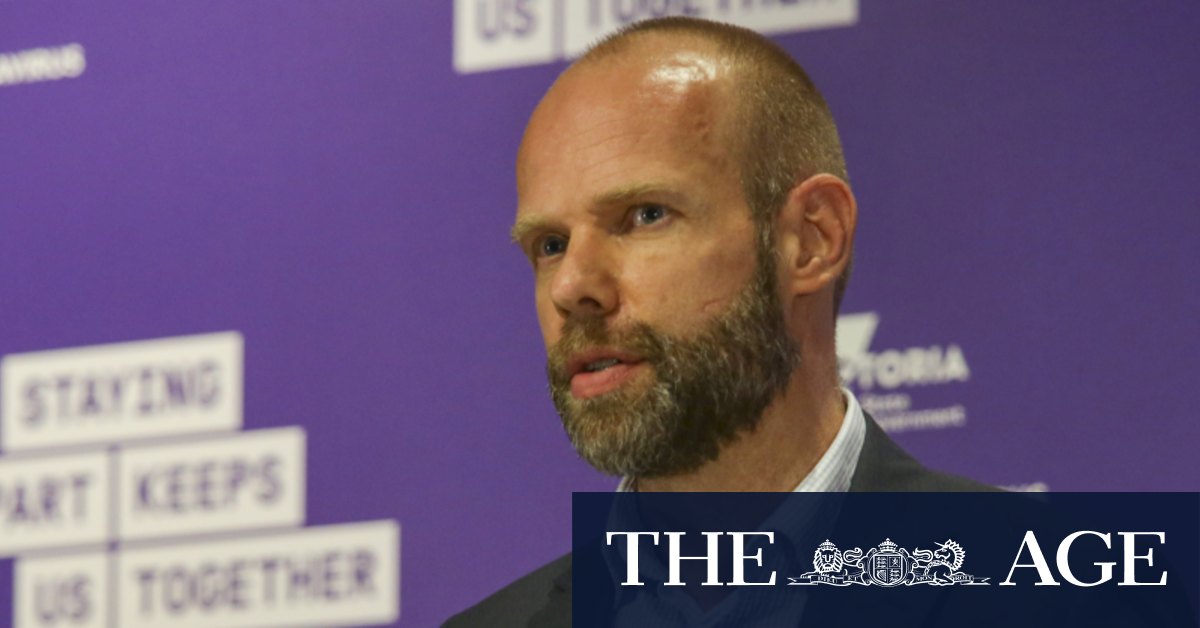 The government’s strategy has the backing of epidemiologist John Mathews, from the University of Melbourne, who said that without a vaccine and with travellers arriving from overseas, suppression remains the best approach.

“Even if we cut down community transmission we’ve still got Australians returning home from overseas,” the former national deputy chief medical officer said.

“There is always the potential for the quarantine to break down again. It might only break down once but it only needs to happen once.”

Professor Mathews said an elimination strategy was risky because it could lead to complacency. He noted New Zealand had thought it had eradicated the virus only to be hit with mysterious cases months later.

“They thought they had beaten it and it came back,” he said.

Professor Adrian Esterman, of the University of South Australia, however, believes Victoria could be on track to eliminating coronavirus if it hit a target of 28 days of no cases of community transmission.

He said the next two weeks would be critical as the effects of eased restrictions came to light.

He cautioned that incubation period of COVID-19 – the time taken for symptoms to develop – can be as long as 14 days and it was still too difficult to determine the level of community transmission, despite days of no new cases.

“All the other states and territories apart from NSW and Victoria have actually achieved elimination,” the epidemiologist said.

“So the big issue really is should Victoria and NSW try and fall in line and join the rest of Australia? If Victoria continues to closely follow its road map with the slow and steady easing of restrictions, it should get down to elimination very quickly.”

Face masks are not going anywhere anytime soon, with Mr Weimar warning it was too risky to change the policy as restrictions had only just been lifted.

Despite strong testing numbers, Mr Weimar did not rule out the prospect that Victorians may be called upon to be tested even if they don’t have symptoms.

He stressed it was “important we hold the line” and Victorians in hotspot areas may be asked to get tested if required, under the state’s new surveillance testing response plan.

“We are looking at different testing modalities at the moment,” he said.

Mr Weimar said the number of people getting tested was continuing to increase, saying it was “a really phenomenal trend” that showed people were determined to do the right thing.

Victoria’s Chief Health Officer, Brett Sutton, also took to Twitter on Tuesday to issue a stern warning to those who might think four days of zero new coronavirus cases means the state is out of the danger zone.

“Why is getting to very low/no cases and keeping them there so important?” Professor Sutton tweeted with a graph depicting Switzerland’s coronavirus cases soaring from three in June to 10,000 a day in October.

“Three cases on June 3 and now 10,000 per day and rising exponentially. If you don’t crush this virus, it could crush you.”

“If you’re on the beach, if you’re in the park, wear a mask. It’s the easiest thing we can all do to do our bit to keep ourselves self, to keep our families safe and to keep Victoria open.”

Meanwhile, the state opposition has called on the Andrews government to turn its attention to rebooting the economy after ABS data released on Monday showed Melbourne suffered a net loss of 8000 people in the three months to June.

Liberal frontbencher David Southwick said Premier Daniel Andrews needed to allow more businesses to reopen to stimulate the economy, but Jobs Minister Martin Pakula stressed that most of the 8000 had moved to regional areas rather than interstate.

“It’s been a tough year and some people have decamped but we don’t expect that to be an going feature of the economy,” he said on ABC radio, pointing to the increasing prevalence of remote working.

There are currently 38 active coronavirus cases in Victoria, the lowest number of active cases in the state since the start of the first wave. During the height of the second wave, there was a peak of 6776 active cases statewide.

Previous What happens if there’s no clear result on election night?
Next Experiencing a revival: Election cake, a forgotten recipe