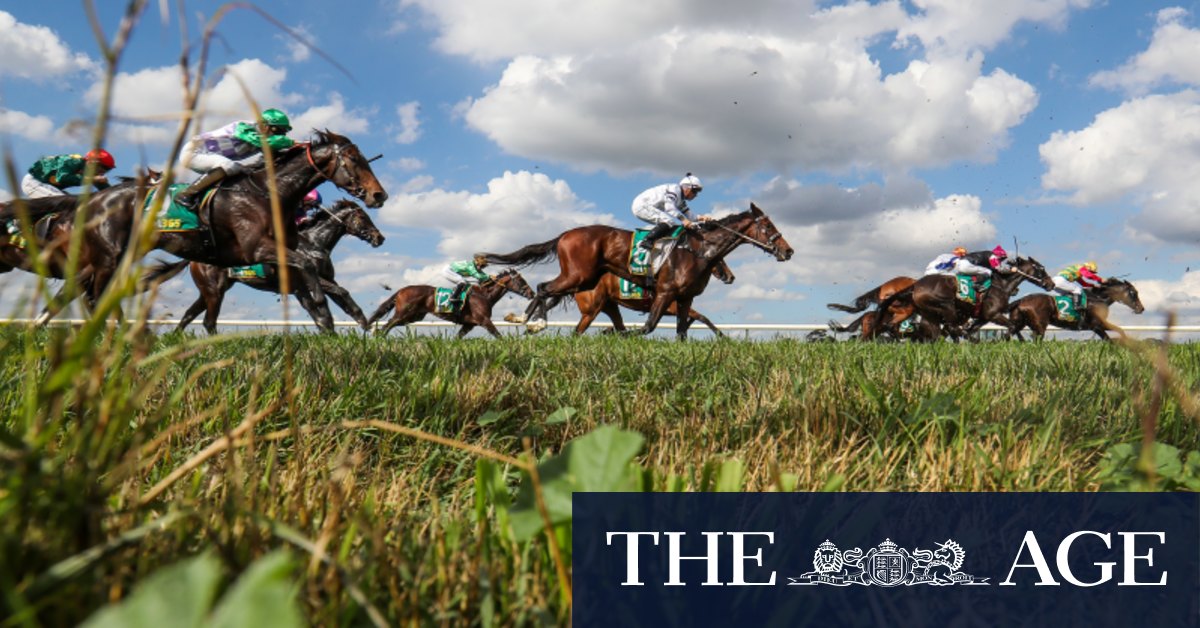 Canberra four-year-old 4. One Man Band has been up for a while, but ready to break through in conditions he should relish. Has been well in the market and close enough all prep on rain-affected going, and worked home nicely last start when slow to begin. Senior metro rider goes on, and just needs to slot in from a wide draw. Was scratched from canberra on Tuesday to be saved for this.
Dangers: Rival Canberra filly 11. Dancin’ Til Dawn is also on the cusp of winning after working home solidly in his last couple on wet tracks. Only missed a place once from her last five, and also preferred here to home-track meeting on Tuesday. Local four-year-old 2. Newtown Braveheart can go close at second start after hitting the line late on debut at Wagga on a soft 7 rating after being slow to begin; while liked the way Yass four-year-old 6. The Banjo found the line third-up at Wagga in soft ground.
How to play it: One Man Band to win and trifecta: 2,4,11/2,4,6,11/2,4,6,11
Odds and Evens: Split

Warwick Farm five-year-old 1. Skyray is a classy sprinter, and won two of his last three powering home from midfield. Query getting through these conditions under a big weight but the more the track improves the better.
Dangers: Randwick four-year-old 5. Destiny’s Son has been inconsistent this prep, but has a preference for rain-affected going, and can figure fifth-up. Kembla five-year-old 9. Against The Tide hasn’t been far off them in three runs this prep, and is bred to get through rain-affected ground.
How to play it: Box exacta 1,5,9
Odds and Evens: Odds

Should be a reasonably solid tempo in this one, and that augurs well for progressive three-year-old Warwick Farm colt 9. Astero who is the superior wet tracker over an ideal distance. Was freshened up before charging home to win his maiden on the heavy at Canberra, easily beating Wandonna who destroyed maiden opposition at his next start.
Dangers: Warwick Farm four-year-old 2. Maccomo has plenty of ability, and gave nothing else a chance winning his maiden from the front at Bathurst. Draws the inside, and gave the impression in winter he can produce on heavy tracks. Warwick Farm filly 10. Solar Flash has good early speed, and comes off an impressive front-running win at Nowra. Local five-year-old 7. Azoustic did his best work late second-up at Canberra, and suited up to this journey. Untried in heavy ground, but breeding is a strong pointer. Scratched from home track on Tuesday to be saved for this.
How to play it: Astero to win
Odds and Evens: Split

Another open contest over the mile. Promising Warwick Farm filly 8. Arctic Thunder has won two from three so far, charging home to claim a weaker CL2 at Bathurst. Up only 1kg for this and improving track is a bonus.
Dangers: Warwick Farm four-year-old stallion 3. Significance can use the inside gate to park right behind the speed, and will be hard to hold out after finishing close-up in a handy BM 64 at Newcastle; while include Warwick Farm five-year-old 5. Moon Panther, who hasn’t been beaten far in all four runs this prep at BM 64 level.
How to play it: Arctic Thunder to win
Odds and Evens: Split

Another open battle over the mile, with plenty of chances. Consistent local four-year-old 2. Rent A Rock looks well placed third-up from the draw after being narrowly edged out in consecutive highways at Randwick. Shoots up to 60kg but hard fit and will appreciate an improving track, especially if it gets back in soft 7 range.
Dangers: Another one trained on the track, seven-year-old 5. Defy can mix his form, but was close-up on soft 7 at Wagga; while Cowra mare 7. Lygia flashed home to win a weaker race at Leeton, and handles rain-affected going.
How to play it: Rent A Rock to win
Odds and Evens: Split

Now for the feature race. Tough and under-rated local six-year-old 7. Al Mah Haha is ready to win again coming off a solid Kosciuszko run, and improves again up to this trip third-up. Has rock solid wet-track form and was scratched from Rosehill on Saturday to be saved for this.
Dangers: Tough Canberra five-year-old 2. Handle The Truth was also strong to the line in the Kosciuszko, and is suited up this distance and well treated at the weights. Not sure high-class and tough Canberra eight-year-old 1. Man Of Peace will back up from the Yes Yes Yes run at Rosehill on Saturday, but he relishes any rain-affected going. Incredibly has never run on the Goulburn track in 55 starts. Expect a big run fresh from Warwick Farm six-year-old 3. Noble Boy, who thrives on wet tracks and has trialled OK; while progressive Randwick four-year-old 6. Chat drops back in class from the Silver Eagle after sweeping home to win a metro BM 78.
How to play it: Al Mah Haha each-way and trifecta: 2,7/1,2,3,6,7/1,2,3,6,7
Odds and Evens: Split

Toughest race on the card to finish. Randwick four-year-old mare 9. Running Four Bub may be the most talented in the race, and just needs to get through these conditions. Won her last two impressively, and is on the up. Was preferred here to Randwick on Tuesday.
Dangers: Rival Randwick mare 5. Miss Twilight is on the verge having found the line well in three provincial runs since landing her maiden here first-up on a heavy 9. Warwick Farm mare 3. Ruby Tuesday thundered home to win a BM 68 at Hawkesbury second-up. Seven weeks between runs, and inside draw under a big weight does her no favours.
How to play it: Running Four Bub each-way
Odds and Evens: Split