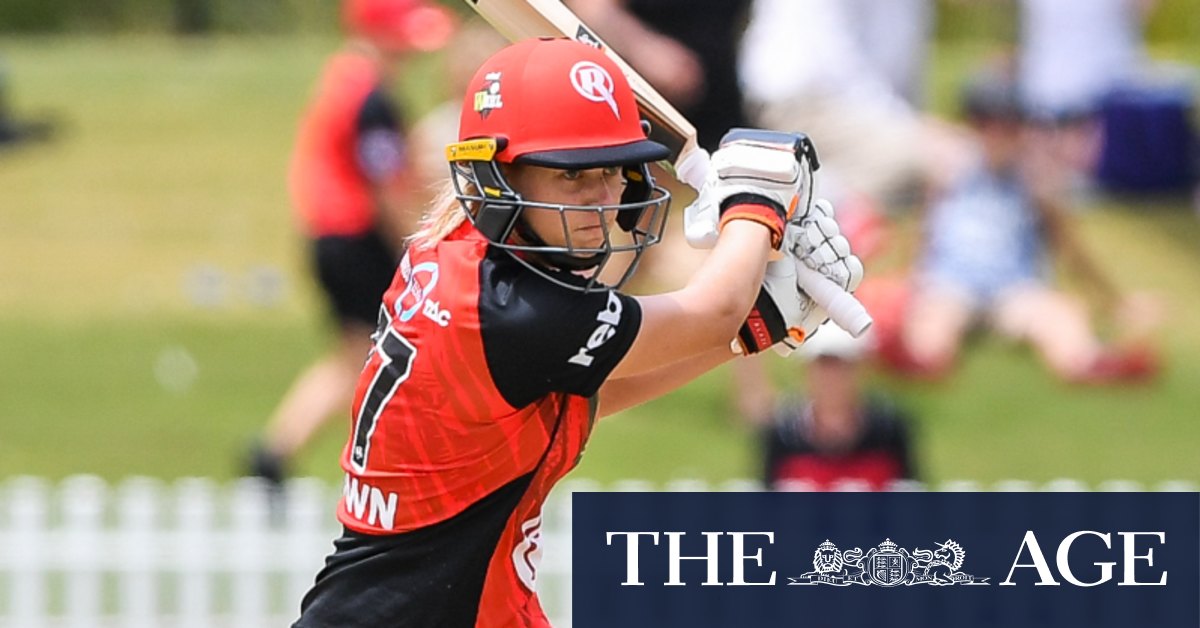 Semi-finalists last year, it’s hard to see how the Renegades under new coach Lachie Stevens can rebound, particularly if Brown is sidelined.

“Things haven’t clicked at all,” Mel Jones, the former Australian batter, said during the commentary.

Hurricanes opener Rachel Priest (34 off 33) had a thirst for a quick finish. The New Zealander took to the bowling with glee, and swiped six boundaries.

Sent in to bat, the Renegades were dealt an early blow when Sophie Molineux was snapped up at point for a golden duck. The Renegades have been unable to get going at the top of the order this tournament and yet again found themselves on the back foot.

South African slugger and prized recruit Lizelle Lee (19 off 30) and Amy Satterthwaite (20 off 29) threatened to take charge in a 29-run stand but that ended when young leggie Amy Smith struck with her first ball. The delivery skidded on and Lee, who had lunged forward, was adjudged lbw.

It was now down to Courtney Webb (4 off 5) and Satterthwaite to revive the innings but Webb’s brief stay ended care of Barbadian off-spinner Hayley Matthews when she was caught at long on.

Satterthwaite had crossed on the previous ball but may have wished she hadn’t because on Matthews’ next delivery, she played across the line and was bowled. This left Matthews on a hat-trick and two fresh batters at the crease. Josie Dooley, having missed Sunday’s clash because of illness, prevented a hat-trick but the Renegades could not lift a gear.

Georgia Wareham (8 off 11) has been the Renegades best batter this series but the overall malaise continued when she attempted an extravagant drive off the medium pace of Nicola Carey and was bowled, leaving the Renegades at 5-62 in the 15th over. The tail quickly fell, and perhaps did any hope the Renegades have of making the finals.