Breaking News
Home / Victoria News / Surprise! Most people value not dying or getting sick above all else

Surprise! Most people value not dying or getting sick above all else

admin 3 weeks ago Victoria News Comments Off on Surprise! Most people value not dying or getting sick above all else 14 Views 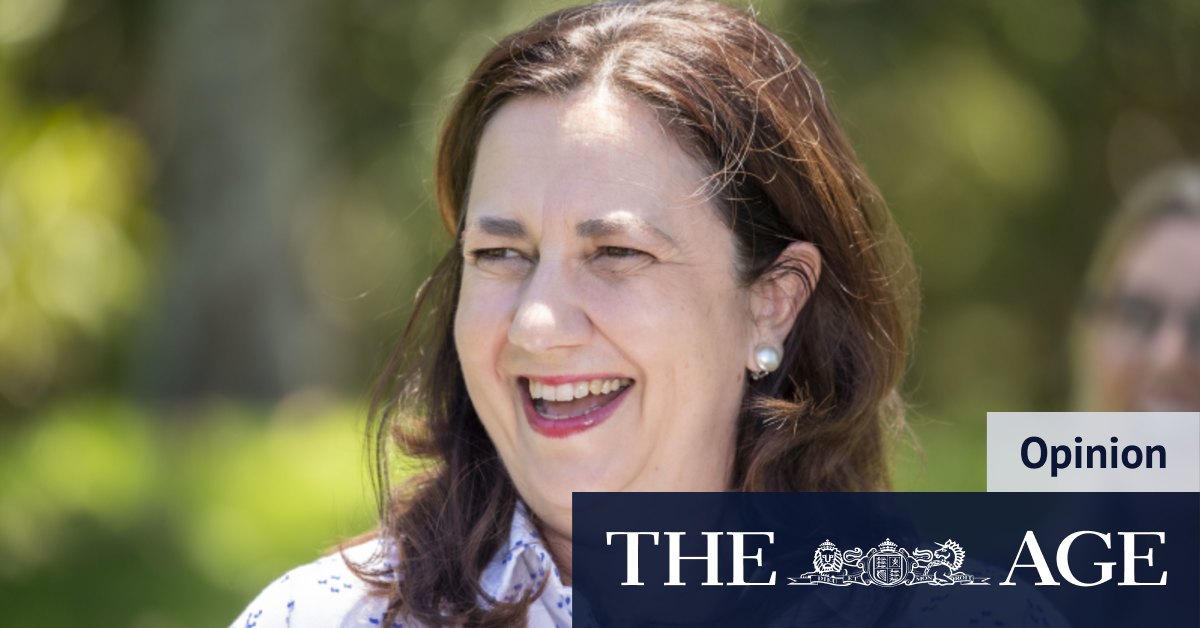 Since the early days of the pandemic, a feature of the Prime Minister’s approach has been to apply pressure on the states to loosen their restrictions on schools, borders and lockdowns. The response from the premiers and chief ministers has been to tell him that they’ll reopen when they’re ready.

And from their point of view, why would they do anything else? The closures are effective in protecting against the spread of the novel coronavirus and there’s a direct political benefit: it’s made the leaders popular with a large majority of voters.

Fortunately, we can look forward to a freeing up of the borders before Christmas but it’s being done on a timetable dictated by the state and territory leaders, who carry the bulk of the responsibility for keeping COVID-19 at bay.

It’s been all too easy for some commentators and political opponents to dismiss Palaszczuk’s victory as a cheap win that can be put down to a populist approach. But the politics of the pandemic are complex.

Victorians know that only too well. Despite a profound policy failure over its hotel quarantine program, the state Labor government and the Premier Daniel Andrews continue to command a solid core of popular support. Months of lockdown conditions that are only now being lifted have been both the community’s punishment and salvation from the second wave.

Andrews and his government have been severely damaged by the mishandling of hotel quarantine. Inevitably, when one thing goes wrong, other failures and missteps follow.

In this case, it was the exposure of weaknesses in the state’s contract tracing regime and the government’s apparent cluelessness about how it could have managed the quarantine program so badly – all the way to not knowing who came up with the design of the program, if the Premier and his senior ministers are to be believed.

Even before the Coate board of inquiry delivers its findings into the failures, the government’s standing in the community has been permanently diminished. In another time and in other circumstances, the damage would render the collapse of a government irreversible.

But it has not reached that point yet. Coate’s conclusions, which will come a few days before Christmas, could turn out to be so devastating that there’s no way back for this government.

However, right now the government continues to be fully upright and ambulatory. That’s because it’s benefiting from the counter-intuitive conditions established by the second wave of infections. Although its policy failure was what set the coronavirus free, it has maintained a base level of support because it did not let up until it had quashed that wave.

There is no shortage of detractors of the government within the community but it’s also true that Andrews was in tune with the majority of Victorians in imposing and extending the stage-four lockdown, regrettable and difficult as it was.

Ultimately, he was doing the public’s will because when you get right down to it, most people value not dying or getting sick above all else. Some commentators and even a few Liberal politicians have expressed bewilderment at the relatively benign attitude of many Victorians towards the Premier, diagnosing a form of Stockholm syndrome on the part of voters.

This misunderstands the situation. Ordinary citizens get how challenging it is for governments to navigate through a pandemic. Many respondents in private focus groups through the year, even those who do not like Andrews, have volunteered that they would not like to take on his responsibilities.

Andrews is not off the hook. The damage to the economy through the loss of jobs and businesses has been substantial. And he is yet to reckon with the findings of the hotel quarantine inquiry. But for the time being, the calculation of most Victorians seems to be that he is the only premier we’ve got and most are willing to go along – or put up – with him to get through this phase of the pandemic.

Can he make it as Premier all the way to the 2022 election? There’s no guarantee, and it’s likely that his hold on his job will be subject to enormous speculation in 2021. But for all of his peculiarities – his diffident manner, that little bit of chill that always accompanies his public appearances, his top-down way of running his government – Andrews knows how to stick close to public opinion.

Whether you find that cheap populism or simply democratic leadership depends on where you’re coming from.

Shaun Carney is a regular columnist.

Shaun Carney is a regular columnist. He is the author of books on industrial relations and the life of Peter Costello, and has been commended by the Walkley Award judges for his political columns.