Breaking News
Home / Sport / Twilight Payment does a Might And Power: how the Melbourne Cup was won

Twilight Payment does a Might And Power: how the Melbourne Cup was won

admin November 3, 2020 Sport Comments Off on Twilight Payment does a Might And Power: how the Melbourne Cup was won 32 Views 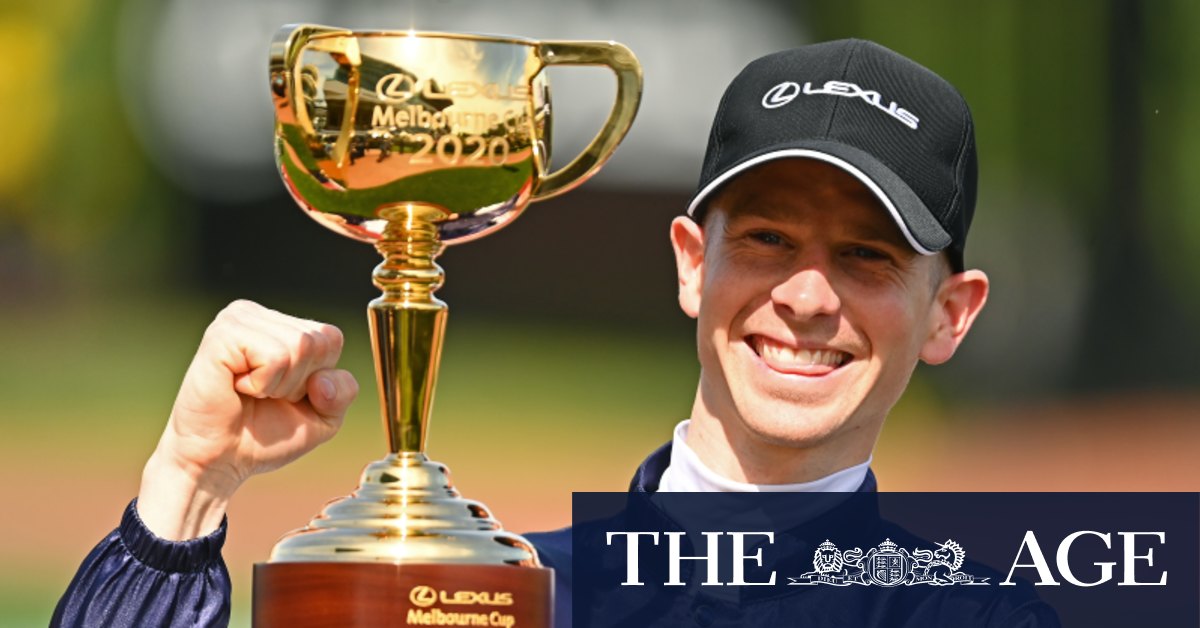 But that is what Twilight Payment and his young partner, Jye McNeil, did to marvellous effect in a sun-drenched Cup like none ever run before – and none we hope to ever see the like of again.

There were no punters, owners or race fans in attendance, but if Flemington had been thronged with the usual 100,000 crowd they would have stood and applauded an up-and-coming jockey who showed coolness and wonderful judgement of pace to make all the running to land Australia’s greatest prize.

McNeil has come of age in the past 12 months and his confidence has grown accordingly.

But even the best, bravest and most experienced riders think twice about jumping off in front and trying to lead all the way in a race watched by the entire nation – and millions more overseas.

When it comes off it is spectacular – but that is only because it so rarely does.

What is needed is a jockey with a clock in his head who can just the fractions perfectly, and a horse who is tough, game and determined and ready to answer every call.

That is why the combination of McNeil and Twilight Payment, an eight-year-old gelding – the first of that age to win since Catalogue in 1938 – were able to triumph for young Irish trainer Joseph O’Brien and owner Lloyd Williams, with Aidan O’Brien’s Tiger Moth second and evergreen English stayer Prince Of Arran once again performing superbly to finish third.

He has now run in the frame in the last three Melbourne Cups, evoking memories of another great old English warrior in Red Cadeaux, twice a runner up at Flemington.

The Melbourne Cup’s winning most owner Williams was posting his seventh Cup win, a record that is unlikely to be surpassed for some time, if ever.

At the age of 26 it was, remarkably, a second Cup for trainer O’Brien who won with Rekindling in 2017, also in Williams’ navy blue and white colours.

McNeil is one of the emerging stars of the Victorian racing industry and his industrious work rate, talent and polite demeanour make him a popular figure with all in the sport.

Within the Williams camp there was more than a quiet optimism that their two Irish-trained candidates, Twilight Payment and last year’s placegetter Master Of Reality, could outrun their odds.

Nick Williams, Lloyd’s son, said it had been his father who made the call to book McNeil for the mount several months ago when he realised that the coronovirus restrictions would make it difficult for leading international and Sydney-based riders to come to Melbourne.

“He said to me that he had booked Jye as he was the best young rider in the country,” Nick Williams said, reflecting that his father, as so often where the Melbourne Cup is concerned, was on the money.

Twilight Payment was unplaced from a wide draw last year when he again forced the pace.

Back then he had only been bought by Williams and not long transferred from Jim Bolger’s Irish stable to Joseph O’Brien.

This time McNeil eased him across from his barrier in the centre of the field (12) to get close to the fence soon after the start and made a pace to suit himself.

Meanwhile Tiger Moth’s jockey, Kerrin McEvoy, had also ridden superbly from his wide gate (22) to get his inexperienced mount racing prominently and locked away on the rail a few lengths in arrears as McNeil dictated the tempo.

The duo raced prominently and in reality nothing else really landed a blow.

McNeil kicked for home near the top of the straight and shot clear with Tiger Moth in pursuit, McNeil pushing and shoving to keep his dour partner in rhythm as McEvoy looked to galvanise the well-backed runner-up, who put in a terrific performance at only his fifth ever race start.

For McNeil, crowd or no crowd, this was a moment to savour.