Australian government pledges to work with whoever wins US election 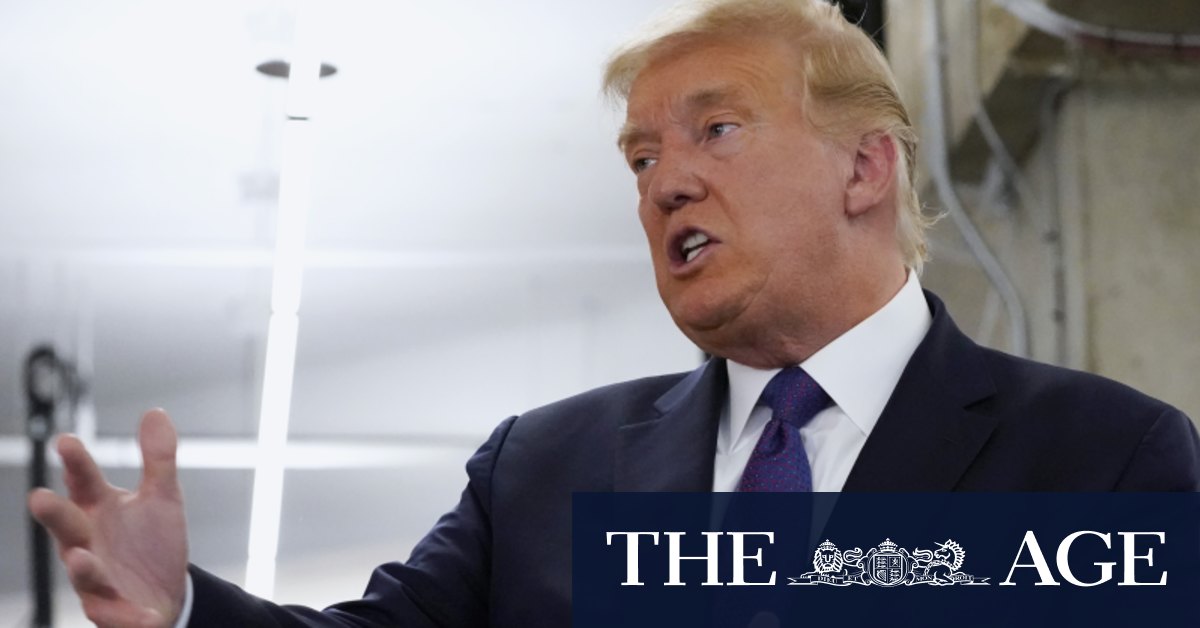 “The alliance and the strength of the relationship between Australia and the US will remain regardless of who wins.”

The federal government’s relations with Washington DC have been rocked at times over the past four years, including when Mr Trump angrily rejected a refugee agreement his predecessor, Barack Obama, reached with former prime minister Malcolm Turnbull.

Mr Trump honoured the agreement after an angry phone call with Mr Turnbull that was later leaked.

In another stand-off, Mr Trump sought to impose tariffs on Australian steel and aluminium before some of his key cabinet secretaries convinced him to exempt Australia from tariffs imposed on others.

Asked whether the alliance had been damaged during Mr Trump’s time in power, Senator Birmingham said “not at all” and said the alliance was bigger than any prime minister or president.

“We’ve been able to forge working relationships with this US administration just as we have all of their predecessors and we will whatever happens into the future,” he told radio station 2GB.

Foreign Minister Marise Payne said it was not for an Australian minister to speculate on the outcome of another country’s election.

“I am absolutely confident that, no matter the outcome, Australia’s relationship with the United States will continue with the strength and the depth that it has exhibited over more than a century now,” she said.

Former prime minister Kevin Rudd has called for the Morrison government to add its voice to global calls for all sides to respect the election outcome if there is a dispute over a close result, saying a crisis would only help strategic rivals such as China and Russia.

Senator Payne sidestepped a question on Wednesday about whether Australians in the US should be concerned about civil unrest.

“Australians should always be very careful to follow the advice of local authorities and be careful to avoid any areas of concern,” she said.

The outcome is significant for Australia on several fronts given Mr Biden is seen as a more orthodox leader who may shift US policy on China and the Asia-Pacific, while also committing the US to stronger action on climate change.

Labor leader Anthony Albanese would point to a Biden victory as a sign that Mr Morrison must set bigger targets to reduce greenhouse gas emissions, given moves by Japan and China to commit to net zero emissions by 2050, which is also federal Labor policy.

“We will be looking very, very closely at the outcome,” Mr Albanese said on Wednesday morning.

“It may well be a range of days before we get an outcome, and I think that’s concerning – there’s nervousness there in the US, given the propensity for a more divisive society than we’ve seen for a long period of time.”

Speaking as the votes were tallied, Mr Turnbull noted the challenges for Australia in working with Mr Trump should he hold power.

Mr Turnbull said officials and ministers in his government had seen their contacts in Mr Trump’s administration move on, making the leader-to-leader relationship with the president vital.

“Whether it’s our officials, our ministers, our diplomats, [they] could build up relationships with people in the White House but they kept going – it was like a revolving door,” Mr Turnbull told ABC TV.

“Ultimately, the critical interaction is with Trump – because he’s about the only person who’s been there for the four years and he’s the one who makes the decisions.

“So it’s a much more personal exercise of authority.”

Previous Open for business: NSW to accept visitors from all states and New Zealand from November 23
Next Big four boost: Federer, Nadal, Djokovic and Serena commit to playing Australian Open