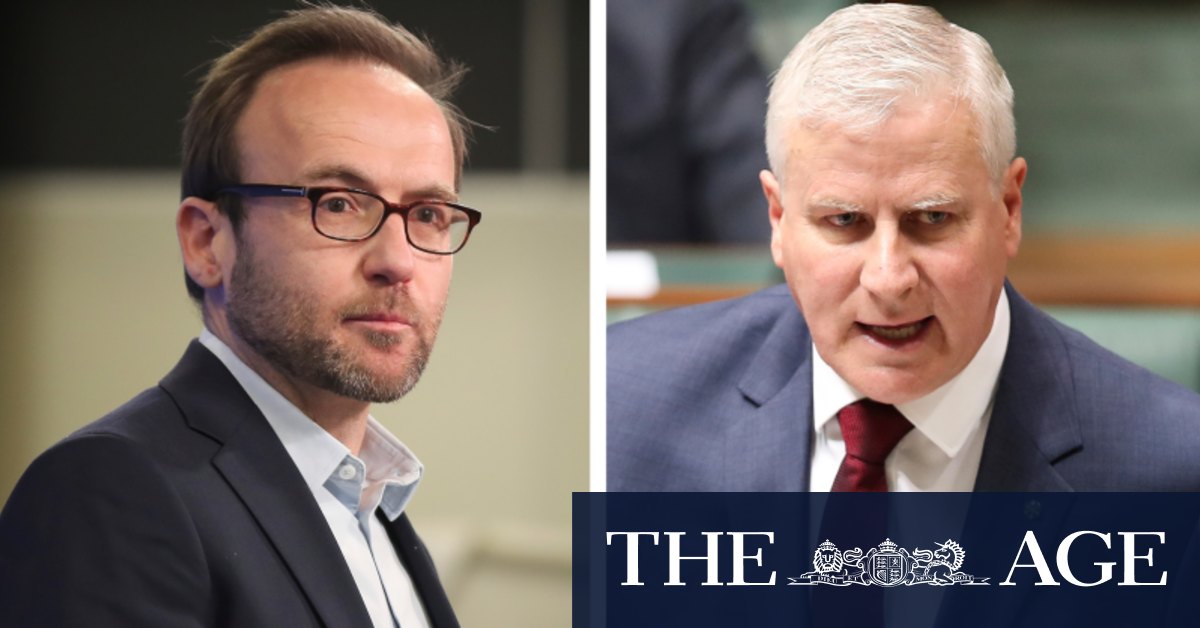 It is rare for a minor party leader to address a foreign government and the comments were on Wednesday labelled “disgraceful” by Mr McCormack and Resources Minister Keith Pitt.

“The Greens have attempted to undermine our democracy,” Mr McCormack said. “This is treacherous behaviour.”

“If you want to change policy in Australia, you don’t do it by trying to outsource policy-making to a foreign entity – you change it by running for election and winning enough votes to form a government.”

Mr Bandt fired back at Mr McCormack on Wednesday, accusing him putting jobs and farmers under threat by protecting fossil fuels.

“The only way to protect this country we love is to phase-out coal,” he said.

“Traitors tend to be strategic, Bandt’s actions are better described as reckless and self-defeating. The question becomes which Australian product will be next on his ideological hit list?” Mr Fitzgibbon said.

China, Japan, Britain and South Korea, which together account for more than $310 billion in Australian annual trade, have all now adopted a zero emissions target by 2050 or 2060. The European Union has also adopted a net-zero target by 2050 and proposed a carbon border tax that could see high-emissions exports hit with an import levy.

The Morrison government has argued it will comply with the terms of the Paris climate agreement by reaching net zero by sometime in the second half of the century but has not set a firm deadline.

Under the Paris Agreement Australia is also required to meet an earlier target and reduce emissions by at least a 26 per cent, based on 2005 levels, by 2030. The government says it will use banked-up “carryover” emissions reduction credits which were earned by exceeding the previous Kyoto agreement target from 2008.

Australia exported 48 million tonnes of metallurgical and thermal coal to Korea in 2019-20, worth $6 billion. South Korea was the world’s third largest natural gas importer in 2019, including $5.2 billion in LNG from Australia.

Mr Pitt said Australian resources exports were “valued for their high quality and they will continue to underpin Australia’s trade markets”.

“Australia is a strong and reliable trading partner for many countries, including South Korea,” he said.

“It is short-sighted and selfish in the extreme for the Greens to so flippantly diminish the hard work of Australians who work in and with our resources sector.”

Previous Welcome to Wonderland: it’s weird and we may be here a while
Next How do Victoria’s coronavirus rules compare to other states?