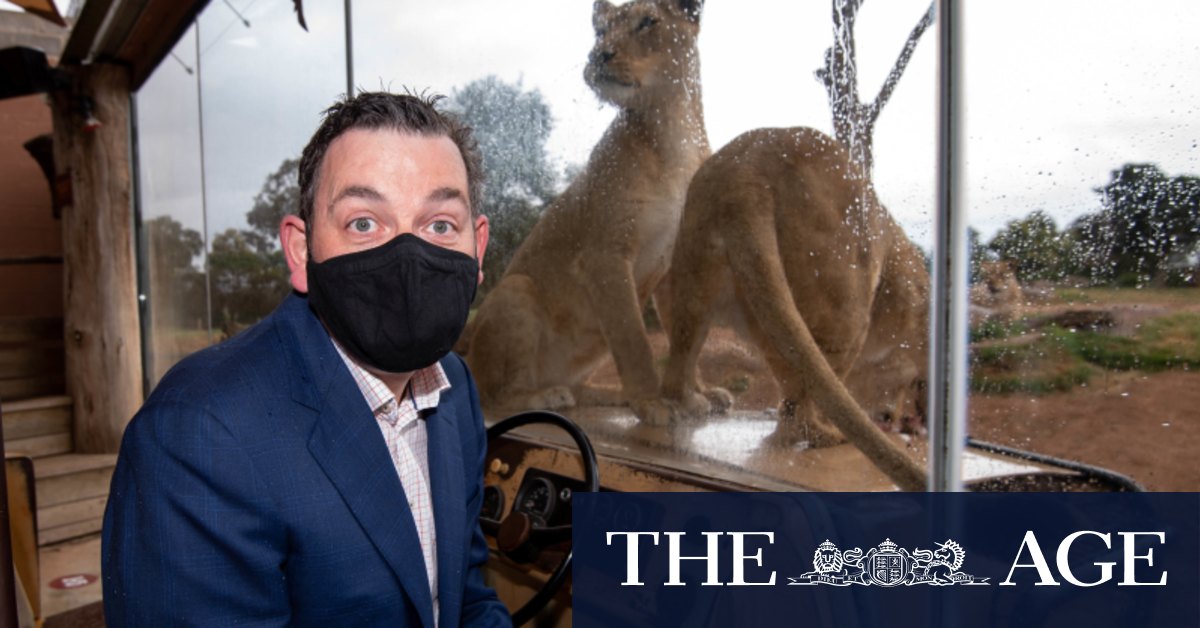 However, he urged Victorians not to go to Sydney unless they had to.

“You want a summer holiday? We’ve got lots of opportunities here, lots of things on offer, the very best in the country no less,” he said.

There are 30 active coronavirus cases in Victoria.

This is the lowest number of active cases statewide since these numbers started being counted in mid-March.

Sporting a fresh haircut, Mr Andrews returned to the podium today after a short break from his marathon 120 consecutive press conferences, swapping the purple wall of Treasury Theatre for a backdrop of live lions.

The Premier said it was the first time in months that he had ventured out. Speaking to reporters at Werribee Zoo, he also announced funding to shift Melbourne Zoo’s Asian elephant herd to the open range environment.

“It is the first time I have not been in front of a purple wall or at my house in months and I couldn’t think of a better place to be,” he said.

“I have had a haircut, yes, a professional haircut – there were a few amateur ones along the way.”

Other Melburnians have also been enjoying their new freedoms. Many, without masks on, gathered at beaches on Tuesday.

Mr Andrews said those who failed to socially distance or wear a mask were putting the state’s positive strides out of lockdown at risk and warned COVID-19 was “still lurking” in the state.

“We’ve all built this together, made great sacrifices. If we don’t all value it, wearing a mask, keeping distance as much as we can … then this won’t last, as positive as this is,” he said.

The Premier would not be drawn on whether the low numbers mean restrictions on home visits might be eased, or patronage in hospitality venues increased amid changes expected to be announced this Sunday.

“A day of zero or even five days of zeros isn’t the same as having a vaccine. We all need to play our part,” he said.

A day of zero or even five days of zeros isn’t the same as having a vaccine. We all need to play our part.

The state’s 14-day case average has fallen to 1.7. That compares with a 14-day average of 1.1 for locally acquired cases in NSW.

There have been two mystery cases over the previous fortnight, meaning there has been no net change since Tuesday.

The only other time the state recorded so many consecutive days of zero cases was in February when there were three weeks of no cases.

That run was broken when the state’s fifth coronavirus case was confirmed on February 22.

There are two Victorians in hospital, neither of them in intensive care.

A total of 17,357 tests were carried out on Tuesday, bringing the total number of tests carried out since the start of the pandemic to 3,233,374.

Premier Daniel Andrews’s update was his first since Friday, when he said he was stepping away from the podium for a while after racking up 120 consecutive days of fronting the daily press conference.

There must be a better way of dealing with this