Race-by-race preview and tips for Hawkesbury on Thursday

admin November 4, 2020 Sport Comments Off on Race-by-race preview and tips for Hawkesbury on Thursday 37 Views 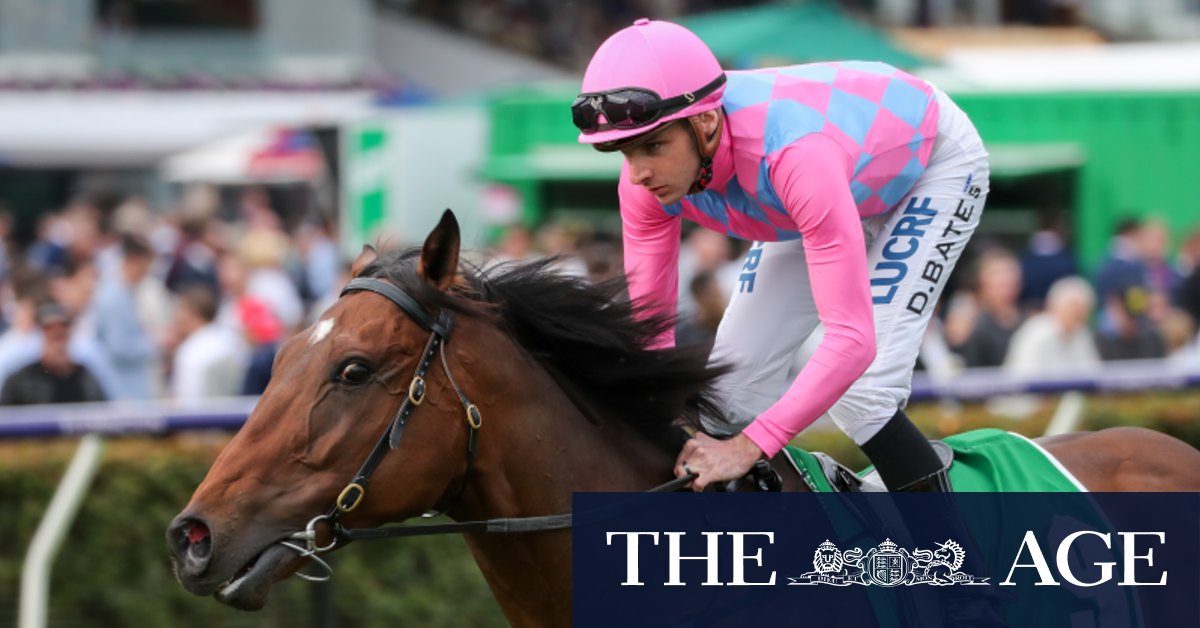 1. Carluca is very consistent and does handle any conditions. Bumped into an in-form horse here last time who then won in town and he drops 2kg. Only has to hold his form and he will be in the finish somewhere at each-way odds.

Dangers: 5. Happy Candy has won on a heavy track at Hawkesbury and gave a big sight in front when a close fourth at Kensington two weeks ago. Down a notch in class and should be in this for a long way. 2. Glamour Fox has struck top form with wins here and Kembla and is certainly OK on a soft track but may be a small question if there’s a downgrade. One of the main chances with that heavy proviso. 6. Montserrat showed improvement second-up in the same race as Carluca and if he can repeat that he’s in the mix. May be a small question on a very heavy track but otherwise is in the mix.

1. Chestnut Scaffa is a very interesting debutant and is a big market watch. Trialled okay behind Emeralds in June then went to the line held between runners at Randwick a few weeks ago in his latest trial. Wouldn’t surprise to see him run a cheeky race.

Dangers: 4. Glock is a 10-start maiden but has a bit of wet track form and is trialling quite well leading into a first-up run. Races around the speed and can be in the finish. 6. Lamanza is a five-year-old on debut and his last two trials have been against Glock with a win and a second to both horses. Not seen a wet track, by Dundeel so may be OK on that score, but worth keeping safe. 7. Mikhail hasn’t raced since the end of April and his career has been mixed to date with a couple of placings and a few failures. One of those placings was on a soft 6 and his latest trial was okay. Each-way.

How to play it: Chestnut Scaffa E/W. Odds & Evens: SPLIT.

11. Skip To My is a well named and nicely bred filly in the Nathan Doyle stable who looked the goods winning her only trial at Gosford in mid-October. No guide on a wet track but her dam was placed on a soft 7 so maybe she’s okay. On the trial she’s the one to beat.

Dangers: 13. Titan Star made a handy enough return running fourth on a good track here two weeks ago but he does have a couple of placings on a soft 7, including one at this track, to recommend him. Fitter and the wet brings him into contention. 2. Birdonawinningpost is ex-Team Hawkes and makes her debut for Will Freedman here after quite an easy trial win at Muswellbrook recently. Another with no wet-track exposure so be guided by the market. 9. Lessing is an improver with placings at Newcastle and Kembla, the latest behind a promising type. Has trialled well on a heavy track and a wide gate isn’t necessarily an issue at this track. Has a show.

8. Duchess Of Windsor has excellent wet track credentials and she’s back to a more suitable trip after tackling a 1550m race at Kensington last start. She was very strong late there so it’s a better run than it looks and she’s rarely out of a place in the wet. Each-way.

Dangers: 4. Donnachiara produced her best run in a while with a very nice win over 1800m here two weeks back where she finished best late. Only heavy track run was in the G3 Adrian Knox so that may not be a guide. Definite chance. 1. Tampering has the best depth of form coming off a second at Kensington fourth-up and she’s been placed in three of his four runs back. Only heavy track start was a fourth to Stockman at 2000m at Randwick and he led on that occasion. Can’t be overlooked. 3. By Design is a big query first-up since August but he has two heavy track wins at 2000m in his form prior to a break. Hard to line up but the wetter the better for him and it would give him an upset chance.

How to play it: Duchess Of Windsor E/W. Odds & Evens: EVENS.

6. Cathay is a proven wet tracker resuming from a promising first campaign which netted two wet track wins. Trialled in a strong heat at Hawkesbury recently and ran well. Everything points to her being competitive first-up.

Dangers: 4. Champagne Daisy is ex-David Vandyke and raced pretty well in Brisbane including a soft 6 win in June. Trialled at Scone and finished close up. Keep an eye on betting for a guide but worth throwing in the mix. 7. Thudson couldn’t match the speedy Malkovich first-up here but made ground into second in a handy return. Only failure was on a heavy 8 behind North Pacific back in July so that is a query but this is a different class. 1. Aeecee Vinco is always thereabouts and rode the speed when placed behind Belluci Babe here almost a month ago which isn’t bad form. Been a while since he’s seen a wet track but has a heavy placing.

2. Looks Like Elvis has been racing very well all spring without a heap of luck. Game in the Shannon three back then a big run in the Epsom beaten 1.7 lengths. Excuses at Randwick last time, he handles the wet and like the wide gate. Go well.

Dangers: 5. Archedemus was too bad to be true second-up dropping out after sitting on the speed. Handy run first-up in Melbourne and has won at this track and trip, and usually fires in the wet. Entitled to another chance. 1. Mantastic backs up from a late closing fourth in the Rosehill Gold Cup last weekend and has the blinkers on. Does need a win but his best efforts lately are good enough to have him in the finish. 10. Matowi has been thereabouts without winning this time in. He was just ahead of Looks Like Elvis at Randwick last time and is one of those horses that could easily go close without surprising.

3. Angel Helena went under as a short-priced favourite here second-up but she is worth another chance with a wet track and a wide gate looking to suit. She hit the line fresh then last time was a bit closer and didn’t finish off. Can bounce back.

Dangers: 1. Divine Eleven was honest last time in winning a maiden at 1400m then training on to be competitive at middle distances on wet tracks. Fitter for a couple of trials, will improve on what he does but capable of winning fresh. 5. Segrill hasn’t raced since placing on a soft 7 at this track back in June so the ground won’t be an issue for her. Likes this track and fitter for two trials. Has a show. 2. The Empire has been hit or miss with two wins and two lasts in his four starts. Led and held on at Nowra last time, blinkers come off and if he handles the ground he can be around the mark.