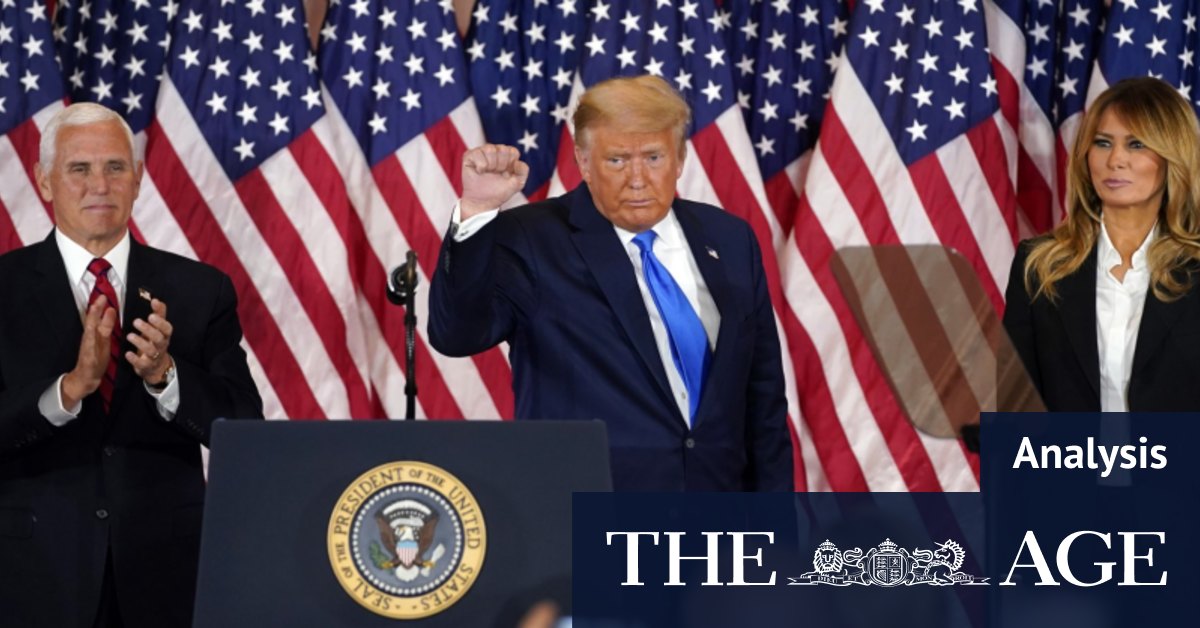 “We will never let them do it,” he said on Twitter. “Votes cannot be cast after the Poles are closed!”

But votes are not still being cast; they are being counted, which is entirely proper.

Then, in an early morning address at the White House, Trump prematurely claimed victory and falsely claimed that his voters were being “disenfranchised” because millions of votes remain to be counted. He vowed to go to the Supreme Court to stop the remaining votes, which are expected to favour Democrats, from being included in the totals.

Even if he doesn’t succeed, Trump has made it clear: he’s willing to resort to blatantly anti-democratic measures if that’s what it takes to stay in power. It was a dark, disturbing moment in American history.

Trump has pushed the nation to the brink even though he still has a shot at being legitimately elected.

Regardless of the final tally, Democrats did not achieve the thumping repudiation of Trumpism they have longed for since 2016. Biden’s pathway to victory is a clear but nail-bitingly narrow one. Hopes of a potential Biden landslide faded early in the night when Trump claimed Florida, Ohio and North Carolina. This is not an election that will bridge America’s divides, but will deepen them.

Just as they did four years ago, pollsters underestimated Trump’s popularity in a series of battleground states. Although Biden almost certainly won more votes than Trump nationwide, America’s unique Electoral College system is again keeping the President in the game.

Trump proved to be a turnout machine for both sides of politics. Democrats in the cities and suburbs came out in big numbers to vote for Biden. But the Trump campaign succeeded in its goal to boost turnout in the rural areas where he is beloved. Trump’s high-energy blitz of rallies during the final days of the campaign clearly achieved its goal – social distancing be damned.

Since his 2016 election victory, Trump has been mired in seemingly endless scandal. He was impeached by the House of Representatives. He presided over a pandemic that has claimed more than 230,000 American lives. Yet he still has a shot at victory.

It’s a testament to how deep his support runs with his core base: white voters without a university education. Even after four years in the White House they still regard him as a political outsider, battling against the Washington establishment.

This time around Trump added a twist by making significant gains with Hispanic voters. This proved crucial in states such as Florida and Texas. It’s an outcome few could have foreseen for a politician whose signature policy is building a wall on the border with Mexico.

Biden, for his part, is projecting confidence that he will rebuild the Democrats’ “blue wall” in the rust belt states of Michigan, Wisconsin and Pennsylvania.

“We are feeling good about where we are,” Biden told supporters in Delaware. “We are going to win this.”

The only thing to do now – regardless of what Trump says – is to wait until all the votes are tallied up. The American people have spoken, but it’s too soon to know exactly what they said.