Two-metre Peter could be right option for Essendon

admin November 4, 2020 AFL Comments Off on Two-metre Peter could be right option for Essendon 48 Views 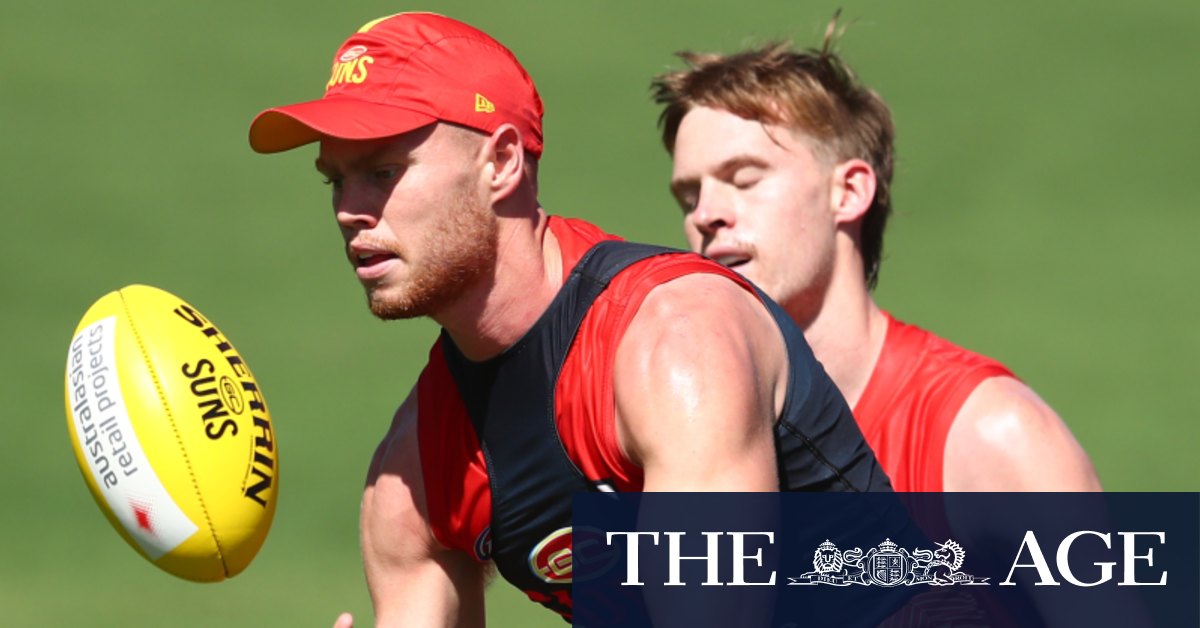 “I think Peter Wright will be on the Essendon Football Club’s list next year,” Lloyd said.

“(They) shouldn’t have to give up much for him.”

A decision on Wright could also smooth the way for Orazia Fantasia to get to Port Adelaide as negotiations reached a stalemate.

Essendon are holding firm, saying a first-round draft pick must be part of the deal. But Port Adelaide have declared that their first pick next year is off the table and will not be traded under any circumstances.

While the South Australian has officially requested a trade to Port Adelaide, sources close to the deal-making say the Bombers are now worried about losing more pace and firepower without much in return.

Conor McKenna has returned to Ireland after retiring from football and Adam Saad will eventually get to Carlton – most likely for the Blues’ first pick (currently eight) – meaning the Bombers already are losing significant pace from their list.

At his best, Essendon believe Fantasia has All-Australian ability. In 2017, he kicked 39 goals in 20 games.

Port Adelaide, however, are well aware that Fantasia has played just 33 games in three seasons since then.

He’s struggled with both groin and calf problems in recent seasons but is now fully fit.

Despite some reports that Essendon demanded a player from Port Adelaide, it is believed that the haggling is now over draft picks only.

Sources believe the Bombers have asked for Port’s future first round pick for Fantasia and are willing to give a pick back.

That values Fantasia at slightly worse than pick 18 if Port Adelaide were to win the premiership next season.

Sources say Port Adelaide’s current offer is pick 28, and that is likely be pushed back with a number of father-son and academy selections in this year’s draft.

Port Adelaide believe next year’s draft is strong and will likely use their second or third pick on father-son prospect Jase Burgoyne, son of premiership great Peter.

It’s the second consecutive year that Fantasia has attempted to get to Port Adelaide, although negotiations weren’t nearly as advanced 12 months ago as they are now.

Fantasia has just turned 25 and has played 80 games in seven seasons at Essendon.

Meanwhile Shaun McKernan is continuing to weigh up interest from both St Kilda and Melbourne after being delisted by Essendon at the end of the season. The Saints and the Demons are both looking for a back up ruckman who can also provide some experience and height inside 50.

“‘Walla’ [McDonald-Tipungwuti] is a good chance of kicking a goal, but we thought other guys …