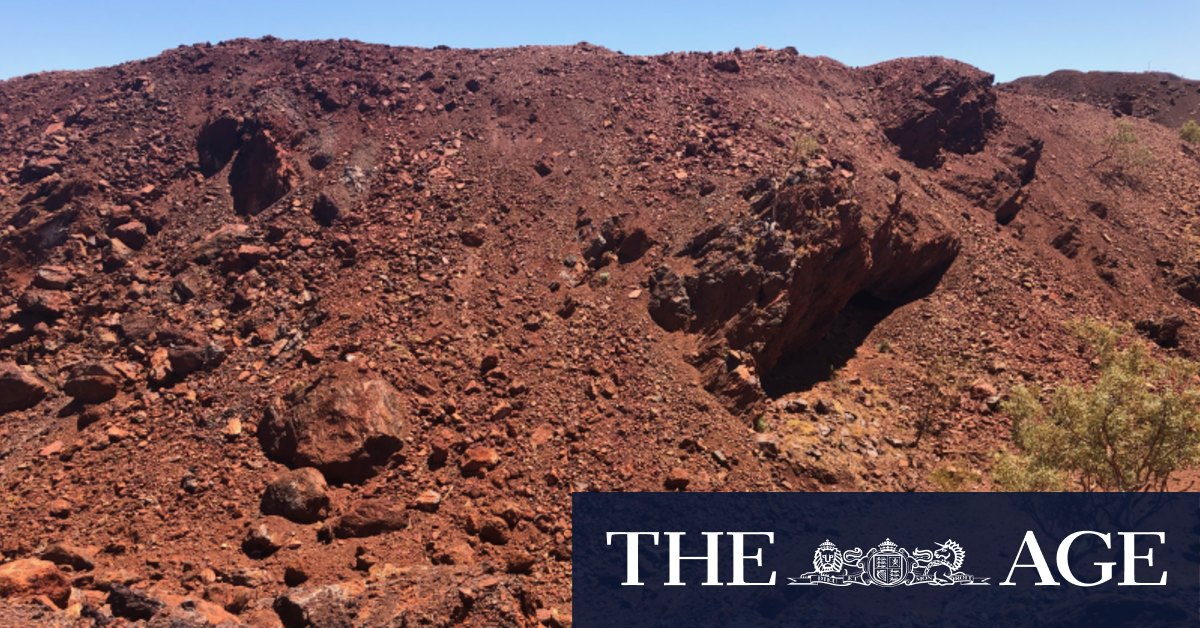 “I think as Australians we all should be devastated with what’s been done and we need to make sure it is rectified,” he said.

“They’re never going to recreate it, never recreate what it was, but there is certainly an opportunity to rectify.”

The blast has since claimed the jobs of Rio Tinto chief executive Jean-Sebastian Jacques and two of his deputies, but throughout the inquiry the executive team has been adamant they were not aware of the cultural and heritage significance of the shelters until after explosive charges had been laid.

Mr Entsch has been vocal in his scepticism of these claims and doubled down on his comments after witnessing the site.

“They did a full geological survey of all of these caves and shelters and later on had an excavation where they pulled up close to 7500 artefacts. This is not petty cash; the payment for these things wouldn’t have been authorised by the tea boy,” he said.

“I couldn’t believe it was done without the knowledge of the hierarchy as they claimed, no way in the world it could have been missed.”

Rio Tinto declined to provide any further comment, instead deferring to comments made by Mr Jacques and Indigenous Affairs adviser Brad Welsh to the inquiry on October 16.

Mr Welsh said Rio Tinto had agreed to cease mining activity around the shelter sites while they worked with the PKKP on a plan to protect the area.

“We have undertaken a workshop with PKKP. We’ve agreed to a number of immediate actions prior to the 2020 wet season,” he said.

“That plan is being developed and is due to be delivered to the PKKP imminently for independent review. As soon as we have the support of the PKKP, we will be implementing that.”

“We believe the committee now has a far stronger appreciation of the extent of the disaster and what this special place means to the PKKP people,” he said.

Mr Entsch said he expected the committee to deliver an interim report by December.

Previous Fetch your tin helmet: Trump has set in motion a fateful chain of events
Next ‘He made me pay for it’: Blunder that could cost Gutherson Origin spot