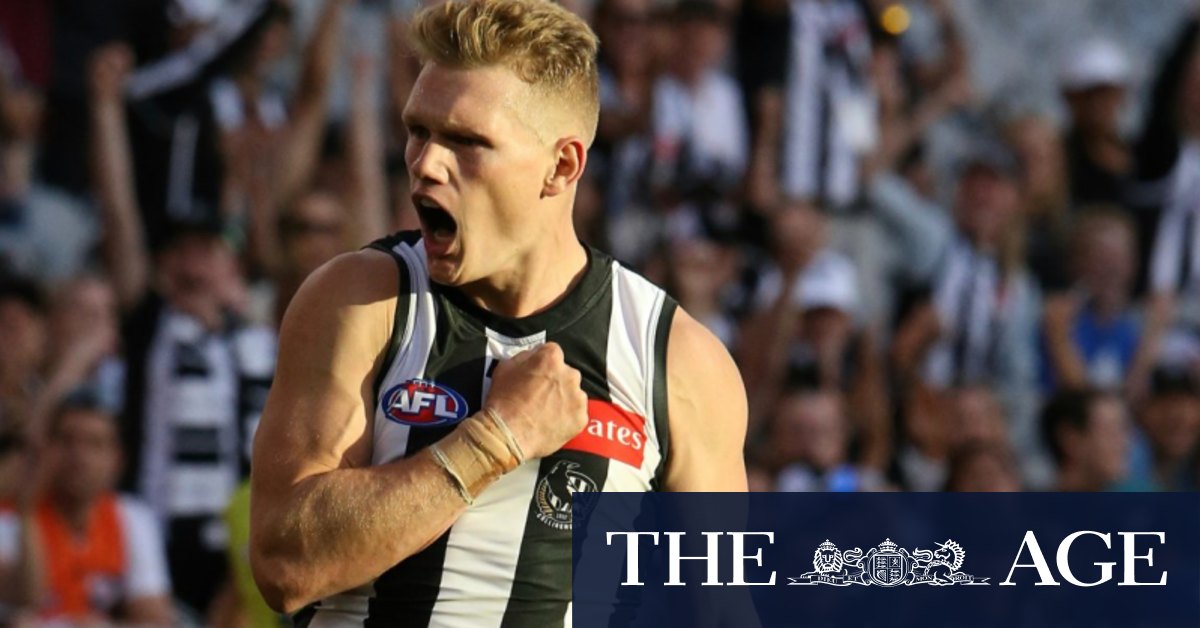 It is doubtful if the Bulldogs could pursue Treloar without a player going out of the club to create salary cap space.

Treloar is contracted for another five years at Collingwood in a deal worth about $900,000 a year but the Magpies are open to trading him.

Treloar has reportedly told teammates his relationship with the club has now broken down to the point he will not return. The story was reported by Fox where Treloar has been employed for regular appearances for several years.

Treloar has previously said he was not interested in a trade to the Gold Coast where his partner, netballer Kim Ravaillion, and young baby are moving next season for Ravaillion to play netball.

Treloar wants to remain in Melbourne and play at a club in contention for a flag. St Kilda were interested but the arrival of Brad Crouch as a free agent has almost extinguished that because of salary cap pressure.

The Bulldogs fit the criteria he wants – a Victorian club and one in contention – and so could shape as a potential destination if the Dogs’ attitude on Dunkley shifts.

The Bulldogs have been uninterested in discussing a Dunkley trade with Essendon because they want to keep the player and the Bombers have little of trade value to interest them.

The Bombers have two early draft picks – six and seven – but the Dogs are not interested in early draft picks this year as they know the pick would be absorbed by the points required to secure their next generation academy player and potential number one draft pick Jamarra Ugle-Hagan.

The potential to turn that early pick into a midfielder like Treloar, who is a player with a point of difference in their midfield, might hold appeal to the Bulldogs in salvaging a situation of a player wanting to leave.

The Dogs are also open to trading their first draft pick – 14 – for the same reason of being able to secure the requisite points they need for Ugle-Hagan by bunching together second and third round draft choices.

Essendon, meanwhile, remains in a stalemate with Carlton over the Adam Saad trade. Essendon want pick eight from Carlton for the player but the Blues believe that is too much for him and want something back from Essendon in any exchange.

Consequently, the Blues have been exploring options to trade pick eight into two later first round draft picks and give one of those to Essendon for Saad.

Essendon has said they are happy to take Carlton’s future first round pick instead of pick eight.

The Lions had wanted to keep Martin but with nearly all of their players signed for next season, at a time when the AFL is set to reduce list sizes, they had few options for retaining him.

Previous ‘People are going to come at us’: Thunder teens work to avoid second-season slump
Next Zero gravity: RBA’s emergency measures take us far from normal