admin November 6, 2020 Victoria News Comments Off on Coate’s first quarantine report tells us plenty and none of it is good 142 Views 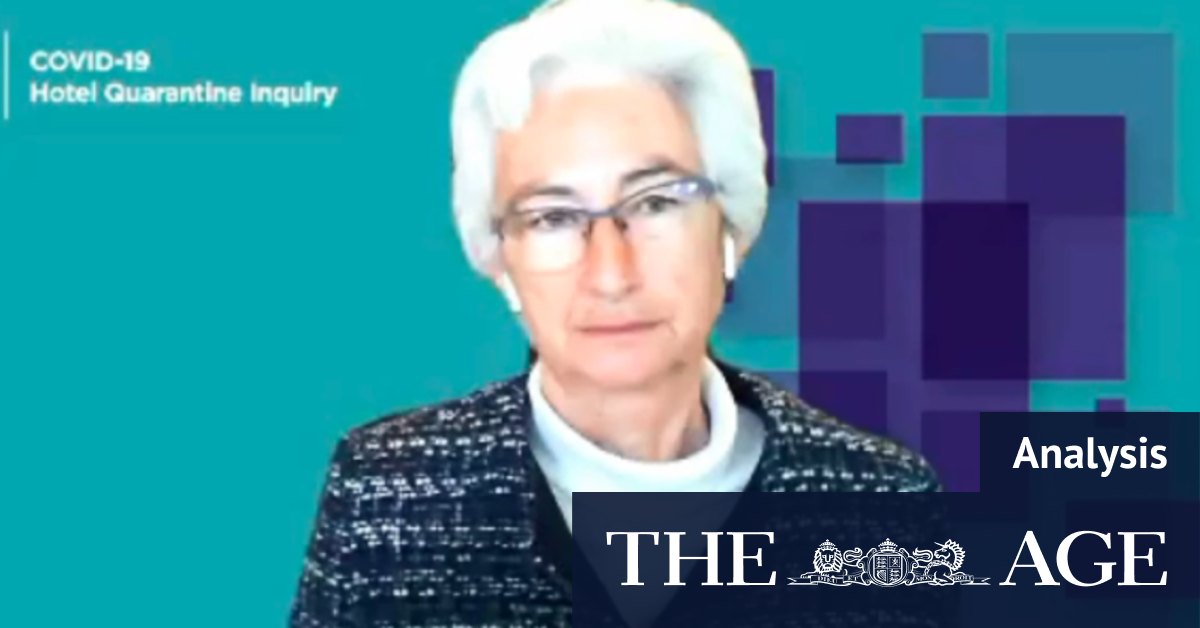 But looking down Coate’s long to-do list for a competently-run “facilities-based” quarantine effort to protect a local population from overseas acquired COVID-19 infections, it’s hard to find anything, anything at all, that was done right by Victoria the first time round.

Coate says a well-run program should have clear lines of accountability and responsibility, but on hotel quarantine version 1.0 we got anything but.

“Fragmented lines of responsibility and ambiguity, and uncertainty about where accountabilities lie, compromise a system that carries with it such weighty consequences,” wrote Coate in her report.

Staying on the hot topic of accountability, Coate wants one minister in charge – not four – and an oversight group chaired by that minister’s departmental boss who keeps detailed records of its meeting and decisions.

Compare that with the tangled mess of ministers, senior bureaucrats and cops that emerged in evidence before Coate’s inquiry when it was trying in vain to get to the bottom of the fateful decision on security guards.

The inquiry chair also recommends that everybody working in hotel quarantine needs to be clear on what they’re supposed to be doing and how to do it.

Coate also recommends that casual staff shouldn’t be employed and that workers in the program, whatever their role, shouldn’t be working second or third jobs.

On and on it goes, for most of Coate’s 64 recommendations, from personal protective equipment to the treatment of detainees – who’ll be called “residents” next time round – to on-site contact tracing ability.

Yes, hindsight is a wonderful thing, government people might argue and the failures of the first effort at hotel quarantine handed Coate a sort of reverse template to work from that wasn’t available to those who scrambled to set the thing up.

Coate’s inquiry had a lot more time to design a program than the two days the state was given back in late March and the report did find some things that went right with hotel quarantine in Melbourne.

But Friday’s report annihilates any notion that everything might have been OK with Victoria’s hotel quarantine program, except for just a few little things that went wrong.

Now we wait – until just before Christmas – for the inquiry’s second report and if Coate’s first effort is any guide, plenty of people will be worried about what’s coming next.