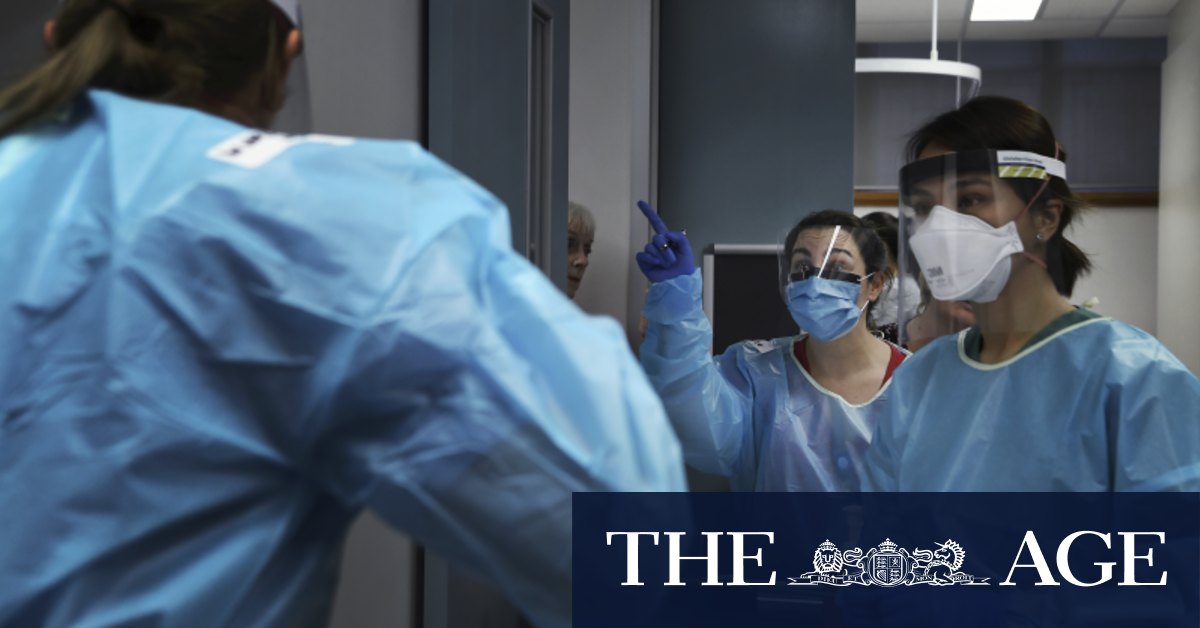 The debate around how the coronavirus spreads has major ramifications for how the disease is managed and whether protection afforded to health workers at higher risk of catching the virus has been adequate.

However, Australia’s Deputy Chief Medical Officer Nick Coatsworth told The Age that while poor ventilation was a “potential factor” in coronavirus spread, cases where administration and other support staff had caught the disease was not proof of it.

He said a receptionist might have caught the virus from touching something an infected colleague had, such as a computer keyboard.

Dr Coatsworth said it remained the position of the Australian Health Protection Principal Committee and the Infection Control Expert Group that the main causes of transmission of coronavirus was not aerosol spread, but direct contact with an infected person and respiratory droplets.

These droplets could be spread by talking, shouting, singing, coughing or sneezing.

He said aerosol transmission was also accepted in some select circumstances.

Dr Coatsworth said at one hospital there had been assumptions that inadequate personal protective equipment led to the spread of coronavirus.

“Then it become very clear with the in-depth investigation that the transmission event occurred when people had taken their [protective equipment] off and were in close contact, without PPE on,” he said.

During a major outbreak at the Royal Melbourne Hospital, which resulted in 262 worker infections, including 44 cases among security, food administration and other support staff, a decision was made to close some wards in the hospital, first constructed in 1944, after an assessment of patient placement and air circulation.

It is believed that the risk of catching coronavirus on a plane is relatively low and Professor Sim, the president of the Australasian Faculty of Occupational and Environmental Medicine, said the good ventilation and a high turnover of air in aircraft could be key.

“There is increasing evidence that ventilation rates, especially in crowded indoor spaces, is really key to reducing the chances and risk of infection,” Professor Sim said.

Mr Hewat, who also sits on the taskforce, said that in one Victorian nursing home, air had been coming out of a resident’s room and funnelled into the corridor where the nursing station was.

“It’s just spreading the virus, and all the staff got infected,” he said.

He said the audit of ventilation systems would establish sites that did have adequate ventilation, which could be used in any future outbreaks.

Experts have complained about the lack of detail in the data published about infections among Victoria’s healthcare workers to date, though there are now respective interviews and a data team attempting to provide further answers to how 3574 workers caught the virus.

There is just now one active case in this group, out of 15 cases in Victoria.

The Victorian Health Department have begun a new analysis of the source of healthcare worker infections, the characteristics of workers that have been affected, the patterns of transmission and the settings in which outbreaks have occurred.

“The Victorian government has further increased PPE guidance to include all scenarios where care is provided to probable, suspected and confirmed COVID patients, regardless of the amount of time in contact,” a spokesman said.