Crown’s Barangaroo delay on cards at make or break meeting 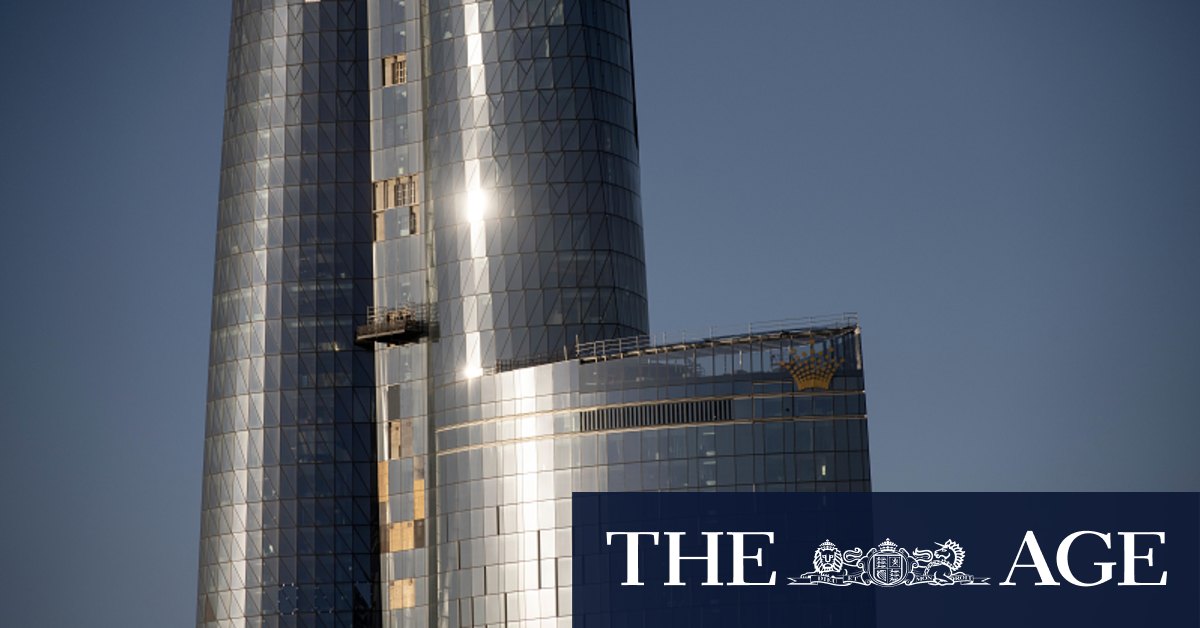 Ms Sharp told Commissioner Patricia Bergin that Crown’s junket partnerships showed it was not suitable to have a casino licence and, significantly, that the “limited suite of proposals” it has put forward to fix this problem would not make it suitable.

“The gestures are largely tokenistic and cannot be expected to address the more fundamental problems of risk management, corporate governance and culture,” she said.

The NSW inquiry was launched in response to a series of reports by The Sydney Morning Herald, The Age and 60 Minutes that revealed many of the junkets Crown worked with had clear links to powerful Asian triad gangs.

Over the past three days, counsels assisting have submitted that Crown is unsuitable as a licensee due to its failures to protect staff in China before 19 were arrested there in 2016, and said that the NSW casino regulator should consider banning Mr Packer due to his harmful influence over the company.

Ms Sharp said on Friday it was Mr Packer, during his time as Crown’s chairman, that set in train its strategy of working with junkets and had set a “dubious tone” across the business that “put profits above all else”.

Counsel assisting Scott Aspinall said on Friday it was clear from the numerous instances of money laundering at Crown’s casinos examined in the inquiry that Crown had a culture which “either facilitates money laundering or is recklessly indifferent to whether or not it occurs”.

“An available finding is that Crown Resorts… did engage in money laundering, in the sense that they became involved in or facilitated or enabled money laundering to occur within the casinos or through [its] accounts,” he said.

Mr Aspinall said Crown “could not be trusted” to make sure those failures did not happen again. Whether Crown allowed money laundering to happen because of “ineptitude” or “reckless indifference”, neither was compatible with it holding a casino licence, he said.

Mr Sharp submitted that by failing to ensure it only went into business with people of good repute, Crown had breached one of its core obligations under NSW’s gambling laws and compromised its objective of keeping casinos free of crime and criminal influence.

The inquiry, which has the same powers as a royal commission, has heard how for many years Crown was warned in media reports, internal due diligence reports and even by the financial crimes regulator Austrac that it was in bed with people linked to organised crime.

However, it continued working with these junkets to bring billions of dollars into its casinos in Melbourne and Perth, claiming these reports were only ever “allegations”.

Ms Sharp said that in these situations, Crown should have taken the approach of “when in doubt, rule it out”.

“Precisely the opposite approach was adopted: if there was doubt, rule them in until the allegations could be substantiated in some way that’s never been articulated,” she said.

Crown has said it has paused dealing with junkets until the middle of next year and is reviewing how it will work with them, if at all, after that. Ms Sharp said this meant the inquiry could not know what Crown’s future intentions in relation to junkets were, to which Commissioner Bergin agreed made it “all a bit uncertain”.

“Nobody knows what will happen because, I’m told for instance by a coupe of the [Crown] directors, that one just has to wait to see what’s going to happen,” Commissioner Bergin said.

“They’re going to take the next six months to work it out. That’s as good as it gets I think.”

Commissioner Bergin must deliver her findings by February 1 to ILGA, which will make the ultimate decision on whether Crown can keep its licence. While an inquiry’s commissioner does not necessarily accept all their counsels assisting’s submissions, they can give a strong indication of the final findings.