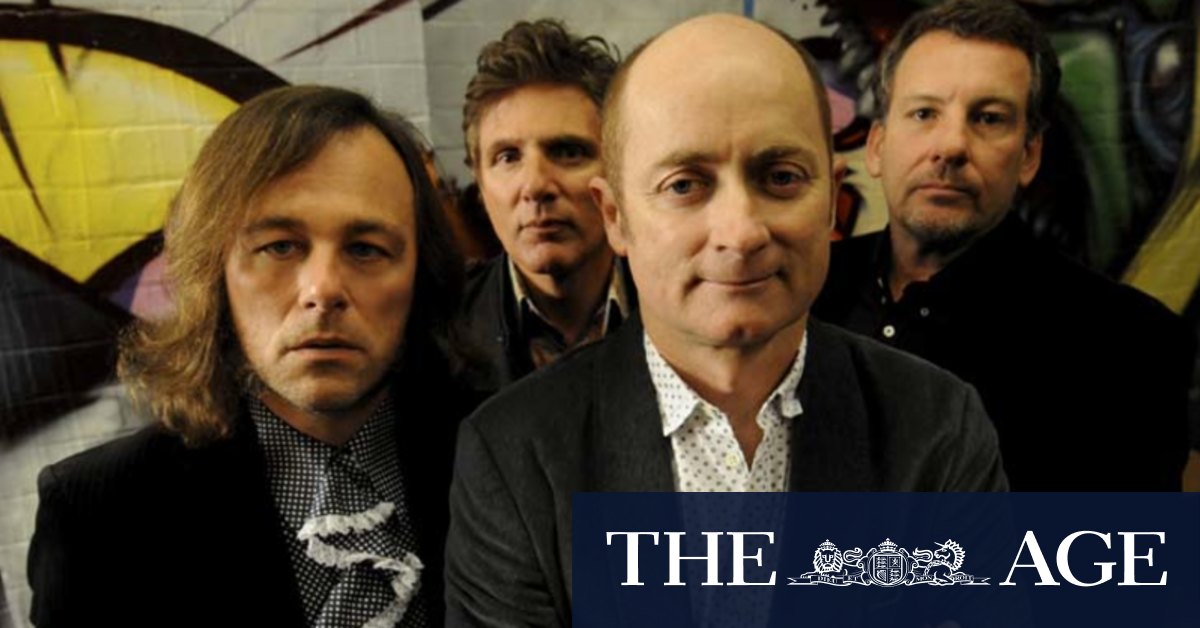 It’s a tribute to the Gurus tightness, showmanship and sheer number of well-known tunes that the sound balance didn’t detract from things too much.

And while we couldn’t hear him very well, Faulkner was clearly giving his all at his first show in months, dancing deftly as he thrashed his Telecaster.

The 63-year-old also had the guts to share several more of the new songs he’d been writing, including latest single Get Out Of Dodge, whose sunshine pop harmonies shone through, and to-be-recorded World Of Pain, which rode a Nutbush pattern to pleasurable effect.

But while Trump take-down Hung Out To Dry oozed garage rock attitude, Faulkner’s snarling topicality would have been lost on all but those who already knew the words.

Familiarity was no problem for Hoodoo Gurus’ 1984 to 1991 catalogue. The slow-burning introduction to Bittersweet still provoked gooseflesh, while the chance to wail along with I Want You Back sparked a welcome vibe amid the sedentary social-distancing.

The second half was dominated by the Hoodoos’ heyday. Two of the Sydneysiders’ sturdiest grooves, Death Defying and Miss Freelove ’69, upped the energy in the room, inspiring what you might call a collective power-squat.

An emotional high point was 1000 Miles Away, its years as a setlist staple evident in the epic sweep the band gave the power ballad, though any lingering sentimentality was snuffed by going straight into a stonking Kamikaze Pilot.

Party time continued in the encore. The Gurus still looked like they were having fun with What’s My Scene, especially Shepherd, who scissor-kicked on the opening downstroke and saved his most histrionic fretwork for its solo.

Then Like Wow – Wipeout was a final reminder of the band’s primal power, and the one song the murky mix made better.

Previous Rowdy demonstrations take the nation’s divide to the streets
Next As it happened – AFL trades: Dogs ‘blindsided’ by Dunkley, McKernan a Saint

Yep. For the third time in six Tests, Reece Hodge has a shot at goal …