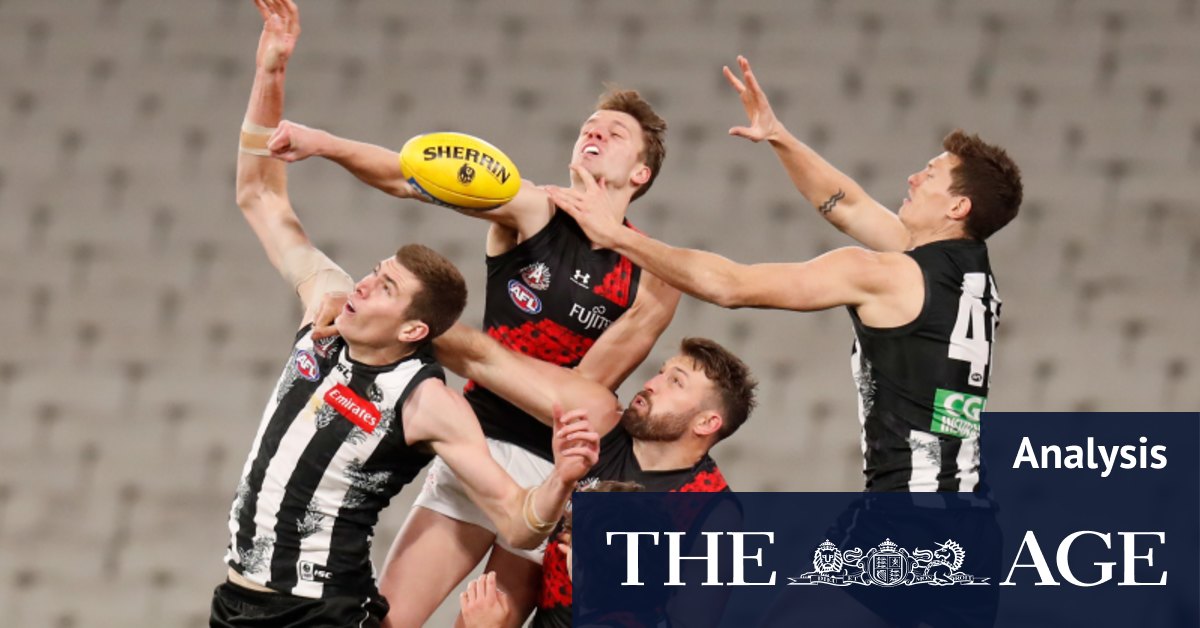 Adam Treloar did not wish to be traded to the Gold Coast, or indeed, to any club. But from what I gather, Treloar is coming to terms with the reality of his situation, which is that Collingwood – the club that courted him and gave up a small fortune and two top 10 picks to gain him – wishes to offload him.

For Treloar, the equation has almost certainly turned from whether he will be traded to one of destination. He will be coming to terms with the fact that Nathan Buckley, who first coached him in the Victorian country under-16s and has supported him in dealing with anxiety, views him as one the expendables.

No part of the game is more brutal than the trading circus and, after nursing that bruise to the soul, Treloar has to quickly sum up his options: Is he willing to go to the Bulldogs, on the proviso that they release Josh Dunkley to Essendon? Can he reconsider the Suns, for the family reasons (his partner and child moving to Queensland to further her netball career)? Although that option might have been voided given that the Suns have said – quite reasonably – that they see no point in pursuing a player who doesn’t want to play for them.

There will be other suitors for Treloar, and you can bet on Collingwood paying a portion of the midfielder’s very significant five-year contract. No club will give the Pies the kind of draft pick they want unless they pay a share.

Tom Phillips, too, is in the departure lounge; it’s just a question of where he lands, and on what terms. He’s been squeezed out for partially different reasons – Josh Daicos having taken his spot on the wing – but the bottom line is the same: the Pies want to redress the salary cap/contractual issues that have made them a spectator in free agency for four years.

Jaidyn Stephenson and Mason Cox are on the watch list for trades, which underscores Collingwood’s suddenly hard-edged view of their playing list and apparent belief that they need to be in the 2020 draft.

In contrast to the Magpies, who are pushing players out or putting the for sale sign up, the Bombers are losing two players who wanted to be home (Conor McKenna and Orazio Fantasia), one who craved a fresh start in another city (Joe Daniher) and then the more troubling flight of Adam Saad.

The upshot, though, is that like Collingwood, the Dons are following the template established by Port Adelaide in 2018: the draft refresh or redress, which involves a recognition that the club couldn’t keep adding seasoned players.

If Dunkley would be an excellent acquisition, the Bombers can’t assume that the Bulldogs will buckle and relinquish a quality player entering his prime.

As it stands, the Dons have picks six and seven and are well-positioned to snare pick eight from Carlton for Saad (logically the Blues should get a later pick back). Assume that if the Dogs deal Dunkley, they lose one of those picks. Jye Caldwell, only 20, could cost another. But they can still enter the national draft with three picks inside 20 – a hand not dissimilar to Port’s 2018 picks, which transformed the Power.

The Pies have another complication in this trade period: that they have Nick Daicos, allegedly a top five pick next year, in the wings, and they know that they will probably lose their first round pick, via another club’s bid for Daicos, in 2021.

Collingwood, thus, has an incentive for swapping next year’s first round for a pick in the first round of this year’s national draft, knowing that the pick could well be swallowed up by Daicos.

In terms of public relations, the Pies and especially Dons are copping some dents, because players are for sale (Collingwood) or leaving (Essendon).

Circumstances, though, have placed them in a position where they must pay little heed to fan agitation or external barbs. The draft can redress their issues more effectively than any fish they land in trades, sardine or barracuda.

Previous Scholar, carer: How Jolyon got through year 12 when his family got COVID-19
Next Coate’s first quarantine report tells us plenty and none of it is good

The Bombers have multiple list vacancies, which they could fill during the pre-season supplemental selection …