Only 13 Melbourne postcodes still have an active COVID-19 case 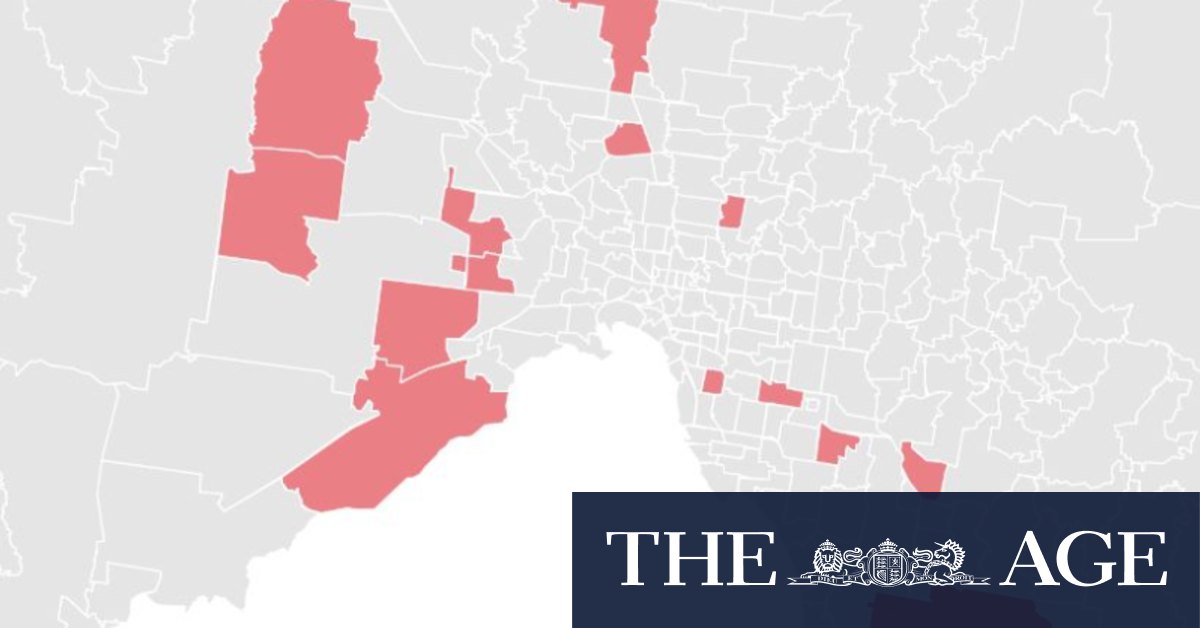 There is one active case the following postcodes:

The Department of Health and Human Services data shows the state’s two current mystery cases (infections that cannot be traced to an existing cluster) are in 3023 and 3081.

All the state’s active cases are in metropolitan Melbourne. All regional Victorian postcodes have had zero active cases since last Wednesday, when Shepparton was cleared of two active cases.

At the peak of Victoria’s second wave of coronavirus infections, 307 of the state’s populated postcodes were home to at least one active COVID-19 case. Now there are just 13 postcodes with active infections.

By comparison, this is what the map looked like on August 13, around the time that the number of active cases in Victoria peaked:

Back when this map was current, there were 463 active cases in postcode 3029 (Hoppers Crossing, Tarneit, Truganina); now there are just two.

As of Friday, there are no active cases remaining in the state’s aged care sector and only one active case among health workers.

Victoria currently has fewer active cases than New South Wales, however this comparison is not an entirely fair one to make because the bulk of active cases in NSW are returned travellers from overseas in hotel quarantine.