Breaking News
Home / Victoria News / Scholar, carer: How Jolyon got through year 12 when his family got COVID-19

Scholar, carer: How Jolyon got through year 12 when his family got COVID-19

admin November 6, 2020 Victoria News Comments Off on Scholar, carer: How Jolyon got through year 12 when his family got COVID-19 73 Views 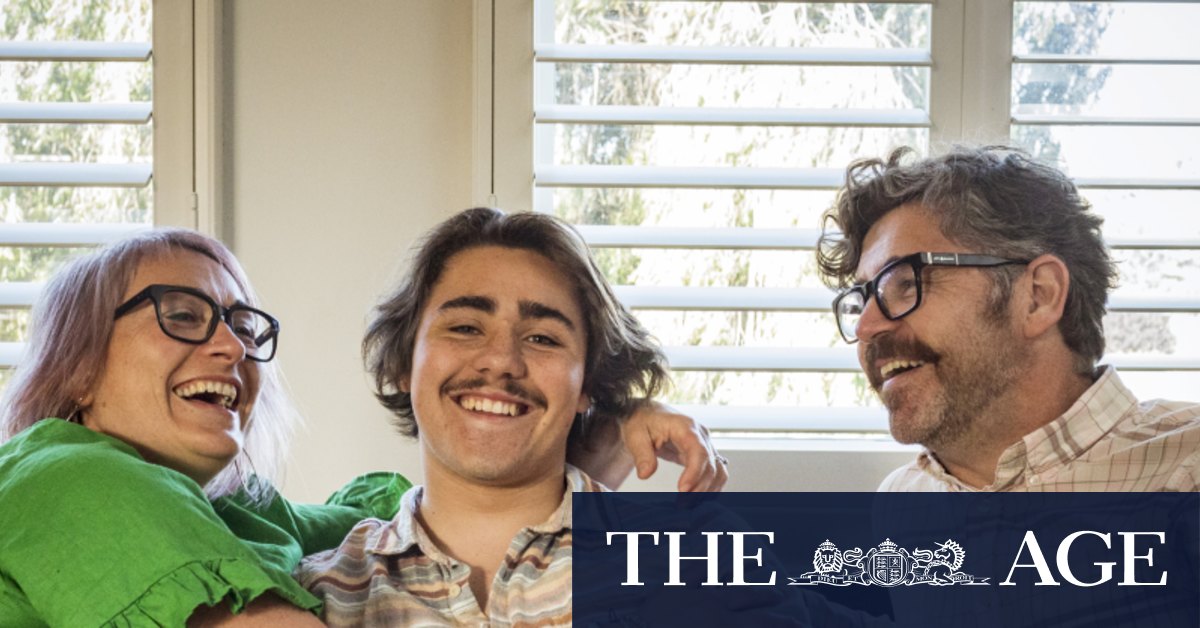 “I was trying to keep up,” he said of his family’s stressful period of isolation in term three.

“After the first week or so I struggled, you know, making meals for my family and looking after them during the day, then trying to log on.”

Teachers at his school, Edmund Rice Education Australia’s St Joseph’s College in Geelong, urged him to focus on caring for his family and to let study take a back seat.

“A lot of my teachers said ‘look, there are more important things going on at the moment’. They wanted me to keep in touch as much as I could and do as much work as I could but they didn’t want to put too much pressure on me,” Jolyon said.

Some of them also started to drop off cooked meals for dinner, as did the teachers at Sacred Heart College, the Geelong girls’ school Jolyon’s younger sister Matilda goes to.

“It was quite overwhelming in terms of food delivery; virtually every day food parcels were arriving,” Jolyon’s father Paul Simpson said.

Mr Simpson was part of a healthcare team that quickly took control of an aged care home in Geelong that suffered a fatal outbreak of coronavirus in late July.

More than 100 staff were stood down “virtually overnight”, Mr Simpson said, as other health workers “rode in like the cavalry to take over” and care for 150 residents.

It was during that first shift – a 14-hour marathon – that Mr Simpson suspects he caught the virus, while helping an elderly woman who had fallen onto the floor.

Mr Simpson spent a week wracked with fever, confined to a bedroom, door closed, while his wife Helen, also a hospital worker, confined herself to the lounge room after catching the virus from him.

Paul and Helen emerged from their isolation after two weeks, but their children’s schools remained closed to them for the rest of the term under Victoria’s coronavirus restrictions.

Jolyon, for whom the beginning of the year 12 exam period is just a few days away, said he and many of his classmates were just aching to put the year behind them.

“Everyone, teachers and students included, is a bit drained from this crazy year,” he said.

“We’ve really got to knuckle down and try and push as much as we can, but having the special consideration is going to help a lot because I do feel like not everyone is going to be at their best.”

VCE exams begin on Tuesday, when students sit the English exam, and wrap up on December 1. Tens of thousands of students will be individually assessed for special consideration of disadvantage due to COVID-19 when they get their results on December 30.

St Joseph’s College principal Tony Paatsch said the year 12 students of 2020 were forced to take extra responsibility for their own learning in the highest-stakes year of their schooling lives.

“There’s absolutely no doubt that for the vast majority of students, their ability to learn and perform in exams has been impacted by COVID and remote learning,” Mr Paatsch said.

Previous Why they love Trump to death: explaining America’s 48 per cent
Next Magpies, Bombers seek similar outcomes for different reasons