Breaking News
Home / World News / The audacity of lies: Trump has been planning this all along

The audacity of lies: Trump has been planning this all along

admin November 6, 2020 World News Comments Off on The audacity of lies: Trump has been planning this all along 51 Views 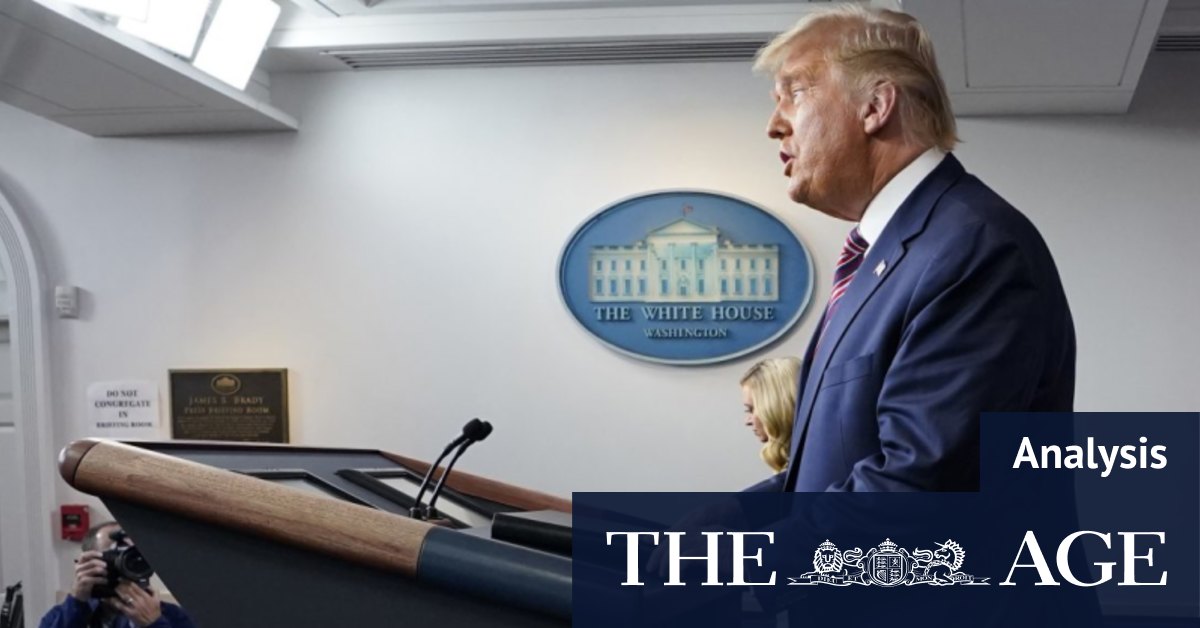 Trump’s comments were appallingly reckless, given the very thing the US needs right now is faith in its voting system and a leader who knows how to turn down the temperature.

But this rejection of the basic functions of American democracy has been months in the making.

Like most things involving the President, it started with a tweet. On July 30, Trump put out an inflammatory post suggesting the election should be delayed — an idea that was immediately rebuked, even by some of his top allies, such Senators Mitch McConnell and Lindsay Graham.

“With Universal Mail-In Voting (not Absentee Voting, which is good), 2020 will be the most INACCURATE & FRAUDULENT Election in history,” Trump tweeted. “It will be a great embarrassment to the USA. Delay the Election until people can properly, securely and safely vote???”

The tweet, however, was just the beginning. Indeed, raising doubts about the validity of the election has been a central part of Trump’s campaign messaging for months, and he’s used almost every public opportunity to rail against mail-in ballots, even though there is no evidence it leads to “widespread voter fraud”.

Is it any wonder many of his supporters chose to vote in person on election day, ensuring most of the postal votes he’s now seeing are coming from Democrats?

It’s also worth considering some other things Trump has said and done in the lead up to this extraordinary week.

In August, for example, there was stand-off between Democrats and Republicans over billions of dollars in Congress-allocated funds that could have been used to improve the US Postal Service — the very institution in charge of ensuring ballots were properly delivered this week.

When Trump was asked about this matter in an interview with Fox News that month, he all but admitted that he was holding up the money for political reasons.

“They need that money to make the post office work so it can take all of these millions and millions of ballots,” he said.

Also in August, Trump told Fox News presenter Sean Hannity he wanted to dispatch law enforcement officials to polling places to guard against voter fraud — even though it was uncertain whether he could legally do so.

By September, he was rallying his supporters to get behind the cause, telling them during the presidential debate to “go into the polls and watch very carefully, because that’s what has to happen”. They obeyed.

Last week, a report also emerged by Axios’ Jonathan Swan that Trump was considering declaring victory on election night, even if votes were still being counted. He denied it, of course, but that’s exactly what he ended up doing.

As for the legal challenges we’re now seeing in battlegrounds such as Pennsylvania, a “Lawyers for Trump” group was established in June and it was certainly ready when the President declared on Monday: “As soon as that election is over, we’re going in”.

The predictability doesn’t make it any less shocking, mind you, and it’s particularly troubling that the President is now repeating his false election night claim that he is being cheated out of victory.

At Friday’s press conference, he accused the Democrats of “tremendous corruption and fraud” even as votes are still legally being counted.

He repeated his threat to petition the Supreme Court, further treating the institution as a political tool.

And he insisted that the only way he could lose was if the election was stolen from him, adding to the unrest already playing out in a bitterly fractured nation.

His Democrat challenger Joe Biden responded on Twitter shortly after, calling for calm as the world watched on. “No one is going to take our democracy away from us,” he said. “Not now, not ever.”

Maybe so, but it seems that Trump has spent months laying the groundwork to do just that.

Farrah Tomazin is a senior journalist covering the 2020 US presidential election.